The Public Still Has A Very Poor View Of Congress 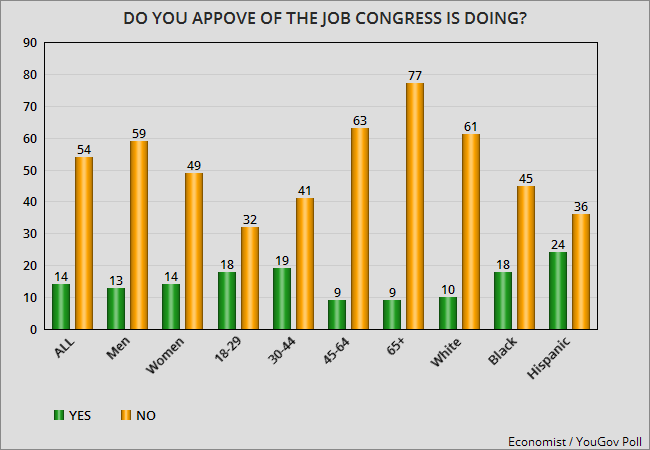 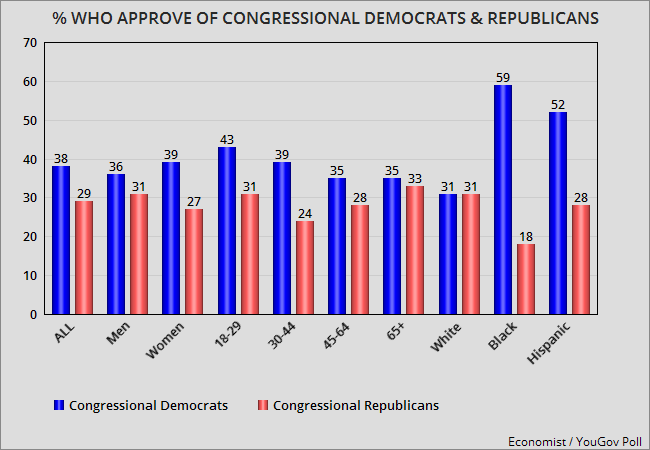 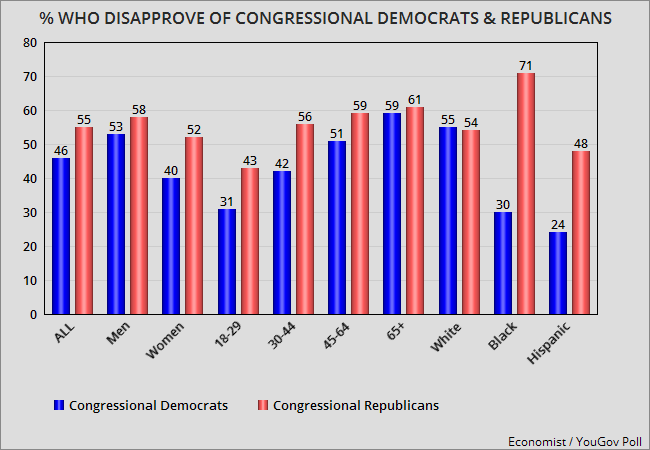 These charts are made with information in a recent Economist / YouGov Poll -- done between December 3rd and 5th of a random national sample of 1,417 adults, with a margin of error of 3.2 points.

I think it is likely that the new Congress will be viewed as unfavorably as the current Congress, and with a Republican also in the White House, the Republicans are going to have to accept the blame for anything that happens. They can no longer blame their obstruction and incompetence on the Democrats.

The Public Still Has A Very Poor View Of Congress