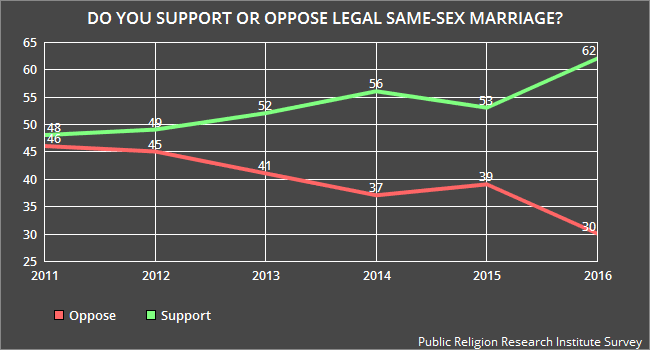 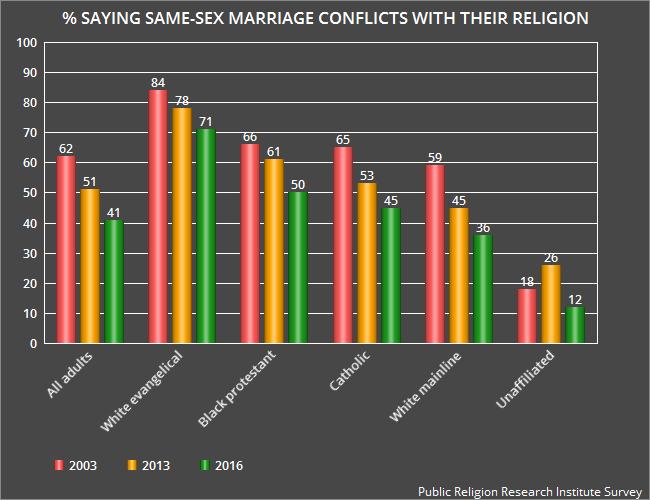 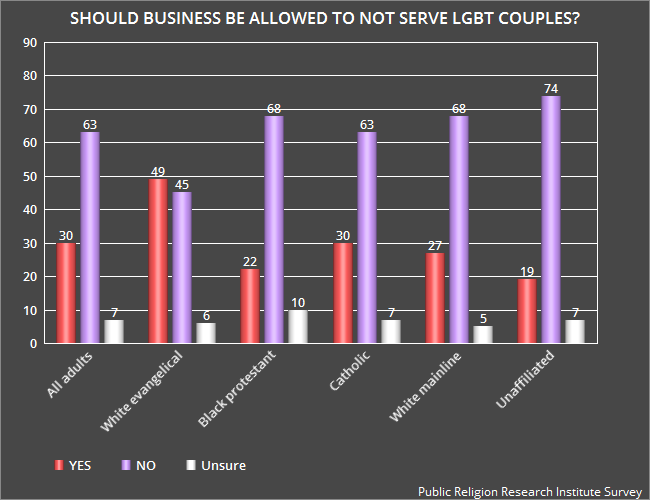 It seems that the U.S. really is becoming more receptive to equal rights for all. These charts were made from a new Public Religion Research Institute Survey -- done between August 10th and 16th of a random national sample of 2,014 adults, with a 2.6 point margin of error.

Even better is the news that religious opposition is falling among all religious groups (see middle chart). Even the white evangelicals, who had the highest percentage of opposition, is starting to come around. In 2003, 84% of white evangelicals said same-sex marriage conflicted with their religious views. Now only 71% say that -- a substantial 13 point drop. That drop is also similar in other religious groups (and among the general population).

Regardless of their view on same-sex marriage, it looks like the general public and nearly all religious groups don't want businesses discriminating against the LGBT community (for religious reasons). Only one group, the white evangelicals, say otherwise (49% supporting discrimination and 45% opposing it), and even among them it is not a clear majority.

I found this survey encouraging, because it shows that progress is being made toward a country with equal rights for everyone.