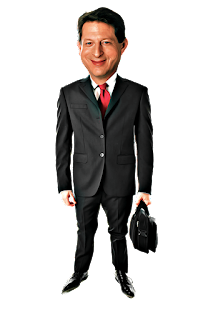 Sunday transfer talk: Manchester Unit…
Chaves Redencion 229
Outdoor Sofa vs. Outdoor Sectional – …
2009: Then Senator John Kerry said the Arctic would be ice-free by the summer of 2013.
2013: President Obama: Excessively high temperatures’ are ‘already’ harming public health nationwide.
2014: Inconvenient Truths: Atmospheric Natural Disasters Way Down, no Trend In Tornado/Cyclones Since 1950!
2008: ABC Prediction: NYC Under Water from Climate Change By June 2015 .
Top NASA experts predicted an ice-free Arctic for 2012, and it has happened – it never happened.
2006: “Due to Global Warming, the coming winters in the local regions will become milder.” Stefan Rahmstorf, Potsdam Institute of Climate Impact Research, University of Potsdam.
1970: Harvard biologist George Wald estimated that “civilization will end within 15 or 30 years unless immediate action is taken against problems facing mankind.”
“Population will inevitably and completely outstrip whatever small increases in food supplies we make,” Paul Ehrlich confidently declared in the April 1970 Mademoiselle. “The death rate will increase until at least 100-200 million people per year will be starving to death during the next ten years.”
It is already too late to avoid mass starvation,” declared Denis Hayes, the chief organizer for Earth Day, in the Spring 1970 issue of The Living Wilderness.
Al Gore prediction for January 26, 2016: “believes humans may have only 10 years left to save the planet from turning into a total frying pan.”
2007: Al Gore, "The North Polar ice cap is falling off a cliff; 'It could be completely gone in summer in as little as seven years. Seven years from now!" The ice caps are 76% larger today.
2007: Al Gore, “Hurricanes are increasing and getting stronger.” Hurricanes today are at a 50-year low.
Al Gore: 2007, “Snow and frost will disappear... more heat waves, no snow in the winter.”
There has been no Global Warming since 1998. This explains why they changed it to Climate Change, and no one sees Big Al any longer.
In closing, Al Gore raked in over $100 million flying around the world in a fossil-fuel guzzling private jet, and making speeches were his wares. Al's hockey stick has given the world the shaft.

This post first appeared on PoliticsRightHere, please read the originial post: here
People also like
Sunday transfer talk: Manchester United star says his name has been wrongly spelt for his entire soccer career whereas Conte says his gall bladder operation was successful .
Chaves Redencion 229
Outdoor Sofa vs. Outdoor Sectional – What Is The Difference