What Do Trumpist Schemers Really Want? 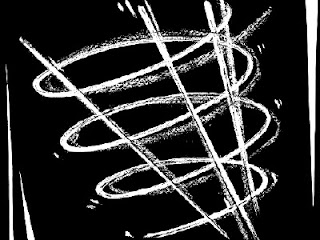 Truth is, those of us who cherish democracy and like to avoid giving Bullies their way need to do a better job of understanding the bullies who are our opponents. Thus, as we hear reports of chatter about more mob-driven events being planned, questions about the Trump cult's strategy need answers.

Like, what's the Purpose of such shenanigans?
Well, if the Congressional investigators look under enough rocks they are likely to find some answers.

Simply put, here’s what I saying: The planners who command the  the violent activist wing of the Trumpist Party want to use violence and intimidation as tools to win elections. So, like January 6th was, the next such event will a stunt designed to scare the hell out of people.

Therefore the next stunt's purpose will be to make anyone who opposes them feel afraid of vigilante violence. Same with the one after that. Generally speaking, extreme right-wingers have convinced  themselves that liberals are scaredy cats.

This post first appeared on SLANTblog, please read the originial post: here
People also like
How Stay Interviews Help Retain Top Talent
Lemon Blueberry Zucchini Bread
Modern Day Blackjack Developers Should Remember Atlantic City Blackjack When Marketing Their New offerings
Smart Tips on How to Get More Likes on Your Instagram Posts
A Furry’s Guide to Cryptocurrency
7 Indian App Alternatives to Popular Foreign Ones
Fun Facts About Italy: Interesting Things You May Not Know
“The Friend Who May Not Seem a Friend” – The Cat and the Fire, Post 2 of 3
Carpenter Ant Damage – Four Common Areas

What Do Trumpist Schemers Really Want?