Focus on the Two Bombs 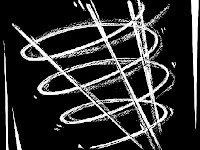 The big problem with passionately denouncing the Big Lie is this: it calls for the denouncer to explain that vague term by reciting a list of dishonest deeds that have to do with the election, its aftermath and the January 6th insurrection riot perpetrated by Trumpists (and their various allies). So that angle isn't as effective as it should be, because there are so many lies, so many outrages to be mentioned, that it has the effect of diffusing the attack on the so-called "big lie."
Which eventually can make the person reciting the dirty deeds list sound like just another Trump-hater. What Democrats need to do at this point is simplify their attack. And, then all do it every chance they get.
First, boil it down to one deadly sin that no one can defend -- the Bombs. It's pretty damn hard to sell the notion that bombers are "tourists."
Thus, from here on, Democrats need to start every media interview by asking the same questions about the mystery surrounding those two bombs. Then asking why Republicans appear to want to cover up the truth about those bombs planted in the Capitol Hill neighborhood. Why block an investigation?
So, instead of rambling on about a thousand Trump lies, then Trump's terrible incompetence, then his connections with fascist groups, and so forth, it should go like this:
Those essential questions on bullet points above should be asked by elected Democrats every time a microphone is put before them by the press. Yes, before they answer questions on any other topics, that set of questions should be repeated. Every time. Then go on to other topics.
Every time.

Focus on the Two Bombs