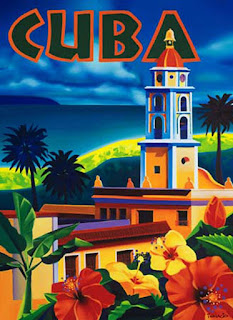 Michael Dingake.─ You weren’t self-educated but you can read, write and make artistic drawings, you may even be Doctor of medicine, law professor or  professor of something. You aren’t a woman or man but you have children or you hope to have children one day. Without other human beings you are nothing, I’m nothing, she/he is nothing! Why then do most of us think we’re everything or everybody?

Winston Churchill denouncing the USSR, former ally in WW II against Hitler said: “I cannot forecast to you the action of Russia. It’s a riddle wrapped in a mystery inside an enigma!” Churchill we know was an arch-imperialist who boasted, “The sun never sets in the British Empire!” He had no right to judge the USSR who in spite of her dictatorial leader, Josef Stalin had sacrificed more than twenty million Russians to defeat Hitler and save the world from Nazi tyranny, the tyranny of Aryan supremacy;  Churchill and Hitler were one of a kind, enigmatic, barely distinguishable except by nuanced gradations of brutality.

Humans are interdependent. One human being without another or others is lost and cannot be human. I argued with somebody who wanted to tell me that Batswana are not ‘philosophers,’ implying Batswana don’t or can’t think imaginatively or creatively about human life, whether it be meaningful , predictable and valuable. When I enquired  whether his language had a  figure of speech equivalent expression to motho ke motho … He stammered and stuttered. He didn’t think the expression was philosophical  whilst I argued it was the bedrock of philosophy of man!

Since 1959 tiny Cuba lives the motto: Motho ke motho…. Castro leader of the revolution that toppled Batista, the arch-imperialist-puppet , is a giant with a prodigious love of fellow-humans: whether it be obscure individuals or national movements who struggle for their inalienable rights.  Nelson Mandela related an anecdote about Fidel in the presence of his housekeeper, a Mopedi lady whose leg he was pulling in the process. According to Madiba, Fidel was visiting him at his Houghton home. After their meal, when the helper came to collect the dishes, Fidel stood up to help the helper wash the dishes. “Ask her,” Madiba prompted, “she almost eloped with Castro….!” “Aowa,” She answered, blushing;  I could see how she was relishing memories of that day, with Fidel besides her, in spite of her denial.

From a newspaper story, Greta Garbo the Swedish film star, flew from New York to be with Fidel when he was enemy number one in Western eyes, sometime after the Bay of Pigs fiasco when Castro routed the JF Kennedy amateurish invaders.  Press described Greta as someone, who ,”projected an ideal beauty, un-matched in the history of film!” Fidel wasn’t only handsome/ attractive to women, he was a revolutionary extraordinaire who not only snatched Cuba from the clutches of Fulgencio Batista who had turned Havana into a playground of the American super rich, to extend his arm to all humanity who deserved human love.

Cuba’s economy though devastated by the brutal American-imposed blockade and labeled a terrorist state unjustly, has adopted a conciliatory Human Relations policy instead of foreign policy norm of the international community. Cuba’s largest world export is medical services. Cuban doctors are found in almost all developing countries’ hospitals. Her role, though undermined by US embargo was inimitable in the ebola-ridden West African countries! Tiny Cuba’s troops scattered American-apartheid joint forces to the four winds by the battle of Cuito Cuanavalle. Had Cuba not intervened in Angola, Swapo and ANC liberation movements might still be in the bush fighting apartheid and Jonas Savimbi, the tribal moron.

SADC region owes Cuba a big ‘thank you!’ Latin Americans countries previously hostile to Cuba from US villainous instigation, have become friendlier to Cuba. Just a fortnight ago Cuba and Colombia celebrated a historic ceasefire between FARC and the government of Colombia. For 52 years , FARC (Armed Revolutionary Forces of Colombia) has been in a fierce guerrilla war against successive Colombian governments; one can imagine with what devastating effects to the economy. Behind successive Colombian governments stood USA and the CIA with all the resources at their command.

FARC on the one hand enjoyed no material resources to talk about except the moral support from the world socio-politico-economic  underdogs. Atrocities were obviously committed by Colombian against Colombian. One woman is alleged to have been chained by the neck to a tree for four of her six years in captivity! ‘Inhumanity of man against man makes countless men weep,’ Can never be truer! Cuba could no longer watch unconcerned.

She offered a Havana venue to iron their differences.   Imagine a world without conflict; A world with a Human Relations policy, without war drums! At a  press conference on the eve of Pope Francis visit to Cuba, Bruno Parilla, the foreign minister gave a synopsis of the blockade’s impact: “….Over these decades (five) the blockade has caused damages of 121 192 000 000 dollars at current prices. ……The impact –the human harm the blockade causes every day, every hour  -- is extreme, and cannot be expressed in figures. The blockade is a flagrant, systematic, massive violation of the human rights of all Cubans….” I’d add, ‘all mankind!’ Without the blockade tiny Cuba would be a giant in the world of dwarfs, dispensing with human-kindness around the world!