A fascinating 1980 interview with Leonard Rossiter 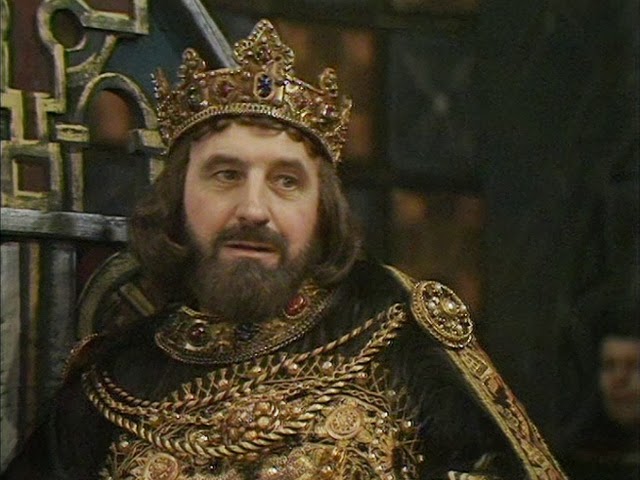 Leonard Rossiter is best remembered as the creator of Rigsby and Reggie Perrin, but before he was a sitcom star he was a celebrated actor on stage and screen. He has a habit of turning up in films (King Rat, 2001, Barry Lyndon) where you do not expect to find him.
Click on the image of Rossiter as King John above to watch an interview, recorded in 1980, in which he talks about his career.

Rossiter died in 1984, during a performance of Joe Orton's Loot. He was playing Inspector Truscott and I had seen him in the role only a few weeks before.

A fascinating 1980 interview with Leonard Rossiter