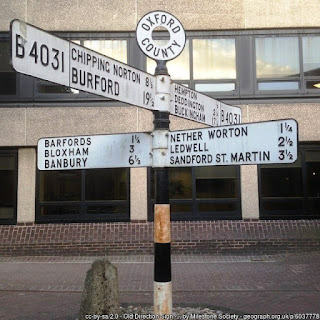 Matthew Pennell asks if the Liberal Democrats are in the business of building walls as well as knocking them down.

The media is obsessed with presenting events as dramatic and unprecedented, therefore it reported on the weakening of Labour’s hold on industrial heartland seats with alacrity. You’ve probably seen the phrase ‘Red Wall’ in print a thousand times since the 2019 General Election.

Two years on and it has a generals-fighting-the-previous-battle quality to it. All walls can fall down and we’re now seeing the cracks in the Southern Blue Wall that Liberal Democrats were hoping in vain to chip away at in 2019.

No one ever talks about a Yellow Wall because our Westminster power base isn’t substantial enough to represent a heartland, we have a cluster in South West London, that’s it.

In a post on my own blog about Lib Dem local election success in the countryside, I mentioned the jam doughnuts around university towns. Now in the Thames Valley, Cotswolds and Avon hinterland we have more of a family-sized lasagne dish emerging.

The Oxfordshire halo spreading out from the county town nearly merges with the block of Gloucestershire Lib Dem-held county divisions, which in turn is connected to a number of councils in Somerset we gained in 2019.

Now it’s possible to ramble from the Monmouthshire-Herefordshire border in an Easterly direction and walk 150 miles through 95 per cent Lib/Lab/Independent county council divisions until you’re within sight of London on the Southern flank of the Chilterns.

This area might not be solidly Lib Dem when it comes to Westminster elections but it’s certainly more than a cluster, taking in Somerset, North West Wilts, Gloucestershire, parts of Hereford and most of southern Oxfordshire.

There has been plenty of commentary about the centre of gravity shifting for the party, away from our traditional South West England homeland and more towards the South East of England.

Certainly, opportunities now abound in Surrey, Sussex, Buckinghamshire and Hertforshire - things are tough for us in Cornwall and I don’t really have an answer as to how we turn things around in the land of my fathers (my surname is Cornish for hilltop).

Recent success in Oxfordshire, Shropshire and Gloucestershire suggests to me we're not limited to the London Home Counties commuter-belt that certain pundits say we are.

The various clusters that have grown to the point where they connect on the local elections map - a new Thames/Severn/Avon Valley heartland - how much does it matter that they form a wall?

At the most basic level if you can win in a wide geographical area it’s more durable than one small area, or outpost of support. You win in one area, make it safe, then send your activists next door to win in a social-economically similar place.

It’s no coincidence that we won St Albans in the last General Election then picked up Chesham and Amersham 20 miles away, this would’ve been much more difficult if the nearest Lib Dem seat was 50 or more miles away in terms of mobilising support and convincing locals it was possible.

While most people aren’t focussed on politics most of the time, at street level the general public see multiple amber diamond stakeboards up in your constituency, that creates visibility for hundreds driving through who live in the neighbouring seat.

If the Lib Dems centre of gravity is really shifting east is this a problem?

Some are uncomfortable at us being portrayed as the party of leafy suburbia, spa towns, university towns and heritage towns. I’d say this is only a problem if the party’s success is so lop-sided towards affluent areas there was mission creep in our policy platform and we became less progressive.

And we have to start somewhere - in the 1980s it was breaking out of our Scots/Welsh/Cornish Celtic fringe to win in every region and nearly every major city of mainland Britain.

Anyway, here’s hoping in the next few years we’re not just knocking down other people’s walls but putting up a few of our own.