"Rather like the Eastern Roman Empire": Finding the Great Central Railway - Nottingham 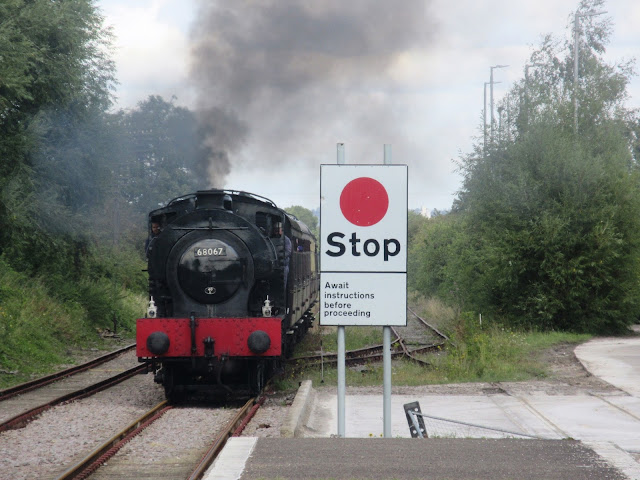 I once blogged that

the Great Central Railway - Nottingham is a bit of a mystery to those of us in Leicestershire. Rather like the Eastern Roman Empire.

Today I resolved to penetrate deeper into the mystery.

On paper it looked simple: train to Loughborough, then catch a bus and ask to be dropped at East Leake gypsum works.

There I would find a wayside halt.

But the bus driver told me the route had been diverted because the road was being resurfaced. Of course he did.

I refused to be defeated. I got off in the centre of East Leake and walked.

Sure enough I found the gypsum works and then the halt.

I was exploring it when I looked up the line and saw a steam locomotive barrelling towards me.

This was the last outing of my summer holiday. I will save my photos and discoveries for later in the year when the nights are drawing in and talk turns to by-elections long ago.

"Rather like the Eastern Roman Empire": Finding the Great Central Railway - Nottingham