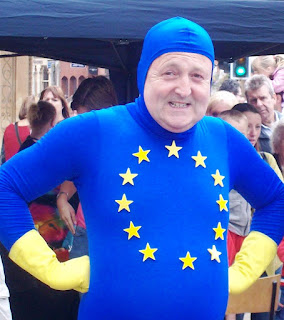 Jessica Elgot reports in the Guardian that MPs and peers have criticised the secrecy around the publication of the government's Brexit impact reports:

Parliamentarians are now allowed to view the papers in a restricted-access reading room organised by [David] Davis’s Department for Exiting the EU (DexEU), which one called “ridiculous amounts of security just to ensure that as few people see this stuff as possible”.

Another described the collection of documents as “two lever-arch files for 80% of the economy”.

One of the first parliamentarians to view the reports was the Liberal Democrats' Dick Newby:

Dick Newby, the Lib Dem leader in the House of Lords, who was one of the first in the reading room, described the tight security as "a complete farce" and said it was incorrect to call the papers impact assessments.

"They make no assessment of the impact. They describe the current situation, they explain how the EU operates as well as how other countries work and then a section on what stakeholders think – that’s it," he said.

"There is zero assessment of the economic impact. Nothing is redacted because there is nothing to redact."

Lord Newby said the information provided to the government by trade bodies quoted in the reports was contained in statements they had made in public. "There is no reason whatsoever why they shouldn’t be published," he said.