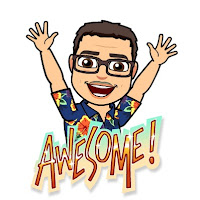 Also, Fox News as "fair, balanced and unafraid" NOT!

SUMMARY:  For 20 years, the man at the helm of Fox News was it's CEO and founder Roger Ailes.  On Thursday, Ailes stepped down after former anchor Gretchen Carlson filed a sexual harassment suit against him.  Jane Hall, associate professor at American University's School of Communication, and Ken Doctor, media analyst for Newsonomics and Columnist for Politico, sit down with Judy Woodruff to discuss.

Ailes denied the charges.  But 21st Century Fox, the cable network's parent company, hired a law firm to conduct an investigation.  According to Carlson's lawyers, 20 or more other women then came forward with claims about Ailes' conduct, including Megyn Kelly, one of the network's star anchors.

Publicly, many other prominent on-air personalities at FOX, including Bill O'Reilly, Sean Hannity, and Greta Van Susteren, backed Ailes and said they were unaware of any inappropriate behavior.

Rupert Murdoch issued a statement late yesterday without referring to the harassment charges, saying that: “Roger Ailes has made a remarkable contribution to our company and our country.  Roger shared my vision of a great and independent television organization and executed it brilliantly over 20 great years.”

Roger Ailes, now 76, has been an influential figure for decades in Republican politics, as an adviser and strategist to Presidents Nixon, Reagan, and George H.W. Bush.  He created FOX News 20 years ago and built it into the most-watched cable news channel.

JEFFREY BROWN:  Promoted as an alternative to traditional mainstream media.  It has been a huge moneymaker for its parent company, and a target for critics of its conservative tone and team.

Ailes said this in a 2004 interview with C-SPAN'S Brian Lamb:

ROGER AILES, Former FOX News Executive:  Well, we have changed the business a little bit.  I think FOX News has come on the scene and identified itself as fair and balanced.  We try to do that every day.  I think others, instead of trying to get more fair and balanced, probably are offended by that or worried about it.

JEFFREY BROWN:  Rupert Murdoch and his sons, James and Lachlan, will now decide on a successor to Roger Ailes and the future of the network he built.

And joining me now, Jane Hall, a journalism professor at American University who previously served as a media reporter for The Los Angeles Times and commentator at FOX News, and Ken Doctor, who writes on the media business for Politico and on his blog, Newsonomics.
-----
JANE HALL, American University:  Well, he is a brilliant television producer.  And he created the jazzy graphics on the screen.  He hired Bill O’Reilly.  He brought in a number of people.  He brought Megyn Kelly on board.

He had a great eye for talent.  What I think has happened is his fair and balanced slogan is really not accurate.  They have pounded home lines like government takeover, Obama is soft on terrorism, Hillary is crooked.  As I said in the piece, I don’t think we would have Donald Trump if we didn’t have Roger Ailes.

But the network is absolutely a reflection of his vision.  The only other person I can think of is Roone Arledge, who created ABC News and ABC Sports, who has had the same kind of impact.  He merged politics, though, and a kind of bifurcated take-no-prisoners style that I think has hurt our discourse.