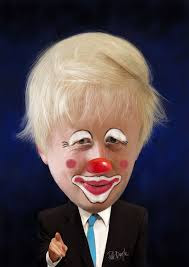 Act of a dictator.

SUMMARY:  Great Britain's political drama is intensifying this week, as the fallout continues over Prime Minister Boris Johnson’s suspension of Parliament in advance of the October 31st deadline for Brexit.  In response, some Labour Party lawmakers are trying to push emergency legislation that would prevent the UK from leaving the European Union without a deal.  Special correspondent Malcolm Brabant reports.


"On Brexit, British PM Boris Johnson stymied by rebels from his own party" PBS NewsHour 9/4/2019

SUMMARY:  With less than two months until the deadline for the United Kingdom to leave the European Union, the course ahead for the separation appears no clearer.  On Wednesday, British lawmakers passed a law to prevent Prime Minister Boris Johnson from executing a no-deal Brexit -- a measure supported by members of Johnson’s own party whom he had exiled.  Special correspondent Malcolm Brabant reports.