"ICE Director on due process, rule of law and upcoming deportations" PBS NewsHour 6/18/2019

SUMMARY:  On Twitter Monday night, President Trump announced plans for U.S. Immigration and Customs Enforcement (ICE) to step up removal of undocumented immigrants from the U.S. next week.  How will these people be located and what happens to them next -- especially the families?  Amna Nawaz talks to ICE Acting Director Mark Morgan, who served as chief of U.S. Border Patrol during the Obama administration.

Doesn't this idiot realize that "work with ICE, and we will help remove you back to your country of origin" will send these people running.  THEY DO NOT WANT TO BE SENT BACK TO THEIR COUNTRY.  They escaped their country because they were NOT safe there! 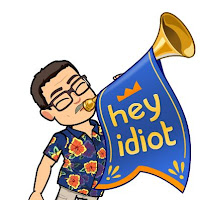 This post first appeared on Mage Soapbox, please read the originial post: here
People also like
How Stay Interviews Help Retain Top Talent
New Everton Boss Rafael Benitez Ready to Fight for Merseyside Club
Impulse Control Activities For Kids: How To Teach Impulse Control
18+ Adult Movies Of All Time To Fulfill All Your Sexual Fantasies| Lolita, Exotica and More
How To Get Rid of Ticks in the Yard – 8 Steps
Crackpot Cryptography and Security Theater
What AI Can Do For Your Business