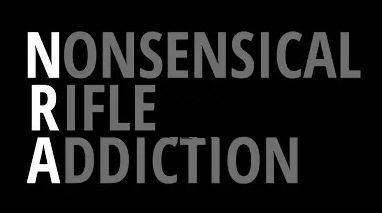 SUMMARY:  Syndicated columnist Mark Shields and New York Times columnist David Brooks join Judy Woodruff to discuss the week's news, including the horrific massacre at an outdoor concert in Las Vegas and national debate about access to guns, plus seeming tensions between President Trump and Secretary of State Rex Tillerson and the consequences for American diplomacy.

I was going to go straight to Las Vegas, but, Mark, I am again struck by these moving stories, this last one by William, about people struggling with addiction.

MARK Shields, Syndicated Columnist:  No, every one of them, Judy, William tonight, Paul Solman last night, it just — putting a human face on it, not simply the affliction and the problem, but — and the recovery.

The gravity of the problem is driven home to you, but the hope for recovery is presented.

JUDY WOODRUFF:  We have a lot of emergencies, I guess, David, to deal with, but this is clearly one.

Well, the scene of Roxanne Newman with her date, on the first date, (A) the spirit with which she told that story, and then (B) her husband's grace, her now husband's grace, it's remarkable.

DAVID BROOKS:  And she — her point, which is the one you hear over and over again, is, it's just a slow-motion form of suicide.

And you have got to see it, first, the heroism of the people who are trying to deal with the recovery, but the social chasm that causes it.  Suicide is just a symptom of isolation.  And the tearing of the social fabric has created so many problems for society, but this is the one that is the most lethal.

JUDY WOODRUFF:  Well, speaking of lethal and social fabric, Mark, Las Vegas has been on all of our minds this week, the worst mass shooting in American history.

What does it say about our country, about the American people?

MARK SHIELDS:  Well, it says, again, that we have a problem that the rest off the world doesn't face, has dealt with in a different way.

And it, quite frankly, Judy, is beyond my comprehension at this point.  I mean, we, as a people, if you think about it, over the last generation have made such enormous strides in the changes we have made.  For example, alcohol-related driving deaths are down by 85 percent.  A generation ago, people took for granted smoking in hospitals, in schools, in offices, in stores.

And we have done — and put seat belts on children; 90 percent of Americans drive with seat belts.  And half of those who die are of the 10 percent who don't wear seat belts.

And we have done it.  We have made these changes.  We have taken on major economic interests.  And this is the one that's stumped us [guns].  And to organize social action and social movement around it, because there are majorities, not intense majorities, but majorities of people who favor measures that have broad backing on registration, on background check.

We do it with automobiles.  We do it with every other kind of device.  But, somehow, again, we have been stumped.  And David has a theory on it, which he wrote about today quite persuasively, which, you know, may very well explain it.

DAVID BROOKS:  I always have a theory.

And so the gun rights people have just had a massive shift in their direction.  And that's because the issue has now — perfectly mirrors the political divide in this country and the cultural divide between coastal and rural, between more — higher education and lower education, the divide we see on issue after issue.

And it's become sort of a proxy for the big cultural dispute.  And a lot of the people who are trying to resist the post-industrial takeover of the country have seized on guns and immigration and the flag and a few other issues as the issues on which they are going to rally their people.

And there are a lot of those people.  One in four households has a gun in this country.  And so it's become a symptom of a larger culture war between some people who thinks it's horrific, guns; and some people who think it's a symbol of families being responsible and taking care of themselves, of freedom, and of Americans.

JUDY WOODRUFF:  It's a reminder of something Barack Obama said.

DAVID BROOKS:  I wouldn't say cling bitterly, though.  No, I think I disagree with that.

They see it as a way that America should be what it should be.

JUDY WOODRUFF:  Mark, the debate or the discussion this week, so much of it has turned to guns.  Is that the conversation we should be having right now?

MARK SHIELDS:  Well, it's a conversation we have to have, because this man was a one-man artillery.

I mean, he had 12 rifles in his possession in the hotel, in the suite that was comped to him, let it be noted, because he was a major gambler.  And that's what Las Vegas does.  If you are going to bet enough at the tables, at video poker, you are going to get a free suite, and then nobody is going to ask questions about you.

But they were fitted out with bump stocks, Judy, which are a little device that turns it essentially into a lethal killing weapon.  And that's all it is, to kill human beings.  It's not for hunting.  It's not for sportsmanship or anything else.

There seems to be an emerging consensus on that we have to limit those, that they can limit sales.  Even the NRA and Republicans have done it.

I hate to sound like a cynic, but these are made in Moran, Texas, by a man who started the company six years ago.  They don't have a political action committee.  They don't have millions of dollars in contributions.  And I think it's a good idea, a positive public policy that they are limited, but he's not a — you're not dealing with a political powerhouse when you outlaw his product.

JUDY WOODRUFF:  But does it look like — you wrote today, David, the prospects are dim for figuring this gun issue out.  But is there any hope?

DAVID BROOKS:  Well, I think they are dim.

My own view on the issue is that we should probably pass all the gun control measures that are talked about, whether it's the gun shows, whether it's limiting the number you can buy.  And, I mean, there's a list of about 15 programs, smart guns and all that, and most of them would be good.

Whether they'd prevent these kinds of killings, I guess I'm dubious.  Marco Rubio made a statement in the presidential campaign that none of the proposed laws would have prevented any of the recent mass killings.  The Washington Post did a big fact-check on that claim, and they said what he said was accurate.

And so I'm for supporting these things.  I'm not sure we should get our hopes up they will prevent things.  One of the things I have been thinking about if we in the media just stopped talking about these people — this guy seemed to be a — we don't know what he is.

But a lot of the people who do this, they just want to become famous.  They want to prove to the world they exist.  And if we anonymize them — and it's hard to do, because you're always curious about the people.

This post first appeared on Mage Soapbox, please read the originial post: here
People also like
Shen Men Piercing: Does it work for Anxiety and Depression?
Frasier’s Honey Snow: Does truth hurt relationships?
Seven Reasons Why Fast Hosting Servers Are the Way to Go
Karen Wiesner: I Have Dreamed a Little Dream (Authors and Dream Inspiration), Part 2
Christmas gift ideas for 2021
The Jon Gruden Case and Why the NFL Still Isn’t Serious About Social Justice
Afghanistan’s Pivot to Crypto: Will It Work?