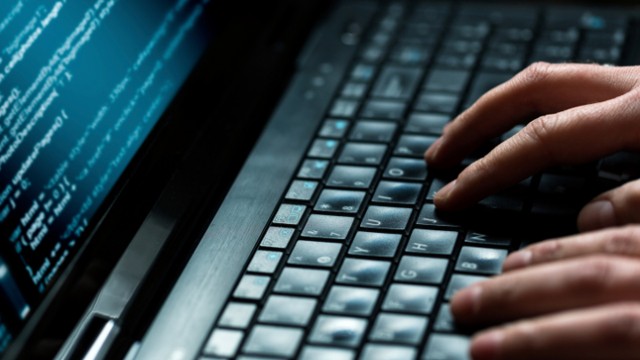 COMMENT:  "After all, Surveillance powers are wielded by humans, with all of their prejudices and temptations and flaws."  And people can misuse the data collected for their own personal purposes.  Which can include a President wanting to stay in power.

"Why US surveillance bothers me — and should bother you" by Sarah St.Vincent, The Hill 6/11/17

As the Trump Administration comes out swinging in favor of one of the United States' most controversial surveillance laws and Congress debates them with top intelligence and Department of Justice officials, everyone in the country should be thinking about why being watched by the Government makes us queasy.

I've been working on US surveillance issues as a lawyer, policy analyst, and general geek for the past three years.  In my current role, I spend every day investigating and spreading the word about what the government is doing with your private data, especially your Internet and phone conversations.

Although there are plenty of good arguments out there — both principled and pragmatic — about why government overreach in this area matters, the ones I seem to wind up discussing most with people who are curious about these issues tend to center on the idea of “privacy.”

Sometimes, even as I say the word, I can see my listeners' eyes start to glaze over.  Privacy — really?

There are people out there with guns and bombs who want to kill and maim others en masse.

How can something like privacy — which is almost never absolute anyway — take precedence over the need to prevent that?

So, maybe arguments that only focus on “privacy,” in the abstract, leave you cold.

Well, the truth is that—at least at a visceral level—they do the same for me.

But after spending many hours pondering the nature of government surveillance, I've been able to pin down exactly what it is about the large-scale and overwhelmingly secretive programs run by the US that does trouble me deeply—and, in my view, should also trouble you.

Especially as Congress gears up for a major battle over whether to reform one of the country's most sweeping warrantless communications surveillance laws, Section 702 of the Foreign Intelligence Surveillance Act (the subject of the upcoming Senate hearing), we should all be asking ourselves what it is about these programs that disturbs us.

Here's what keeps me up at night.

First, it bothers me that these warrantless, potentially enormous programs create such a vast power disparity between the US government and the people it is intended to represent and serve.

In this, I have solid backing: James Otis, a Boston lawyer who made a fiery argument in 1761 about the British colonial authorities' use of broad “general warrants” to barge into homes and rifle through private papers, decried that practice as “the worst instrument of arbitrary power, the most destructive of English liberty and the fundamental principles of law, that ever was found in an English law book.”

Otis pointed out that such broad powers enabled any official who wielded them to carry out “petty tyranny” and “lord it over us”—and in doing so, he helped inspire the American Revolution.

Particularly when I look at the government's Section 702 programs, which include warrantless demands for private communications from major US Internet companies and (allegedly) the bulk scanning of many of the communications that pass over the undersea cables that connect the US to the rest of the world, Otis' objections still seem relevant.

This is not how democracy is supposed to look.

It also bothers me that the US government effectively misleads its own population, not to mention the rest of the world, about what it is doing.

To cite just one example, the authorities like to describe Section 702 surveillance as “targeted” because, officially, the monitoring must “target” foreigners (or foreign entities) outside of the United States.

What the government doesn't announce with quite as much enthusiasm is that as part of this ostensibly targeted monitoring, it believes it is entitled to sweep up potentially huge numbers of private calls, emails, texts, and so on—including those belonging to Americans—“incidentally.”

There are other examples of executive branch use of narrow, secret, or non-obvious interpretations of terms in an apparent effort to conceal or minimize its activities.

If the government truly believes its surveillance practices are constitutional, then its use of these verbal smokescreens is, to say the least, difficult to understand.

It bothers me that my free speech is no longer truly free.

As many of us probably do, I hesitate before using certain words in emails or texts.  And by “certain words,” I mean those that allude to my religious beliefs, which—I can say with great confidence—would not please everyone.

In case law about the First Amendment, there's a term for this hesitation: the “chilling effect.”  It's a pretty unambiguous sign that fundamental rights are in jeopardy.

It bothers me that if an FBI agent reads this and doesn't like what I've written, he or she can do a search for any of my communications the government might have “incidentally” grabbed under Section 702.  Literally.  Right now.  Without a warrant.

These are known as “backdoor searches,” and the government doesn't think it needs any suspicion of wrongdoing whatsoever to do them—it only needs to be hunting for “foreign intelligence information” (a very broadly defined term) or “evidence of a crime.”  The potential consequences for activists, demonstrators, minorities, and the politically unpopular should be obvious.

After all, surveillance powers are wielded by humans, with all of their prejudices and temptations and flaws.  This is why they're supposed to be constrained by clear, strict laws and overseen by judges on a case-by-case basis—which Section 702 snooping is not.

Ultimately, these are all problems that privacy protections are intended to forestall.  Think of privacy as a “gateway” right; when I know my calls and emails are truly private, and that law enforcement can't search them unless it has a specific pre-existing reason to think I've done something wrong, I speak more freely.

When I know I can trust my government to be forthright about when it can and cannot spy on me, I'm more likely to take advantage of my legal rights to assemble with others, protest, or explore or practice a religious faith.

If I'm ultimately charged with a criminal offense, the existence of clear laws and policies on when the government can monitor me (and what it can do with that information) will help ensure that I can discover and challenge any activities that may have violated the law.

In a rule-of-law country, these are necessities, not luxuries.

If you believe in democracy and in individual freedoms, there is a great deal about the federal government's out-of-control surveillance, including under Section 702, that should worry you.  Now is the time to think about why it does.