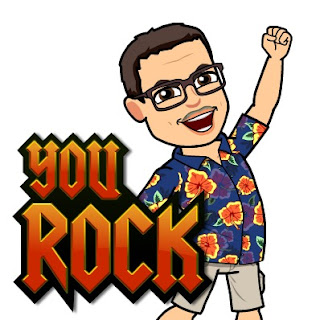 SUMMARY:  The World Series was destined for a dramatic finish:  The Chicago Cubs finally ended their 108 year-long World Series drought in a hard-fought victory against the Cleveland Indians.  In Chicago, fans who hadn't seen a Fall Classic win in living memory were ecstatic.  Hari Sreenivasan gets insight on the historic event from ESPN's Lester Munson.

HARI SREENIVASAN (NewsHour):  Was there any other way for this World Series to end, other than with an epic finish?

Two of the league's oldest teams, the Chicago Cubs and the Cleveland Indians, were both eager to make history and ready to end decades of frustration as they battled to the end.

The series finally ended with a stunning roller-coaster ride in game seven.

HARI SREENIVASAN:  After more than a century of frustration, fandom and futility, the Cubs celebrated in Cleveland.  They became the first baseball team since 1979 to win the championship on the road after coming back from a three-game-to-one deficit.

The game lasted more than four-and-a-half-hours, including a rain delay, before finally ending in the 10th inning.  Players raced around the field and celebrated in the locker room.

DEXTER FOWLER, Chicago Cubs:  I cried.  I cried like a little kid.  You know, it hasn't been done in a century and some.  So, to be a part of this is definitely — it's a pleasure.

HARI SREENIVASAN:  Fans young and old gathered in the streets outside Wrigley Field, even writing names of loved ones on the outside wall of the ballpark, and they celebrated throughout the city.

JERRY POE, Chicago Cubs Fan:  I have been waiting for a long time, 76 years old.  And I couldn't wait to finally get a championship.  And they did for me tonight, finally.

MAN:  You could have a heart attack.

JERRY POE:  Tell me about that.

WOMAN:  They deserve it.  This is the best team we have had in years.

HARI SREENIVASAN:  The Cubs jumped out early and kept building their lead, getting runs against the best pitching squad of the postseason.  By the fifth inning, they were up 5-1.

But then the Cubs pulled their starting pitcher for another ace, Jon Lester.  He threw a wild pitch that led to two runs, narrowing the gap.  And in the eighth inning, this happened.  The game was tied.  After a rain delay, the Cubs scored the winning runs in the 10th.

Suddenly, the so-called curses of past Cub lore were gone, an idea that had crept back into some players during the game.

BEN ZOBRIST, MVP, World Series:  I got to be honest.  When they came back in the eighth, it was on my mind a little bit.

HARI SREENIVASAN:  Cubs manager Joe Maddon said it was time to end the talk of curses.

JOE MADDON, Manager, Chicago Cubs:  I love tradition.  I think tradition is worth time mentally, and tradition is worth being upheld.  But curses and superstitions are not.  So it's really great for entire Cubdom to get beyond that moment and continue to move forward, because now, based on the young players we have in this organization, we have an opportunity to be good for a long time.

This post first appeared on Mage Soapbox, please read the originial post: here
People also like
Police Arrest Man After He Allegedly Buried His Mother And Sister In The Backyard And Continued To Cash Social Security Checks
Advisors' Creative Solutions for Getting their Clients Tested Before Travel
Is the earth intelligent, or is this something else?
What Grocery Delivery Startup Must Learn From Instacart Business Model
NBA4Free: Watch Bulls vs Knicks NBA Live Stream Free
What do search robots do?
Why Company Culture is More Important than Ever in 2021
Milwaukee Brewers at Minnesota Twins – MLB Pick & Prediction 08/27/21
Novedades Panini Cómics Agosto 2021
The Giant Panda: The World’s Favourite Bear
Single Premiere ‘Back To Chicago’ Lauren Anderson Feat. Mike Zito
Music Profile: Elliott Waits For No One - Alternative Rock Band - Illinois, Usa | SRL Networks London Music PR
Reviews 62 - Battle Ground by Jim Butcher - Dresden Files #17