SUMMARY:  In 2012, activist Saleh Hawa, who lead demonstrations against President Bashar al-Assad's regime, had confidence in the Syrian opposition's prospects.  Four years later, none of his hopes and all of his fears have been realized.  He believed the U.S. would help put Assad out of power; now he says his country has lost faith in the world.  Chief foreign affairs correspondent Margaret Warner reports.

MARGARET WARNER (NewsHour):  It was November 2012 in a small town in Syria, and Saleh Hawa had hopes.

With civil war roiling around him, this father of three, an English literature teacher, was leading demonstrations against the regime of Syrian President Bashar al-Assad.  Hawa also headed a local civic council in his town in rebel-controlled Northwest Syria.  It was working to restore electricity and basic services destroyed by government attacks.

He sounded fairly confident then in his country's prospects.  A formal Syrian opposition coalition had just been created, with the encouragement of Western and Gulf countries.

SALEH HAWA, Local Administrative Council, Haratan, Syria:  I am optimistic, because the international community is now cooperating with this council, with this new council.  And I think, personally, that most of the Syrian people are with this council.

MARGARET WARNER:  We spoke in a walled garden in Hawa's hometown of Haratan, just northwest of Aleppo.  We then traveled to the regional headquarters of the Free Syrian Army, made up of self-declared moderate rebels.

Its Commander, Colonel Abdul-Jabbar Akidi, told us bluntly how desperately they needed weapons from the United States.

MARGARET WARNER:  But in the four years since then, none of Hawa's hopes, but all of his fears, have been realized.

Haratan has been repeatedly pounded by bombing from Russian and Syrian jets, dropping not only explosive-packed barrel bombs, but cluster bombs and the fearsome incendiary white phosphorous.  When we first met Hawa, the war had killed 37,000 people.  Now it's 500,000 dead and nine million displaced.

Aleppo and the area around it has become ground zero.  Last week, the Russian military announced a short-lived cease-fire, a pause to let humanitarian aid into and around Aleppo, including Hawa's hometown.

But Hawa, whom we reconnected with via Skype, says there are few lives left to save in his town.

SALEH HAWA:  Most of the population of Haratan left the town, because there is no single house which is safe right now.  Most of the houses were completely or partially destroyed.  And they cannot be lived in again.

So, most of the families left the city, because right now there is no electricity, no water, no food.  Even the bakery was targeted.  All hospitals, all medical centers were targeted.

MARGARET WARNER:  Hawa and wife and children fled Haratan to a nearby town.  They're all safe, he said, but he's lost many friends, and himself was the target of a car bomb attack in early 2014.

He and others are still teaching at a makeshift college they call the Free University of Aleppo, but he sounds full of despair and bitterness.

SALEH HAWA:  We are being butchered under the eye of the international community. 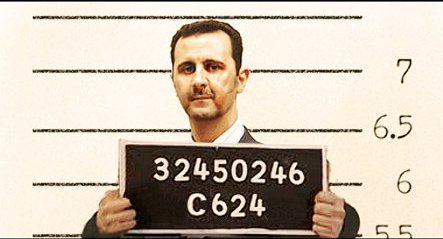