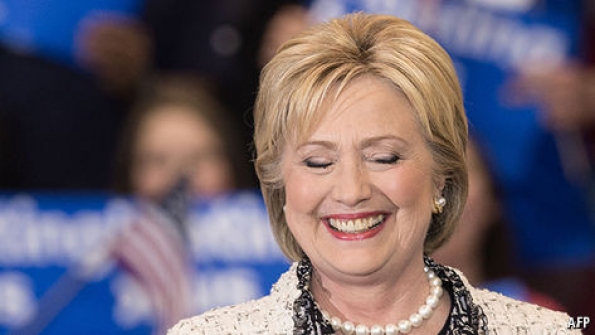 HILLARY CLINTON’S Southern fire-wall is intact and imposing. That was the meaning of South Carolina’s Democratic primary on February 27th, which, with 90% of the vote counted, the former secretary of state had won by a massive 48-point margin. She beat Bernie Sanders by 74% to 26%. This has given her campaign huge momentum ahead of “Super Tuesday” on March 1st, when a dozen states will hold primaries and caucuses.

CBD 2020: What to Expect + Our Top Pr…
Vechain Blockchain Technology Powers …
Mancora Peru Nightlife 2020 {Where To…
Where did the hummingbirds go?
ON THE BOARDER - Acting Sec. of Homel…

Mrs Clinton’s victory was founded on near blanket support from the black voters who constitute over half of South Carolina’s Democratic electorate. She won a staggering 87% of their votes—a bigger share than Barack Obama won in 2008 when campaigning to be America’s first black president. There is a pleasing symmetry to this. A decision by many black South Carolinians to drop Mrs Clinton in favour of Mr Obama in 2008 made a hugely significant contribution to his winning the Democratic nomination. By now proving immune to Mr Sanders’s left-wing blandishments, they appear to have done Mrs Clinton much the same service. She can expect to do similarly well in the several Southern states, including Alabama,...Continue reading