Poetry From a Friend 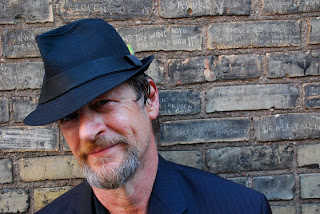 When I started my Taekwondo training in 1987, I was a Freshman in high school and a man named Rex Veeder was the highest ranking Black Belt in Arizona. He was my instructor's instructor's instructor - like a great grandpa, if you will. Rex was a leader and someone I looked up to and respected. While I didn't get to work with him often, when I did, it made an impression.

35 Sanity-Saving Moving Hacks For Fam…
Ubisoft Announces The Division Heartl…
Important Technology Solutions That W…
Cloud and Co., Doha
Zoom Meet
Four years later I Moved to Tucson to attend the University of Arizona. Rex was a professor there and helped me start a Taekwondo club on the campus. He was a great mentor and was always there if I had any questions or needed any help.
Rex moved to Minnesota and became a professor in St. Cloud. We spoke rarely as the years passed.
Then came Facebook. We connected and would make occasional comments on each other's posts from time to time. Now, I am very out on social media. If people didn't know I was gay before...well it doesn't take long to figure it out. I hadn't come out until well after Rex moved to Minnesota, however, he has been very supportive of me and of the LGBT community.
This past weekend Rex performed a reading that kicked off the Second Annual Above the Clouds Pride March held at the campus where he teaches. He posted it on Facebook and I have his permission to re-post it here. I found the words very powerful and hope you will too.
Mr. Veeder, thank you again for your leadership. For standing up. speaking out, and giving hope.
Above The Clouds on Judgement Day
by Rex Veeder
[Imagine as you read this rock guitar as duet. Or, put on some Jazz and go down deep.]
Above the Clouds on Judgment Day
(What good is wit if not savage?)
Allen Ginsberg and Carl Solomon,
I am with you in Rockland
where you are madder than I am
where we remember together the all night winter-party of Normal Illinois
and memory is a Mexican volcano
where I am young and you are gay
and we Buddha on the road
waiting to be killed or dragged as you said
off roof tops waving genitals and manuscripts.
1.
Poets doing politics
Are rodeo clowns looking for a barrel.
I don't mean to complain
only flash a grin at the bull
But, so many politicos
(the politicians of Inquisition)
JUDGE the sick, lonely, old, poor, people of color, and the gay
that I guess I'll make an adjudication about the judges.
It's judgment day.
2.
So, marriage is for hetros only,
legally,
really,
someone wants to vote on legal love
reminding us it's a nation of laws
not justice
why arouse us
with  blatant provocation --
are you crazy,
are you drinking LSD tea?
If you can’t  imagine yourself gay
At least imagine what it’s like to be gay
And step away for God’s sake.
3.
How about an invocation
a necessary provocation
to rile the steel-crusted knights of
supply-side rightness --
I'll even challenge liberals
to stop ending the world with a whimper and
BANG
come out in the streets.
It's  high noon
and town’s folks have to get it up.
Show some balls
or ass.
What if Brave Heart were gay
and raising his kilt to moon the Brits
REALLY pissed them off?
There might have been no bloody battle at all,
only a huddle of family-value knights
confused and outraged,
writing Magma Carter into
the wee-willy hours of the morning,
their maces, broad swords and spears piled in the corners
like declarations of penis envy
with bright heralds fluttering
in invitation
or speculative expectation.
4.
Being Gay in Minnesota must be
like living with Peyote in the drinking water,
Minnesota with its optimistic blue sky
and white Fluffy clouds
and cows with incredibly pink udders.
Suddenly, a vision at once utterly funk-dance
and gay
and yes queer
billows out into the streets
like deathly hollows smoke from the Mall of America.
5.
And the politicos who hide in the cloud are afraid
of themselves and the world
demand a law to insure isolation's rules,
command with rage the vigilantes of misplaced rightness
to loose the hounds on the highway to hell --
so sure,
so nice,
so ripe with envy,
with skully grins for the sound-bites
with proclamations at tea against
a revolution
OUR revolution
that rings like a brass alarm bell
that to be born "the other"
is to find in queerness
a world more vast and kind
than white bread, white milk, and white fish.
6.
In the schemes of the straight and narrow, Leprechauns
(they MUST be gay)
escape from prison and
cart kettles of gold
to a bow-end denied them
since the road to rainbow end is not straight . . .
no three wishes, no magic, not even the gold
and all the while those who escape march the streets
ringing cowbells,
chanting: "Bring out your queer. Bring out your queer."
7.
And the queer do come out
along with all those who feel strange
or have been the other
who died to themselves
or to the world
or found DELIGHT a habit
delight that is by birth chosen
not to be prayed away
but saturated with joy --
God in all the glory
funk-dancing in the streets
with God’s brothers and sisters
stating publicly to the slayers of love:
"Bring it on politicians of inquisition;
your days are numbered,
and you can't count anyway.
Hell, you don't count at all."


This post first appeared on Thoughts From A Lezzymom, please read the originial post: here
People also like
35 Sanity-Saving Moving Hacks For Families
Ubisoft Announces The Division Heartland as Free to Play Franchise Spinoff
Important Technology Solutions That Will Help Your Business Succeed
Cloud and Co., Doha
Zoom Meet
How to play Blackjack on your Mobile Device
Keeping in Touch
My Top Ten Favorite Business Tools for Entrepreneurs
Keeping in Touch – Chapter 2

Poetry From a Friend