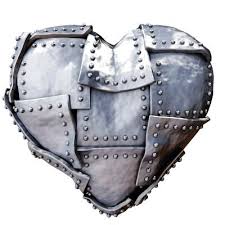 But because of your stubbornness and unrepentant heart you are storing up wrath for yourself in the day of wrath and revelation of the righteous judgment of God, ~ Romans 2:5
We have staked the whole future of our new nation, not upon the power of government; far from it. We have staked the future of all our political constitutions upon the capacity of each of ourselves to govern ourselves according to the moral principles of the Ten Commandments of God. - James Madison

How Universal Basic Income Gets Attra…
Cat Coronavirus Diary – Day 12
Older adults (60plus) lockdown home w…
Wuhan Weather Report
Tips For Decorating With Large Rugs
Tonight at sunset begins Passover.  Passover is the remembrance of what God did for His Children who were oppressed and reviled by the Pharaoh.  God brought about 10 Plagues against Pharaoh because of his hard heart.  Pharaoh no matter the seriousness of the plague against his people continued to have a hard heart and refused to release God's people from their oppression.  The final plague brought by God which killed the first born of every Egyptian spared God's children because they were obedient. God gave specific instructions to Israel so that death would Pass Over their homes.
Passover holds so much significance for all of God's children.  It is shows that God remembers His children, God keeps His promises, God will not be mocked, God is Holy and His Judgement is Just, the Blood of the Lamb protects, to follow God we must be obedient, and the price for being hard-hearted.
The American church has become hard-hearted and disobedient. We have become Pharaoh.  God has been speaking and we have not listened.  We have actually gone so far as to elevate the mockery of God's holiness to an art form.  We have placed cultural relevance over the Word of God.  We have taken perverse pleasure in breaking God's heart.
God in His never ending Mercy is giving the American Church one more chance to Repent and turn from our wicked ways.  The question is will we? As we progress through Holy Week with Passover tonight, may we, the American church repent and seek His face.
Today lift up and pray for President Trump, Vice President Pence, and the nations Governors as they navigate the virus and the response to it.  Pray God's protection over them and God's wisdom and discernment.
Blessings,
Mel