The Pathology Of Oil 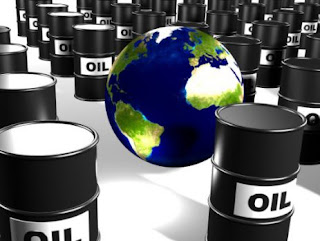 The Albertan mind, Andrew Nikiforuk writes, has been warped by the politics of oil:

Oil, a commodity that nurtures dependency, has so coddled the Alberta mind that it has fostered a provincial culture of victimization as poisonous as the identity politics unsettling university campuses.

Moreover the province’s potential for offence-taking has become as grand as Justin Trudeau’s vindictive Liberal Party of Canada. It can’t tolerate any truth-telling either.

That pathology has been on full display during the election campaign:

The province’s allergy to criticism has grown so formidable that United Conservative Party leader Jason Kenney proposes to set up a Saudi-like war room in the energy ministry to respond to any micro-aggressions and offensive material. Should it be called Snowflake Central?

Albertans have become such a fragile, oil-reliant people, reasons Kenney, that the province now needs the equivalent of university Bias Response Teams, in this case to foster “a safe and inclusive environment” for its petroleum exporters who have now claimed Alberta’s identity as their own.

(The rulers of Venezuela, Saudi Arabia and Russia, we should remember, don’t much like oil critics, either. The political records show that oil relishes conflict and breeds political aggression like no other commodity, except cocaine.)

Kenney, a belligerent proponent of oil-safetyism, would much rather play the blame game than accept the truth that the rapid development of bitumen mining in Fort McMurray violated two fundamental principles of risk mitigation: go slow and save the money.

Peter Lougheed understood that going all in on oil was a path to disaster. But, after he retired, his successors bet the farm on what they thought was black gold. And that tunnel vision caused a collapse in the price of oil:

Over many years, Alberta’s Tories repeatedly gambled that the price of bitumen, a garbage crude that requires upgrading and complex refining, could only go higher, and they bet wrong.

Unfortunately, that tale has not been made public during the Alberta election.

The Pathology Of Oil