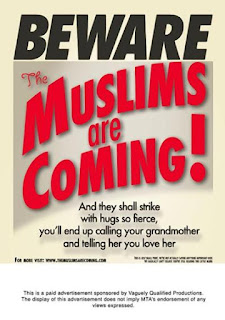 Stephen Harper lost the last election because he catered to his base. He made the niqab a big issue and it backfired on him. But, behind the scenes, the same instincts that drove Harper to demonize the niqab also shaped his position on Syrian refugees. Stephanie Levitz, of the Canadian Press, reports:

Before last winter, the previous government had only committed to take in 1,300 Syrian refugees from the millions fleeing the civil war there and spilling into surrounding countries

Former prime minister Stephen Harper had been under intense pressure — including froinside his own cabinet — to increase that total, but only agreed to accept a further 10,000 provided that religious and ethnic minorities were prioritized.

The vast majority of Syrians are Muslims. If Harper wanted to allow only religious and ethnic minorities into Canada, it's clear that Harper's minions were cherry picking the population for Christians. His base wanted nothing to do with either Islam or Muslims, even though that policy flew in the face of United Nations policy:

The Refugees the Canadian government accepts for resettlement are chosen by the UN. They do not use ethnicity or religion as a basis for determining whether someone requires resettlement to a third country.

But documents tabled in the House of Commons this week in response to a question from the NDP show how the Conservatives found a workaround.

In February 2015, visa officers in Jordan and Lebanon were instructed to track “areas of focus” for Syrian refugees, which included tracking whether someone was a member of a vulnerable ethnic or religious

They applied that criteria to the files they were receiving from the UN.

There was a reason we lost our seat at the Security Council. At the UN, they knew that Stephen Harper catered to his base instincts.