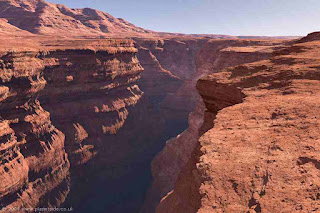 Thomas Edsall has an interesting column in this  morning's New York Times. This election, he writes, has turned the two parties on their heads:

According to the Oct. 20 Reuters-IPSOS tracking survey, Hillary Clinton now leads Donald Trump by 5.6 points among all whites earning $75,000 or more. This is a substantial improvement on the previous Democratic record of support among upscale white Voters, set in 2008 when Barack Obama lost to John McCain among such voters by 11 points.

According to an Oct. 23 ABC News poll, Clinton also leads among all white college graduates, 52-36. She has an unprecedented gender gap among these voters, leading 62-30 among college-educated white women and tying among college educated white men, 42-42.
What these figures suggest is that the 2016 election will represent a complete inversion of the New Deal order among white voters. From the 1930s into the 1980s and early 1990s, majorities of Downscale Whites voted Democratic and upscale whites voted Republican. Now, looking at combined male and female vote totals, the opposite is true.

Donald Trump's supporters -- downscale whites -- used to be a Democratic constituency. But now:

Nearly half say they feel alienated from contemporary America (“a stranger in their own land”), that they have little or no power to change the course of events — 84.4 percent believe public officials do not care “what people like me think.” 83.5 percent agreed that “in general, Americans lived more moral and ethical lives 50 year ago.”
These voters are convinced (72.6 percent) that they can no longer get ahead in America through hard work, and that the government in Washington threatens the freedom of “ordinary Americans” (75.3 percent). In a nation where same-sex marriage has gained public acceptance and gays routinely appear in television and movies, 54.9 percent of these voters say their own “beliefs and values” are different from those of gays and lesbians, and 66.2 percent oppose requiring every state to permit same-sex marriages.

If the United States doesn't resemble the country we used to know, it's because education and wealth have become the great dividers. Those who have an education and money feel they have a future. Those who don't have those advantages see a country where everything looks dark.
Image: When You're Ready