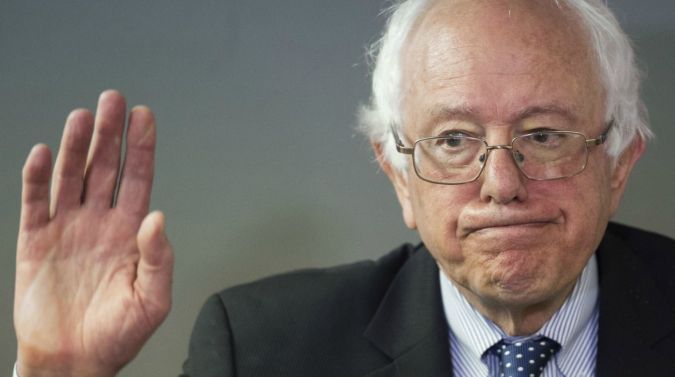 This weekend, Sen. Bernie Sanders called for the DNC to remove to prominent Clinton supporters – Connecticut Gov. Dannel Malloy and former Massachusetts Congressman Barney Frank – from panels that help determine policy positions and procedures for the Democrats because both men have allegedly displayed “political and personal hostility” toward the Vermont lawmaker.

Malloy, whose state was rocked by the Sandy Hook Elementary School massacre in 2012, has taken Sanders to task for not being a stronger advocate for gun control. Frank has been even more frank, accusing the senator’s campaign of “McCarthyite” tactics and arguing that “Bernie Sanders has been in Congress for 25 years with little to show for it.”

The DNC has rejected Sanders’ request – which may wind up prolonging an already ugly rift between Sanders and Clinton forces, which appear to be clashing more over process at this point rather than the ultimate primary result. Sanders has long been an outspoken critic of controversial DNC chair Debbie Wasserman Schultz, and has endorsed her primary opponent Tim Canova.

Gee imagine that after claiming the DNC is in the tank for your opponent, and bitching to everybody who will listen that the system is rigged against you, that they are not willing to bend over backwards to accommodate your every whim.

I wonder if after Sanders burns a bridge he then bitches and moans that he cannot go back across without getting wet?

When Sanders returns to the Senate after doing everything he can to undermine this process I imagine he will receive a chilly reception from the Democrats.

It will be reminiscent of the reception that Ted Cruz received when HE returned with his tail between his legs.

This post first appeared on The Immoral Minority, please read the originial post: here
People also like
Brittney Griner's Cannabis Charges In Russia: What's Next For The WNBA Star?
Four motorcyclists remanded for murder of sound engineer
What is a Storm Surge? Video, photos, information and more.