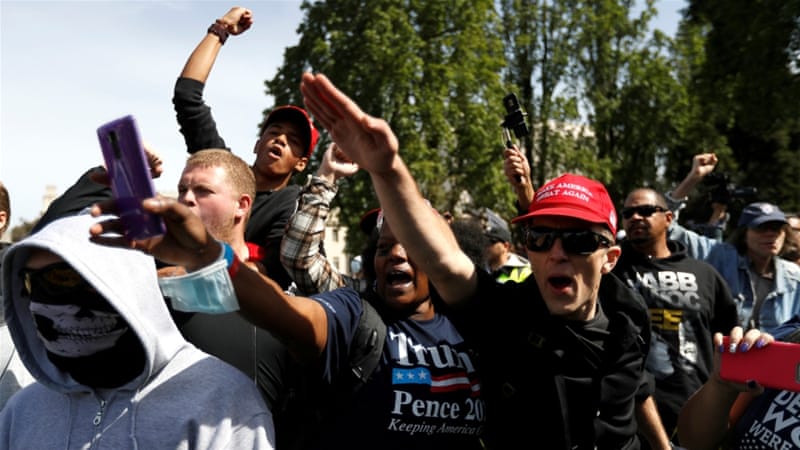 White supremacist groups have stepped up their recruiting on college campuses over the past two years with a sharp increase in their presence and activism in the past year, a period that perfectly overlaps with the political presence and prominence of President Donald Trump, according to a new study released this week by the Anti-Defamation League.

Calling the spike in hate group behavior “alarming,” the ADL tallied a three-fold increase in propaganda efforts by a variety of hate groups and white nationalist organizations on hundreds of campuses nationwide. “White supremacists, particularly alt right groups, have been actively targeting U.S. college campuses since January 2016,” the report states. “The practice failed to get any real traction until the fall semester of 2016. Since then, propaganda efforts have increased dramatically.”

Well with a card carrying white supremacist in the White House, of course the racists and alt-right folks are going to come crawling out of the woodwork.

Donald Trump is their guy, and he provides a kind of unspoken permission for the country to slide right back into the days of Jim Crow laws, rampant segregation, and of course the oppression of minorities.