EPA chief Scott Pruitt may be the king of paranoia. 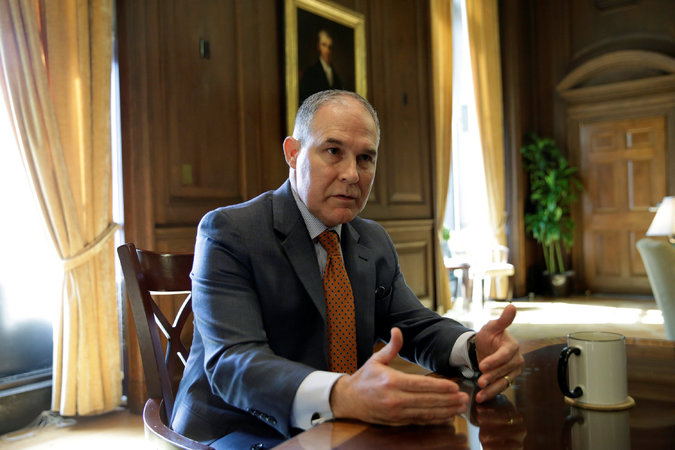 Courtesy of the AP:

The head of the Environmental Protection Agency used public money to have his office swept for hidden listening devices and bought sophisticated biometric locks for additional security.

The spending items, totaling nearly $9,000, are among a string of increased counter-surveillance precautions taken by EPA Administrator Scott Pruitt, who also requires around-the-clock protection by an armed security team.

The EPA’s Office of Inspector General is already investigating Pruitt’s $25,000 purchase of a custom-made soundproof privacy booth for his office to deter eavesdropping on his phone calls.

An accounting of Pruitt’s spending for the bug sweep and pricey locks was provided to The Associated Press by an EPA employee who spoke on condition of anonymity, citing concerns of retaliation.

Does Scott Pruitt realize that he works for a government agency that deals with the environment and is NOT in fact working with the CIA?

Kind of makes me wonder if Donald Trump chooses his cabinet members based on the number of voices they hear in their heads.


This post first appeared on The Immoral Minority, please read the originial post: here
People also like
18+ Adult Movies Of All Time To Fulfill All Your Sexual Fantasies| Lolita, Exotica and More
Designing New Cryptography for Non-Standard Threat Models
Ratt Problem – GEICO Insurance
The Best Books For Kids About Racism For All ages
S’mores in the Oven + S’mores Bars Variations That’ll Blow Your Mind

EPA chief Scott Pruitt may be the king of paranoia.