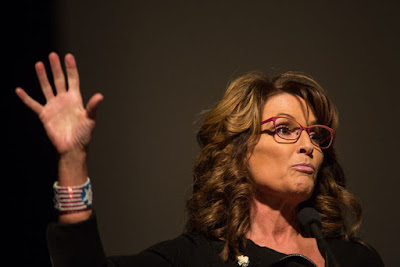 Please read, especially, the many wise comments below this report on socialism's ramifications.

Oh how I wish the Left would not deny that socialism is slavery. The uninformed would ignore history and even modern-day economic and cultural collapse of populations ruled under socialism - then totalitarianism - thus leading America to the same end.

The media won't cover the path we are on back to the horrible days of some Americans being shackled while a "ruling elite" enslave and try to oppress our work ethic, our freedoms, and most significantly - our spirit. The path leads to a desperate population accepting globalism, requiring the dissolution of our entire foundation.

So we must do the informing.

This election can not be clearer in contrast: one party will restore freedom, the other will enslave you.

In case you could not figure it out on your own, the party that will "restore" freedom is the GOP led by Donald "Freedom means never paying your workers" Trump and the party that is going to enslave you is apparently the Democrats and their nominee Hillary "Oh god what am I being accused of now?" Clinton.

The post then links to some Right Wing blog's coverage of the rapidly disintegrating situation in Venezuela which Palin is attempting to use as an example of what will happen in America if the Democrats keep control of the White House.

Of course what Palin seems unable to understand is that the candidate with the more socialist agenda was Bernie Sanders, and he did not win the Democratic nomination.

Secondly when it comes to slavery, WE were the folks who used slaves, and we have always been a capitalist country. So the idea that socialism creates slaves, while capitalism does not, is factually inaccurate.  (What Palin is likely referring to is a new program in Venezuela that has Venezuelans working on uncultivated fields to grow organic foods for sixty days. The US media has claimed that the workers were forced to work and were unpaid, but the Latin America news outlets disagrees with that assessment saying the workers are volunteers and are paid their normal salary while working in the fields.)

Thirdly since it has recently been revealed that Donald Trump often stiffs his workers, or pays them less than the agreed upon wage, and has top staffers who have yet to see a paycheck, does that not suggest that HE is the one who treats folks as unpaid slaves?

For the record there is no Democratic policy put forward that will enslave a single person in this country. And the only "freedom" that Donald Trump is interested in restoring is the freedom to be a giant orange asshole and never have anybody call him out for it.