Donald Trump traveled to Mexico to meet with President Nieto and this is the only important take away. Update!

That's right loud mouth Trump traveled all the way across that scary border and he was too chickenshit to bring up his signature campaign promise.

And oh, is he being excoriated over it.

BREAKING: TRUMP TOO SCARED OF THE LITTLE PRESIDENT OF Mexico TO ASK MEXICO TO PAY FOR WALL

Trump asks the crowd at nearly every rally: "Who's going to pay for the wall??"

Now we all just to have to sit back and wait to see how he misrepresents this in his speech about immigration tonight. Cause you know he will.

But even before he does that his visit is already causing serious political repercussions for his host:

If President Enrique Peña Nieto invited Donald J. Trump to visit Mexico for a dialogue in the interest of democracy, the message has fallen on deaf ears.

Instead, the predominant feeling here in the Mexican capital is one of betrayal.

On Mexico’s most popular morning television show on Wednesday, a livid Mr. Krauze likened the president’s meeting with Mr. Trump to the decision by Neville Chamberlain, then the British prime minister, to sit down with Hitler in Munich in 1938.

“It isn’t brave to meet in private with somebody who has insulted and denigrated” Mexicans, Mr. Krauze said. “It isn’t dignified to simply have a dialogue.”

Damn it looks like Trump may have contracted the Palin curse, in that everything he touches will now turn to shit.

Gee I wonder how his opponents on the other side of the aisle are viewing Trump's visit to Mexico. 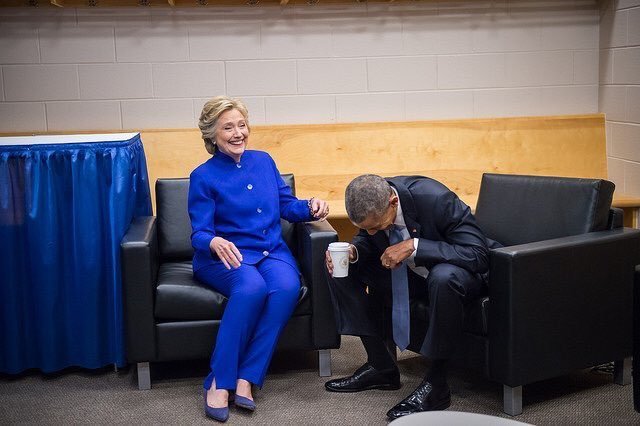 Yeah, that's what I thought.

Update: Try not to be too surprised that Trump lied about his discussions concerning the wall.

Donald Trump flew into a nation he has constantly berated during his campaign to meet President Enrique Peña Nieto and said they discussed a wall he has vowed to build on the US's southern border, but not his demand that Mexico pay for it -- an assertion the Mexican president later disputed.

"At the start of the conversation with Donald Trump, I made it clear that Mexico will not pay for the wall," Peña Nieto tweeted, after their meeting Wednesday.

Proof positive that Trump only talks tough on Twitter and in front of sympathetic crowds.

Behind the scenes he is a milquetoast little panty waist.

Hillary Clinton is going to eat his lunch for him.

Donald Trump traveled to Mexico to meet with President Nieto and this is the only important take away. Update!