The margin of success

Some people experience occasional success whether it's in sports, business, politics or simply in the pursuit of their daily life.

Sometimes it's sporadic (the spectators say “it's pure luck”, and they're probably right, “it was written” or “well-deserved”, something utterly fatalistic), sometimes their winning way is so consistent, that after the initial applause, their success quickly becomes an irritant.

It just seems unfair, right? This would be a sensible reaction, except that when we look at it closely, these folks all have one huge element in common. It's called a huge margin of that key ingredient that is essential in their continued success.

Don't fool yourself, this reserve has not just showed up instantly overnight; it's been cultivated relentlessly over a long period of time, and maintained at the cost of discipline, constant efforts and higher standards, to the point that it has become ingrained into these successful individuals, that it seems second-nature to observers.

CBD 2020: What to Expect + Our Top Pr…
What Marathon Running and Successful …
Data’s of top-performing cryptocurren… 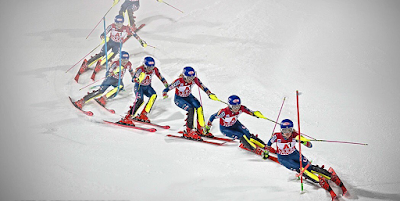 That right, no one can see that hidden life of efforts and sacrifices that has led to these people's success and these same observers are unable to learn the silent lesson these exemplary lives are telling them.

The margin of success