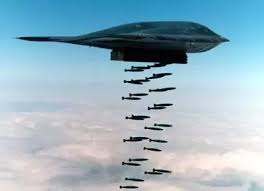 USA, Russia, UK, France, Germany, Sweden, Netherlands, Belgium, Italy, Israel and Greece are the major manufacturer of the Defense equipment, which ranges from the bullet to the Submarines. USA, Israel and Russia have developed the anti-missile defense system technology which is very demanding among the war prone nations, Russian S300, S400 series, American THAAD and iron dome of Israel are some of the example.
US and Russian fighter jets, bombers, missiles, submarines have great demand across the globe, the Deal ranges from multi- millions to multi-billion dollars, there are nations which reroute the budget which is meant to be spend for humanitarian ground to buy those defense equipment.
European claim they the most peaceful nations in the world but they are no correct, they have great infrastructure for weapons manufacturing, they involve in every major deal across the world while tender and negotiations, and French, Swedish, British, German, Greece etc fighter jets, submarines and assault rifle are being used by many countries.
The major importers are China, India, Iran, Pakistan, and Middle Eastern nations. Recently, Saudi Arabia made a controversial deal of US $ 250 billion with president Trump, the deal include tanks, drone, advance missile system, bombers and anti- missile defense system, and it was the biggest defense deal in the history.
Russian S400 has many customer lined up, Turkey, China, India, and other mid east nations, China has acquired S400 from Russia under multi-billion dollar defense deal, India has already done a deal with Russia for US $ 15 billion defense deal including S400, and Turkey has been risking NATO membership and is on war of words with United States.
UN and other peace organization have been calling for disarmament of the planet from the sophisticated war equipment, but most of the leading nations are increasing their defense budget to new height.
Stockholm International Peace Research Organization had released the fact sheet for 2016 defense spending, It shows US $1,686 billion was spent on the defense globally which is almost 2 percent of the world GDP, and its equal to the GDP of Italy. The defense budget US $ 1.6 trillion is being wasted on the name of security, the budget is equivalent to the GDP of a major economy, this is the most ridiculous thing happening in the so called civilized world.
The fund could have been used for, the uplifting from the poverty, climate change, to solve food crisis, to bailout the economy of Greece and humanitarian crisis in the war torn Middle East and Africa.

Rumour Has It: Barcelona push ahead f…
How to Set a Deadline and Achieve You…
7 reasons I’m tired of being tired
Portuguese Arraiolos Rugs
نصائح للتعامل مع الشخص المتشائم