The Correlation Between Saddam's Iraq and Today's Iran: The Fall of Regimes 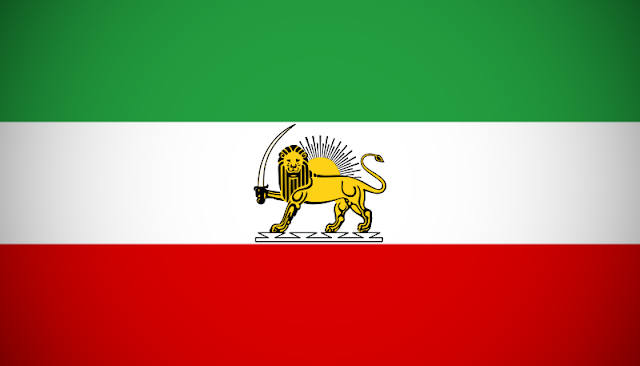 Humans never learn. They make the same mistakes over and over again, without bothering to learn from the past. Raise your hand if you remember Saddam Hussein’s funding of ‘Palestinian’ families, from 2000 to 2003, during the second intifada. Last Friday, the 8th of June 2018, it was reported that Iran is paying ‘Palestinian’ families (in Gaza) to participate in the Gaza border riots. What can be surmised from these correlated events?

The late Iraqi leader never hid his support for the so-called ‘Palestinian cause’ (one of the central points of Global Jihad), having contributed with, at least, US$35M in the following manner:


It was never quite explained however whether these payments were made with Super-dollars (it is a known fact that Iraq used to print dollars) or with real ones (which would have serious political implications, especially if we recall then secretary of state Henry Kissinger’s promise, to Iraq in 1975, that Israelis would be very busy fighting for their existence in 25 years or more). In either case, by making such payments President Hussein signed his death sentence and his regime fell in March 2003.

From 2007 to 2011, when the Arab Spring broke-out, Iran reportedly paid Hamas between US$100M and US$250M per year to proceed with their Terrorist activities against the Jewish State. Then, in 2011, the amounts began decreasing when Hamas decided not to support Bashar al-Assad, but still the funds continued to pour onto the Gaza Strip.

Last week, it was reported that Iran has been paying a meagre US$500 per family (of those killed in the border riots); that is, like Saddam paid the Arab sheep to scurry to the slaughter house, Persians are paying Palestinians to sacrifice themselves to Asto-Vidatu – a Persian deity of Death.

NB: this pay-per-killed scheme goes to show the extent of the ‘Palestinian cause’, doesn’t it? Obviously, this so-called cause is not about building a country to Arabs who moved to Israel in searching of a well-paid job, in early 20th century. Nay, the purported cause is more like, what I call, Harlot-Politics: you give me money and I will do whatever you want me to. It’s such a shame. But it’s even worse to think that the whole world is complicit in this sort of plot.

Before moving on to the next point, there are two questions that need to be asked:


The Correlation that Foretells the Iranian Future

The Fall of Saddam

We used to have an Iraqi leader (who sponsored the ‘Palestinian’ Terrorism with millions of dollars) whose regime ended with the American invasion of Baghdad in March 2003. Many of you will probably be thinking “but the reason why the US invaded Iraq was because of a bogus claim (the WMDs)” however, as we have shown Here, that was not the only reason why Iraq was invaded:

“Saddam Hussein sponsored Palestinian terrorism (…) and since we know that Israel has been the testing ground for global terror, it makes sense to think that Saddam may have contributed to several terror attacks around the world till his demise.

Iraq, under Saddam, was a threat to international security, so it made perfect sense to attack the country (after the 9/11), specially when Al-Qaeda had free space of manoeuvre in that territory. Adding this to the suspicion that Saddam Hussein was building a WMD programme that had the potential to fall into the hands of Bin Laden's followers, we have to agree that the danger was bigger than it was presented to us at the time.” – in Iraq, Libya and Syria: Is General Michael Flynn Right?

The Fall of the Revolutionary Regime

We have now an Ayatollah regime (calling itself revolutionary) that has for years been sponsoring the ‘Palestinian’ Terrorism with billions of dollars and is, at the moment, directly involved in paying Gazan families to throw themselves into the Abyss of Death – the Iranian regime has just signed its death sentence.

“Against all odds, and despite the most costly counter-terrorism campaign ever waged by the West, al-Qaeda has flourished—its comeback assisted by a remarkable pact with Iran. (..) CIA director Mike Pompeo suggested the al-Qaeda-Iran pact had been an “open secret” during the Obama administration, which had failed to act.” – in Al-Qaeda Has Rebuilt Itself – With Iran’s Help (link)

The similarities are so great that it is impossible not to see what is coming next: the fall of the Iranian Regime, for the sake of the Iranian People. Now that the parallel is clearly drawn, and the end of the Ayatollah regime has been foretold, we just hope that when the events occur the West will avoid making an old mistake called Nation Building – i.e. to invade Iran for the sake of business and greed for the likes of George Soros (and others who believe to be the Deep State). The rebuilding of Iran is to be done by the Iranian People, not by the West.

The war in Iraq was not a strategic failure, but the programme of nation building and the liberal democratic ambition was. – in Iraq, Libya and Syria: Is General Michael Flynn Right?

There is no way to avoid the inevitable.

Raise your hand if you read that Turkey’s Erdogan announced an incoming war between the “Cross and the Crescent” – who is going to wage that conflict against the West, Turkey on Iran’s behalf? His words may sound silly, but if I were Europe (in particular Chancellor Merkel, after her defeated stance at the G7) I would take heed because that man is deadly serious about his threat. And how will Portugal position itself, when its President keeps pandering to Islamic States: will it stand with Turkey (due “to economic interests” – the latest mantra to justify gross political miscalculations) against Europe?

How many more will fall along with the present Iranian regime?

(Image: Pre-1979 Iranian Flag[Ed] - Google Images)
[The views expressed in this publication are solely those of the author(s) and do not necessarily reflect the views of Dissecting Society. © 2007-2018 Author(s) ALL RIGHTS RESERVED]

The Correlation Between Saddam's Iraq and Today's Iran: The Fall of Regimes