The Communist Party and the Portuguese Homeland Security: Impending Danger? 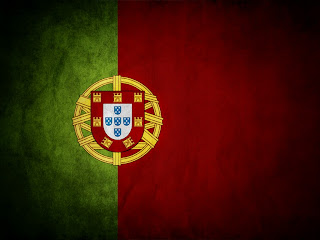 The Portuguese Communist Party (PCP) seems to either be integrating dangerous elements in its ranks or drawing dangerous supporters. Last week, the PCP organised their annual event (Avante Party) and during their leader's speech, it was evident that a party member/supporter was wearing the Hamas Scarf around his neck. Is the PCP aiding and abetting Terror and is it jeopardising Portugal's Homeland Security?


The Communist Party is composed by ignorant people (regardless of their age), lost in their own ideological fantasies, who repeat outdated clichés against the capitalists, the neo-liberals (in the true sense of the meaning, not the American one), the banking system (from which they benefit), against the government (even though the PCP is now in some sort of national unity agreement with the present administration) and against anything that doesn't agree with their warped view of the world. Ignorant people, some of whom can hardly write their arterial language, have no intellectual instruments to understand they are being manipulated, that the party has no interest whatsoever in defending their interests, that no solutions are ever offered, that they are being fed populist and instantaneous nonsense and that they are victims of DoubleThinkers and Newspeakers.

The PCP and the Palestinian Cause

Communist Newspeakers have a predilection for the Palestinian Cause because they are under the illusion that the Palestinians are victims of the usual buzzwords: occupation (even though this is not true, according to the International Law), apartheid (another lie) and oppression (indeed, Palestinians are being oppressed by Hamas and Fatah).

As we have demonstrated, the Palestinian Cause is intimately related to the Global Jihad effort. Therefore, supporting this fake cause (since the so-called Palestinian identity was concocted in 1964 as a political weapon to wage a war of attrition) is tantamount to supporting Global Terrorism.

PCP is a Liability to the Portuguese Homeland Security

As you can see in the picture below, PCP welcomes Hamas elements/supporters. We will excuse ourselves from building a racial profile of the circled individual but if you examine closely the scarf he's wearing around his neck, it is easy to identify its representation.


When a political party welcomes terrorist organisations, it is basically helping them to settle down in its country, and to build the necessary nodes that will eventually expand their network. Portugal has had diplomatic relations with the Palestinian Authority/PLO for a long time, however, given the present security conjuncture and having been informed that the PLO/PA has not only put its network at ISIS/AQ's disposal but also activated cells in Europe, Portugal should assume that it may be targeted any time soon.

ISIS has already issued threats against the Portuguese Republic and Spain, having for that effect placed ads to hire Portuguese and Spanish translators in order to initiate the process of recruitment in Portugal and deepen that process in Spain.

Osama Bin Laden always said that one of Global Jihad's objective was to reconquer Al-Andalus and ISIS reiterated that same goal (as further evidence that no matter how many names and different groups they come up with, all Islamist groups work towards the same end). Thus, it is not understandable, nor acceptable, that the Portuguese Communist Party is bent on ignoring the present security context and jeopardises Portugal's Homeland Security with absolute impunity.

What is the Portuguese Security Establishment doing exactly? It is time to put Left Wing parties in their place (and there are ways of doing this without violating basic legal principles) lest a terrorist attack is carried out in Portuguese soil, prepared within Portugal - a country that thus far has managed to stay safe. Yes, the leftists will invoke the memories of PIDE/DGS (the Portuguese Second Republic's Secret Police) but the safety of civilians is above any political squabble.

Important Note: ISIS is targeting the Catholic Church (symbol of Rome, as a way to speed up the coming of the Mahdi). A French Priest was decapitated inside a church; an Indonesian Priest was stabbed inside a church; and a car was found in front of the Notre Dame Cathedral packed with gas cylinders. Next year, it will be the 100th anniversary of the Apparition of the Lady of Fátima: this is a very high profile event and, therefore, attacking it would be equivalent to putting a dagger in the Catholic Church's aorta (being the Vatican its heart). Big terror attacks are always preceded by small ones to test the time of response, the population's resilience levels and to recruit more local operatives.

We must not ignore the signs.
[The views expressed in this publication are solely those of the author(s) and do not necessarily reflect the views of Dissecting Society]

The Communist Party and the Portuguese Homeland Security: Impending Danger?