BIN LADEN US 1549 ISRAEL GAZA STRIP - Who are the Real Heroes? 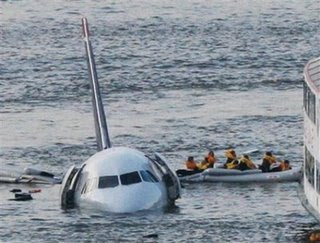 I have rarely made reference to Osama Bin Laden in this blog however now I believe he deserves some attention. Why? The day after his audio recording was released on 14 January 2008, we saw US Airways 1549 crash land into the Hudson River in New York. Are we to assume Bin Laden or someone else is communicating with the Animal Kingdom and flying Real Birds now, to emphasize a point? "What Nonsense!" some people will say. Others will reserve judgment because they already know animals, in particular birds are channeling/tuning devices and radar systems, of sorts. If I am entering into the realms of SAPs(Special Access Programs)/Black Programs, Dark Forces and even Solomon's Ark, I won't apologize.

It is important everyone accepts the fact that Israel is repeatedly filtering claims into the media that their attacks on the Gaza Strip are nearly over, when they are not. These claims are presented alongside references to meetings with World Leaders and the UN, truces and ceasefires which are suppose to convey signs of sincere interest in quelling or ending this conflict. They are buying time: it is just one gigantic bloody manipulative stage act. The truth is Israel is going for the jugular........

A Guide To Visiting Antigua, Guatemal…
Nothing Phone (1) Launch on 6/9 at 4:…
Jam.GG – Play Retro Games online with…
Beard Bib – Solution For Messy Groomi…
Should the ends justify the means wit…
* * *

On the 14th January 2009, Osama bin Laden delivered his first public statement since May 2008, in an audio tape titled "A Call for Jihad to Stop the Aggression Against Gaza". Out of 22 minutes of airtime, here are some quotes, which were printed in the English media.

"We are with you and we will not let you down. Our fate is tied to yours in fighting the crusader-Zionist coalition, in fighting until victory or martyrdom."

"The jihad of your sons against the crusader-Zionist coalition is one of the key reasons for these destructive effects among our enemies. God has bestowed us with the patience to continue the path of jihad for another seven years, and seven and seven … The question is, can America continue its war with us for several more decades to come? Reports and evidence would suggest otherwise."

The al-Qaida chief vowed to open "new fronts" against the U.S. and its allies beyond Iraq and Afghanistan and also criticized Arab leaders of "avoiding their responsibility" to liberate Palestine and allying themselves with the U.S. and Israel.

"If you are not convinced to fight, then open the way to those who are convinced," he said.

He said President-elect Barack Obama has received a "heavy inheritance" from George W. Bush _ two wars and "the collapse of the economy." There is "only one strong way to bring the return of Al-Aqsa and Palestine, and that is jihad in the path of God," Bin Laden said, referring to the revered Al-Aqsa Mosque in Jerusalem. "The duty is to urge people to jihad and to enlist the youth into jihad brigades."

He also appealed for donations to finance the fight, saying the "tithes from any of the great Muslim or Arab traders" would be enough "for jihad on all the fronts." 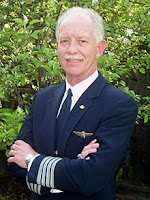 This pilot and the crew are being portrayed as heroes even though they are responsible for the safety of all passengers and it's THEIR DUTY to behave in this manner, when there is an emergency. Who are the real heroes? Let Us See What Tomorrow Brings...... Hudson Plane's Engine Fan Failed Two Days Before Crash-Landing (The Guardian/UK)

US Airways flight AWE 1549 was a passenger flight from New York-La Guardia Airport, NY (LGA) to Charlotte-Douglas Airport, NC (CLT). The airplane took off at 15:26. The flight is believed to have encountered multiple bird strikes within two minutes, after takeoff. This resulted in a complete or partial loss of thrust from the plane's two engines. The airplane ditched in the Hudson River less than six minutes after takeoff. All occupants evacuated the airplane, climbing onto the wing and entering life rafts. Coast Guard vessels and commuter ferries rescued everyone on board. According to FlightAware.com the maximum altitude was 3200 feet before the aircraft began a descent into the water. The last radar return received by FlightAware showed the aircraft at 300ft and 153kts (176mph).

US Airways is the sixth-largest U.S. airline by traffic and is the result of the 2005 merger of the old US Airways and America West Airlines. The entire flight crew on 1549 is based in Charlotte, N.C., one of the airline's hubs. Two US Airways employees were also traveling as passengers. There were 23 employees of Charlotte-based Bank of America Corp on board, as well as three executives and managers from Wells Fargo & Co., which acquired Charlotte's other big hometown bank, Wachovia Corp.

Charlotte is a major banking center. Charlotte has been hit hard by the economic downturn. Both Bank of America and Wells Fargo are planning to lay off thousands of employees, many in Charlotte.

In 1549..................
In the Kingdom of England, it was known as 'The Year of the Many-Headed Monster', because of the unusually high number of rebellions which racked the country including the Agricultural workers' Kett's Rebellion in East Anglia and the Prayer Book Rebellion.

The Prayer Book Rebellion was a popular revolt in Cornwall and Devon, England. In London, King Edward VI and his Privy Council became alarmed by news from the West Country. On instructions from the Lord Protector the Duke of Somerset, one of the Privy Councillors, Sir Gawain Carew, was ordered to pacify the rebels. At the same time Lord John Russell was ordered to take an army, including German and Italian mercenaries, and impose a military solution. In June 2007 the Anglican Bishop of Truro, Bill Ind, renounced the Anglican Church's role in the massacre of thousands of Catholic Cornish (and their allies) during the suppression of the Prayer Book rebellion as an "enormous mistake".

4 November 1549 - The Pragmatic Sanction of 1549 was an edict, promulgated by Charles V, Holy Roman Emperor, reorganizing the Seventeen Provinces. It was Charles' plan to centralize the administrative units of Holy Roman Empire.

Does anyone remember Paul E Erdman's classic portrayal of an American Super Banker (Hitchcock) in "THE CRASH OF '79"? It all works out in the end, doesn't it!

This post first appeared on INTERNATIONAL 7/7 LONDON BOMBINGS INQUIRY - THE AA, please read the originial post: here
People also like
A Guide To Visiting Antigua, Guatemala: The Best 5 Things To Do And See
Nothing Phone (1) Launch on 6/9 at 4:20? Founder’s Tweet Raises Speculations
Jam.GG – Play Retro Games online with your mates
Beard Bib – Solution For Messy Grooming
Should the ends justify the means with Donald Trump?
Bodycam Video: Arizona Police Shoots A Man After Mistaking His Vape Pen For A Weapon

BIN LADEN US 1549 ISRAEL GAZA STRIP - Who are the Real Heroes?