As of this writing the Snowcast 18 Inch Snow Shovel had 229 customer comments and 6 answered questions on Amazon.  I've read through the feedback and condensed the results into this report. I hope that this helps you when shopping for a snow shovel.

The Snowcast 18 Inch Snow Shovel features Galvanized Steel Wear Strip with a Ribbed Steel Core handle.  The shovel length is 51-inches with a blade that is 18 by 12 inches.  This is a shovel/pusher combo.  The weight of the shovel is 7.28 pounds.

This shovel combines the elements of both a shovel and pusher.  It is made for general snow removal.  People liked the metal edge for when they push and scrape the snow away.  A customer explains, "This shovel is Light weight and the metal edge is good on scraping up snow, best value for the price."

The majority of people were very happy with the length of the handle.  There were some that wished it was longer, but they also said they were very a tall.  So the average sized person should feel comfortable with this length.  Here, one customer talks about the length of the handle, "The handle is longer than some other shovels which allows for efficiently pushing the snow."

So Many Uses.  A Good All Around Shovel

There were many comments from customers about how they used this shovel successfully for jobs other than snow removal.  Here are just a few of many of the chores that people used the Snowcast 18 Inch Snow Shovel for:

"Great for scooping up flower shop (in Florida) floor mess. Have you ever tried to buy a snow shovel in Florida? Thanks to Amazon we have one!"

"We have camphor trees surrounding our house and have a huge amount of leaves to scoop up. This shovel works great! I use it to push and scoop up the leaves that are in the road as well as to scoop up the leaves after I rake or blow the yard. Makes the job so much easier. This seems to be a pretty sturdy shovel. I wasn't sure I would like a plastic one as I've always had aluminum so we'll see how many years it holds up."

"Perfect for cleaning out my chicken coop."

A nice feature of this shovel is the weight.  Weighing in at 7.28 pounds makes it easy for people to handle and work with.  A customer commented, "Bought this for my spouse as a birthday present, and she loves it.  She had been using an old heavyweight steel shovel with an extremely long handle, and says this one is so much lighter, easier to carry and use."

A person who had been using a 10 pound shovel bought and used this and couldn't be happier.  The customer commented, " I bought this shovel with a small job in mind.  I LOVE this shovel!  It is So light!  I didn't even break a sweat clearing the deck with this light shovel and the metal strip (which my heavy duty shovel does not have), is AWESOME!  It cut up the solid snow so I could easily break it up to shovel.  It scrapped the ice off the deck so the path is clear (I was having to put down salt to try and break up the ice)!  Since I hadn't broke a sweat, I decided to try it out on the 4 inches of snow that had just landed in the driveway.  Again, it exceeded my expectations."

May Need To Do Simple Assembly

This shovel may require you to attach it in two different places.  Some customer's received their shovel assembled while others said that they had to put it together.  The following customer explains,  "Shovel works great, this is the second one I ordered. The first one came assembled as shown in the photo, the one I just received had to be screwed together (the hand grip to the handle and the handle to the shovel), which is why I took off 1 star." 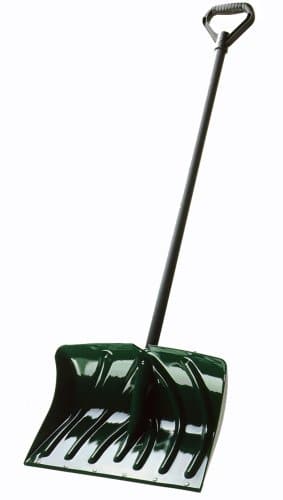 There are many great features of the Snowcast 18 Inch Snow Shovel.  It is low in cost, long handled, lightweight and serves as both a pusher and shovel.  Many people also found other uses for this shovel such as cleaning up flower shop floors, chicken coops and leaves.  It may need to be assembled in two places.  Some people had shovels that arrived fully assembled and some had to do some light assembly.  For the price, I don't see how you could go wrong with buying this snow shovel.

Here are some top questions that I found for people considering buying a Suncast 18 Inch Snow Shovel.

6 Best Places to Visit in Switzerland