Getting out of bed for the last Couple of weeks has been a struggle. The mornings have been so dark. I'm glad the clocks have changed back to GMT today, at least there may be a few weeks of getting up in daylight rather than seeming like the middle of the night! I've mentioned before that working from home is a bit too intense - staring at the screen all day, even during meetings and catch-ups with work friends and colleagues. But at least I don’t have to get up so early and drive to work. Let alone those mornings when you need to scrape the ice from the windscreen, get petrol or sit in a traffic jam. 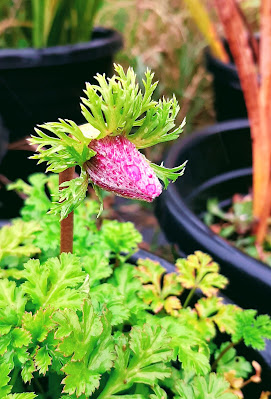 We ventured out to the allotment yesterday afternoon and got a drenching, but it was nice to be outside. And I was suprised to see the Anemone de Caen in bud (photo above). I'm sure it's meant to be a Springtime flower. The weather has been quite mild but the lowest temperature on the polytunnel thermometer was just below 2°.

You can see we’ve not had a frost because the begonias are still alive and flowering. I expected our broad beans to have germinated and broken through to the surface, but no sign of them yet. As soon as they pop up we'll protect them with plastic bottle cloches, otherwise mice will enjoy them.

This is the ash Tree by our plot at the end of the site's central aisle. Sadly it has Ash dieback - a disease which is apparently infecting 80% of the ashes in the country. We have a couple of other ash trees which need to be removed - it’s more obvious in them as they’re completely dead. 'Our' big one is between the site and the canal towpath so there's a debate going on about who's responsible for it. Luckily we have a plotholder who is a tree surgeon so he can advise. 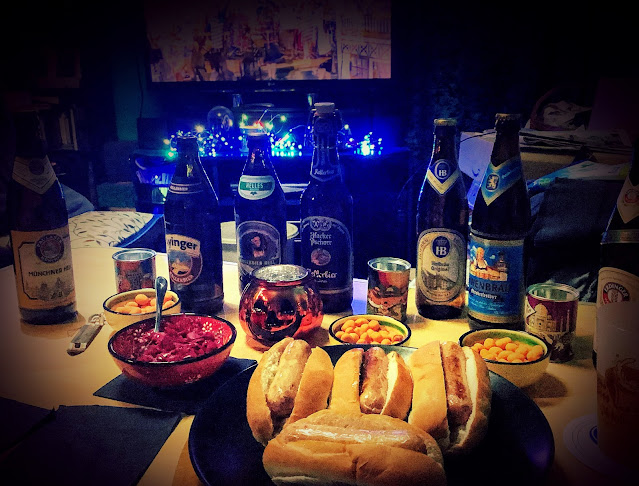 On Friday night Jamie and I had our own Oktoberfest evening, you see, we’re very good at social distancing :-) The Heck veggie sausages were very tasty and a nice selection of German beers (we didn’t drink them all - honest!) and bier nuts.

You may remember the huge Tromboncino squash that somebody gave us last week. I actually did make it into a cake - the last time I made a cake was 2011! I only needed to use the long stem (the bulbed end I fried in chilli and had with other veggies for cold lunches in the week). I grated the squash and squeezed out most of the water before weighing and mixing with the other ingredients.

I used this Hairy Bikers recipe. The only changes I made were using mixed nuts, instead of walnuts, and olive oil instead of vegetable. 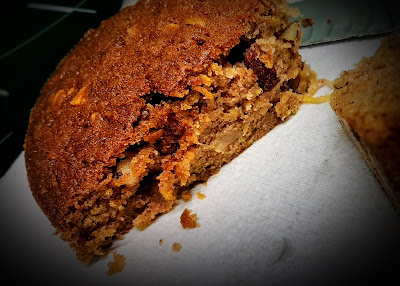 It‘s very tasty and I’ve enjoyed having it for breakfast (and snacks). I wonder if the next cake I make will be in 2029?!
The B52s provide the song title.