The weekend moved us from August to Autumn. Don't be too sad, September and October can still  offer some lovely warm days. 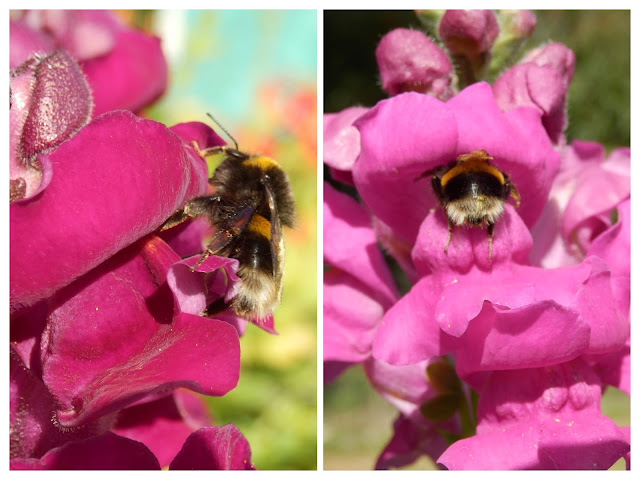 The weekend was variable; one moment needing my raincoat and the next needing to sit down as it was so warm when the sun shone. There were also some strong winds which brought the occasional sharp shower. 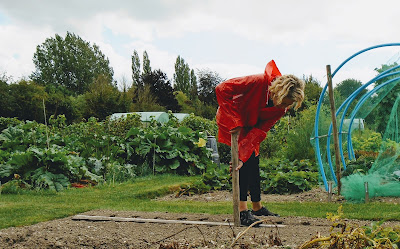 The main aim of the weekend was to dig up a couple of Kestrel plants - providing us with ~7.5kg of potatoes (~16lb). 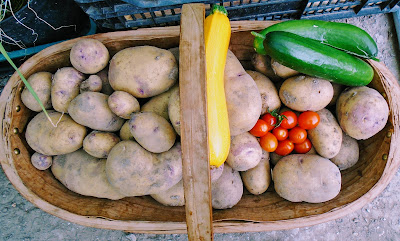 That's cleared enough space for us to get our leeks planted - I'm making the holes for leeks in the red-raincoat photo - it's easy using that big pole and leaves enough space around the tiny leek seedlings to 'puddle in'. This method should stop too much dirt getting into the leeks as they grow - eurgh, gritty leeks - yuk! 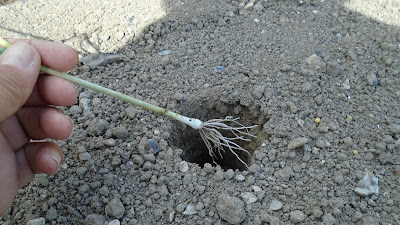 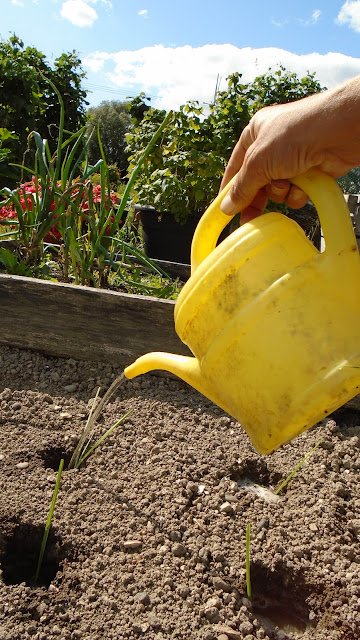 That should keep us going for a while. We have more left in the seedling pot. We'll probably fill other gaps with some of them. 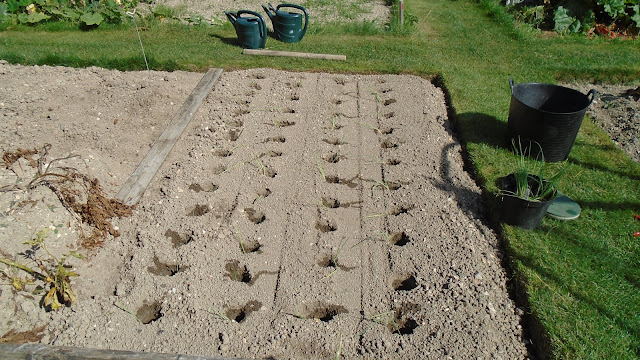 The Lark sweetcorn is coming on well, should be ready in a couple of weeks I reckon. Hopefully the birds and wasps will stay off for a while longer. 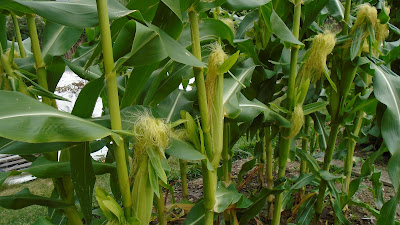 As is the Double Red sweetcorn (below) but the Glass Gem has only just developed it's first male flowers - we'll be extremely lucky if we get anything off those plants before the temperature falls too low. 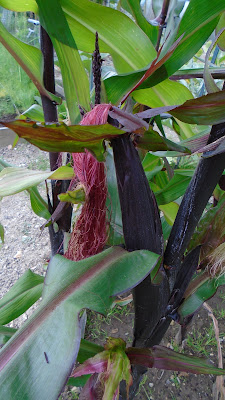 Another crop which has been too slow to produce is the Yard Long Beans, they're only just flowering! I sowed them at the same time as the other runner beans. I don't think they've got time to produce any beans let alone a yard long one! 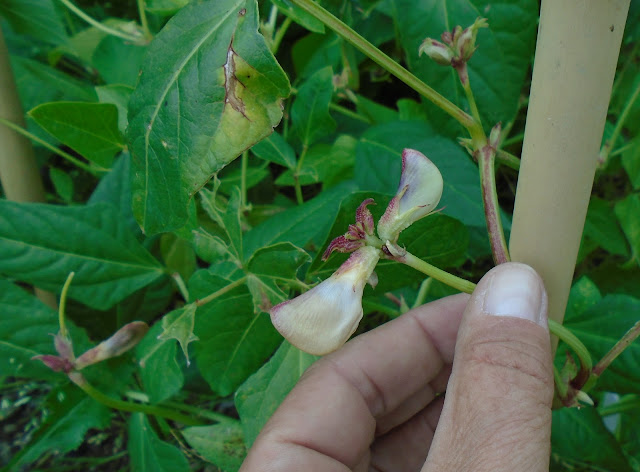 The Gigantes have been more successful, producing lots of large pods. Currently no sign of them drying off which is how the beans are to be eaten. 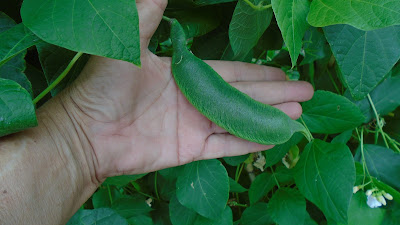 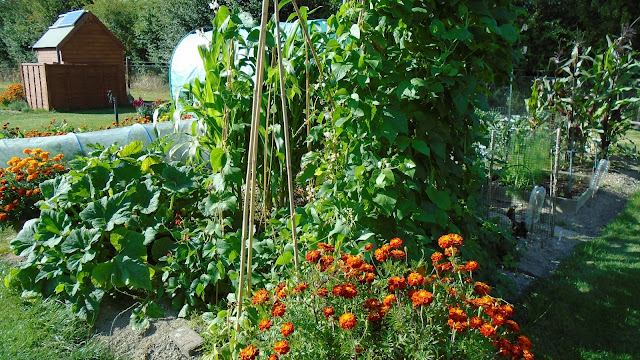 The cucumbers have caught up with the Summer squashes now - we're trying to catch them before they get too large, but there's only so many two people can eat. Still waiting for more tomatoes to go red, but I can't resist eating some each time I visit the plot to water. 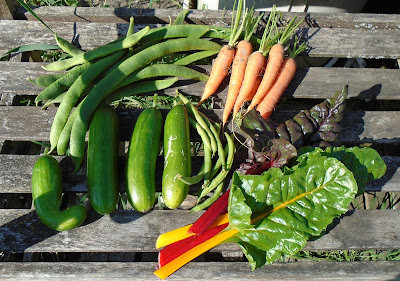 And we lost the battle with the courgettes so I cut all these off to encourage the plants to keep producing smaller ones for us to actually eat! 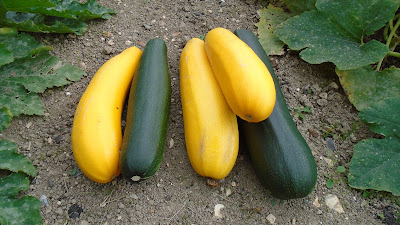 The Summer flowers are still looking beautiful - so pleased with the begonias which we grew from mini-plugs in March and the snapdragons that Ivan gave us as tiny skinny seedlings. 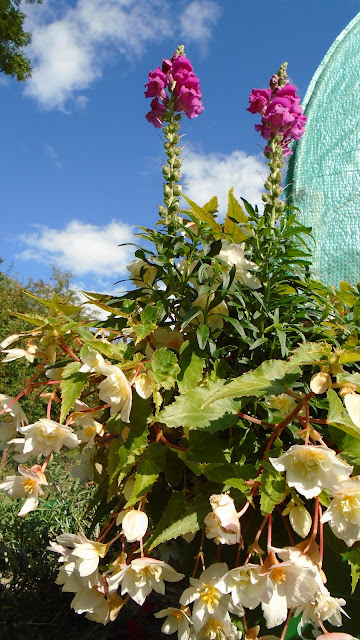 So Summer has officially moved on (song provided by A-Ha) but it's still pleasant for a little while yet..

A Comparison of the Environmental Imp…
Pork Chops with Leeks in a Mustard Sa…
Landmine clearance almost complete on…
An end to Bitcoin? Google Pay “smart …
Three things I do to not be S.A.D. wh…