Mmm, this week's soup is a good one, unlike last week. Swede with carrots, parsnips, leek, a bit of garlic and a hint of chilli from the oil I that I cooked the leeks in - lovely. This won't be going down the sink, which is why I couldn't resist a small bowl of it before dinner last night - well, it's a starter, isn't it? 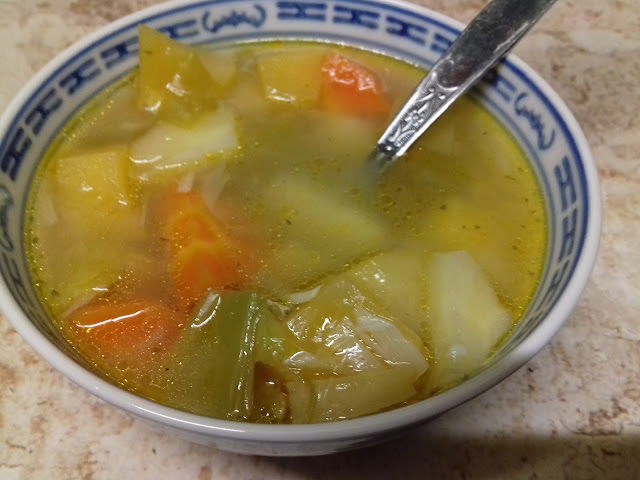 On Saturday we only had a quick visit to pull some - you guessed it - leeks and carrots, to add to a cottage pie and it was a completely rainy day so we couldn't do much on the plot if we had wanted to. 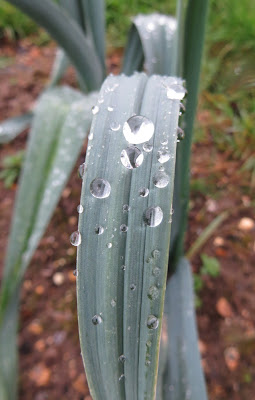 We didn't want to, because we went to the Charlton Park Garden Centre in Wantage to buy our seed potatoes. 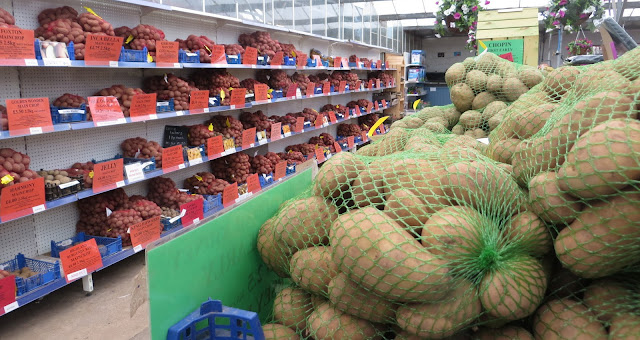 From the huge choice we were very restrained and only bought these:
4 x Orla
2 x Nicola
3 x Pentland Javelin (because Jazzy were only available in bagfuls)
1 x Foremost
4 x Catriona (because there weren't any Kestrels left)
I find it hard not to buy masses of potatoes, especially when they're 16p per tuber, but on Sunday we threw away so many of last year's that were rotting away in the ground so it's only sensible. Here's Jamie digging through last year's potato plot, where we want to plant the shallots quite soon. 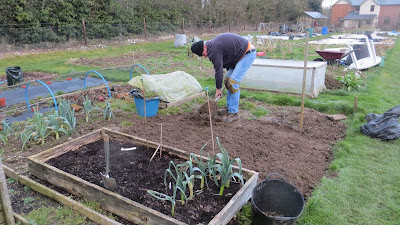 It was a very cold day yesterday, especially when the wind blew, but we did see a little bit of sunshine and were actually properly working so it wasn't too dreadful. 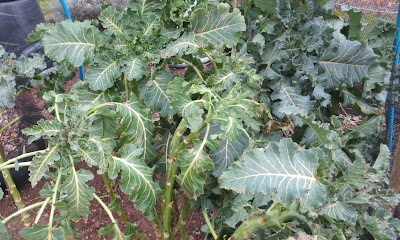 I cleared up the purple sprouting broccoli cage - all the plants have fallen sideways so I've staked them up. There were three tiny florets which I snipped off as (apparently) that should really help the plants to produce more. 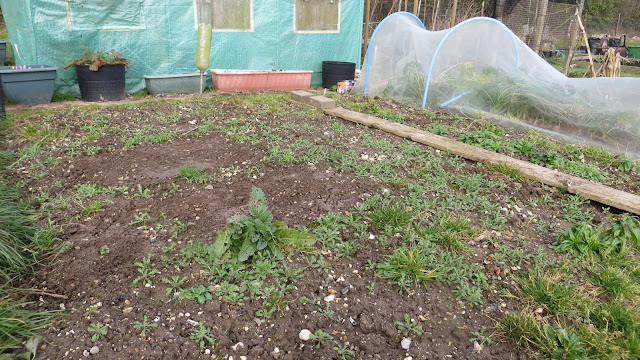 While Jamie was clearing and digging I hand-weeded this patch, where our onions were last year. It was a bit painful but worth it. I added some coffee grounds that we've been collecting, as we're putting the potatoes here this year - they should appreciate the added bit of acidity. 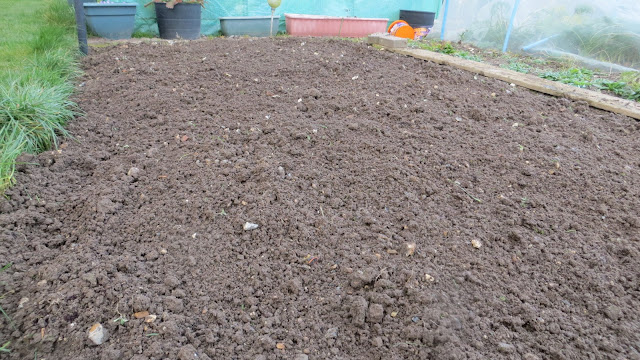 After last week's slightly disappointing bird count we were inundated with robins this weekend. And this little chap was very friendly, bribed with mealworms. 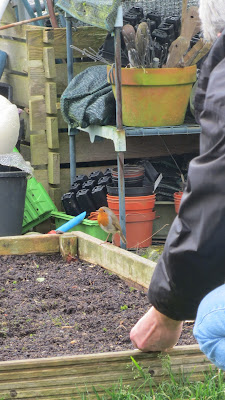 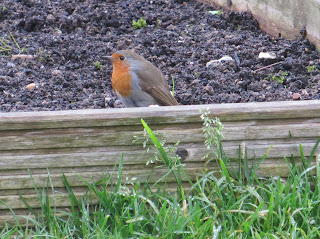 He was particularly keen because we were doing some digging and providing him with fresh worms for a change.

We left yesterday as the temperature was falling and the clouds clearing for a frosty night ahead.. 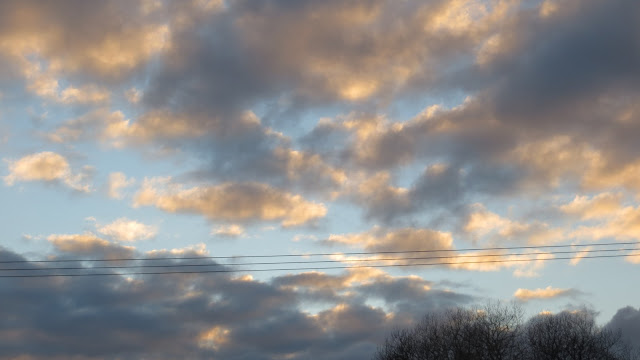 And here's our haul of veg. Look at that colossal parsnip! Unfortunately I put the fork through it, but there's still plenty for my soup and more than half left over - Jamie's going to add that to bubble and squeak. 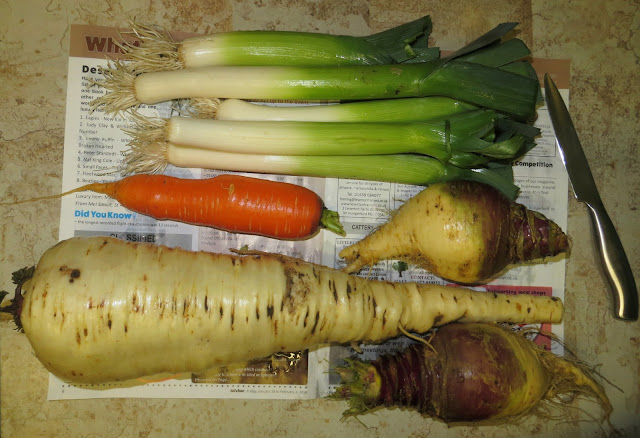 So the song title for this post was a tricky one, but I chose this Carpenters song as it's pretty and we have only just begun really - at least we now have some clear earth.