The priest gambled away $500,000 saved for charity 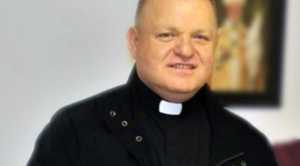 A 51 year old Chaldean catholic priest was arrested in Canada. Amer Saka of the St. Joseph Chaldean Catholic Church was raising funds for refugees who escaped from the war zone. Saka had been collecting money for years. $500,000 or even more money was reserved for a private sponsorship program to help refugees who come to Canada. This worked well since they could help more than 10 refugees and the plan was to keep on helping even more. People trusted him since he is a priest. Parishioners did not know anything. When they find out what happened, all of them were sad, surprised and very disappointed. However, in later interviews his parishioners said they would forgive Saka.

A Balanced Response to Allen Gwinn
What Is the Worst Credit Score?
Universal Tips on How to Promote Your…

Shaleta, the bishop did not know about Saka’s private charity program until a woman came to his office and told him she wanted to deposit money to help her family. Shaleta told the woman not to deposit any money before he finds out more of the story. The bishop put a pressure on Saka to tell the truth about this sponsorship program. Amer Saka later confessed everything to the head of the Chaldean catholics, Bishop Emanuel Shaleta.

The priest tried to convince the bishop by saying he had a problem and he lost all money through gambling. His lawyer, Iryna Revutsky said Saka has a very difficult time now and they do not know how this case is going to be resolved. Revutsky later said Saka remains “committed to his Christian faith and his parishioners.” The investigations started in February.

Even though he had gambled away the money that was meant for refugees, Saka returned the money to some of them who are already in Canada. Monsignor Murray Kroetsch says they are comitted to help them who are in camps now, waiting for their documents. The money would be a great help to these people, to find a translator-which is essential-, helping with housing (renting a room), food in the first year etc. Each refugee needs more than $10,000. For families, this sum is even even more, $27,000 for a year.

Saka obtained money from more than 20 people. Some of them even donated their live savings’ in order to help. The court ordered that the priest cannot enter any casinos. A friend of Saka’s told the press that the priest is very depressed and so scared of ending up in prison. After a five-month probe into allegations money entrusted to Saka had gone missing, investigators charged him with fraud valued at $5,000 and an offence, possessing the proceeds of property or a thing valued at more than $5,000. Saka will have to return the court on 18th August. The diocese added that the charity program continues and they hope they will be able to support more and more refugees that are in need. They will even continue raising funds in Saka’s privately sponsored program. Obviously, Saka will not participate. Monsignor Kroetsch counts on the Catholics to help refugees to change their lives for the better.

The post The priest gambled away $500,000 saved for charity appeared first on .

This post first appeared on Online Slots Directory - Play Popular Slot Machine, please read the originial post: here
People also like
A Balanced Response to Allen Gwinn
What Is the Worst Credit Score?
Universal Tips on How to Promote Your Business On Facebook

The priest gambled away $500,000 saved for charity