Fire and Ice, Vikings, Runestones and Huge Wins Set the Scene for the Volatile Vikings Slot! 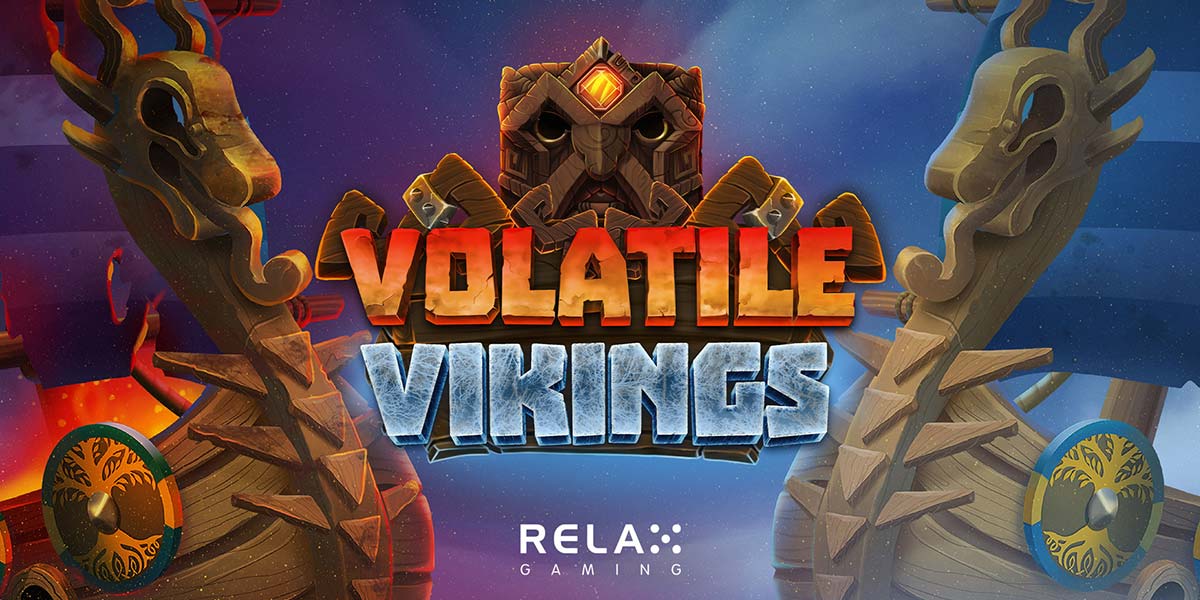 Casumo Casino has added the latest cartoon styled Volatile Vikings slot from Relax Gaming to their casino, the game launched into action on the 21st of September 2021.

This Ragnarok inspired slot uses a theme of Fire and Ice to break p the gameplay, Viking ships and Runestones to set the scene as you embark on a journey in search of epic loots up to 20,000x stake!

There’s certainly no questioning of how this slot got its name. Volatile Vikings is a highly volatile release that includes multipliers in the range of 2x right up to 100x. When you factor in that these multiplier values remain persistent in the bonus round, you can expect that the 5/5 volatility and game title will match your expectations. 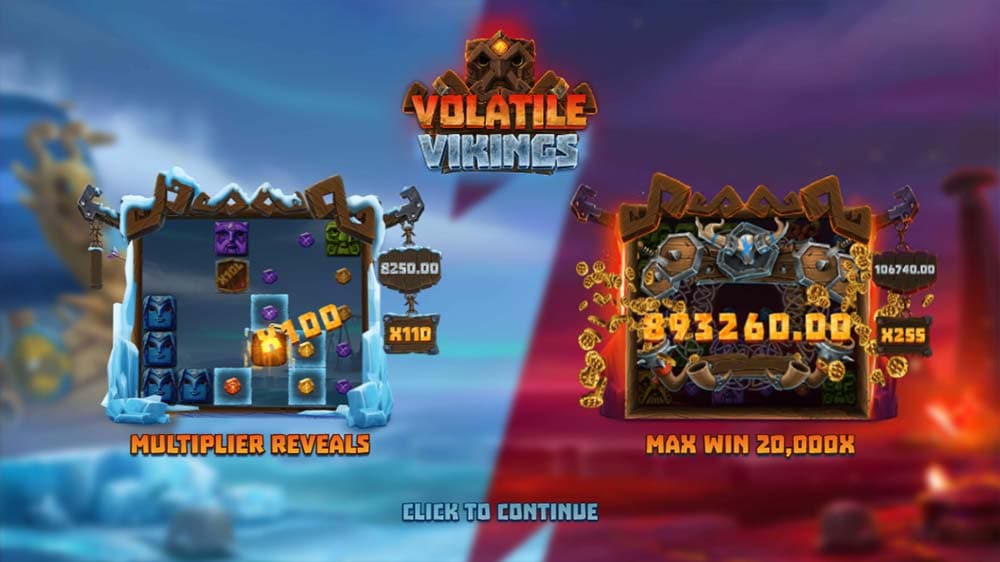 The base gameplay in Volatile Vikings takes place on a 6×5 grid layout with symbols dropping in from the top of the reels like a regular slot. However, there are no paylines as such here, and no “cluster pays” either, which on first play can be very confusing working out just how you are scoring wins!

Instead, you are simply looking for a specific number of matching symbols on the reels to create wins. The minimum number required is eight, with additional amounts leading to bigger payouts. The game does refer to them as clusters, but in reality, they need to be visible on the reels in any position.

However, these wins are pretty small. Even with the highest paying symbol only paying out 50x bet with a maximum “cluster”, thankfully, you have the addition of Multipliers which can boost these values to epic proportions. 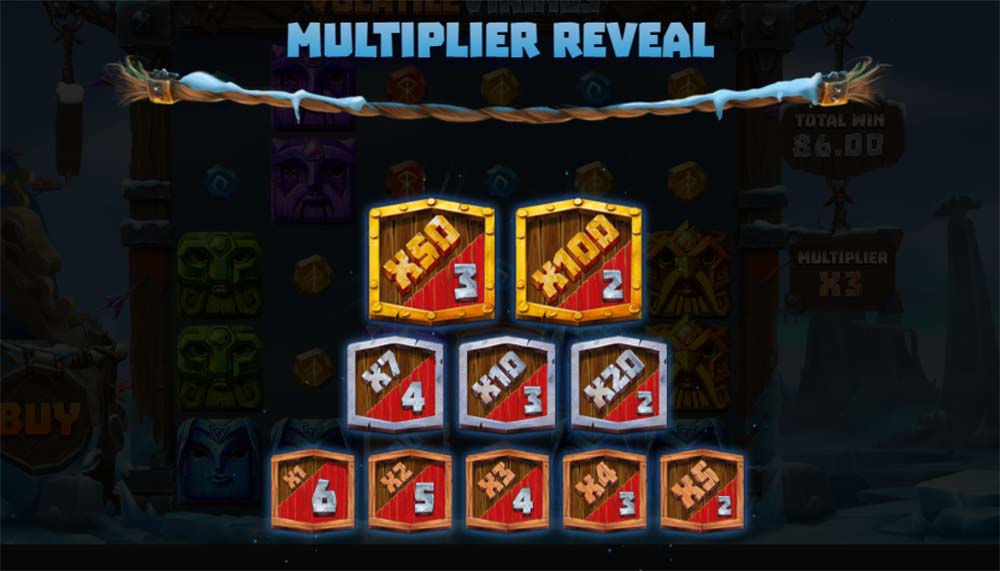 In the base game, these special multipliers can appear in values of 1x right up to 100x and appear on the reels with an extra number attached to them. This number reflects the number of successive wins required before this multiplier is unlocked, collected, and added to any base game wins.

This feature is relatively easy to grasp and keep track of if you understand the cascading style of wins slots.

This slot’s “Volatile” naming is because of these Multipliers being persistent during the bonus feature. Massive base game hits are also possible with 100x multipliers on offer, but the bonus round is where this slot bursts into fire, and the variance can go crazy!

Relax Gaming has, however, limited the maximum win on this machine to 20,000x, which is plenty.

You will see how volatile this machine can be very quickly after a few bonus rounds, and I thoroughly recommend testing this machine in demo mode first! 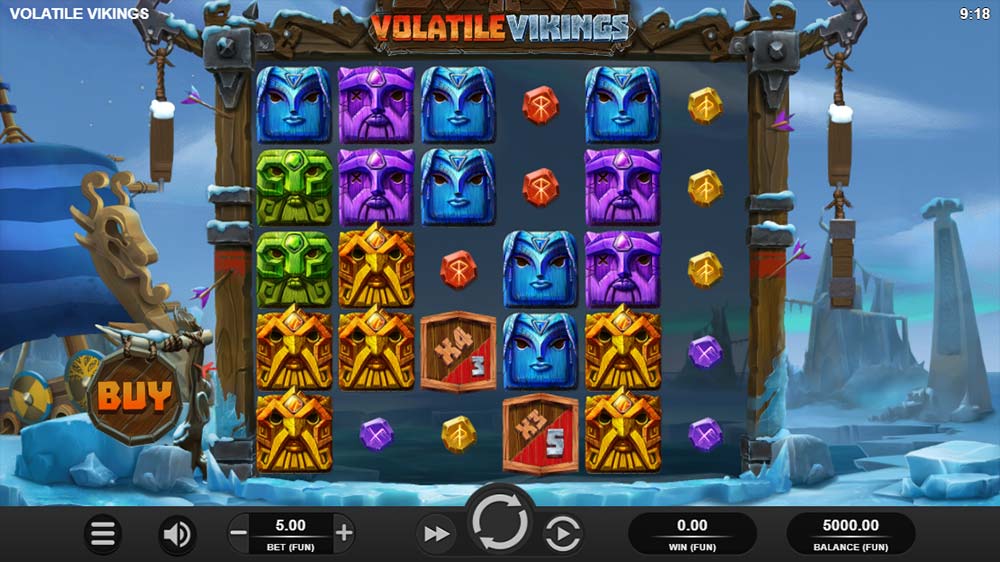 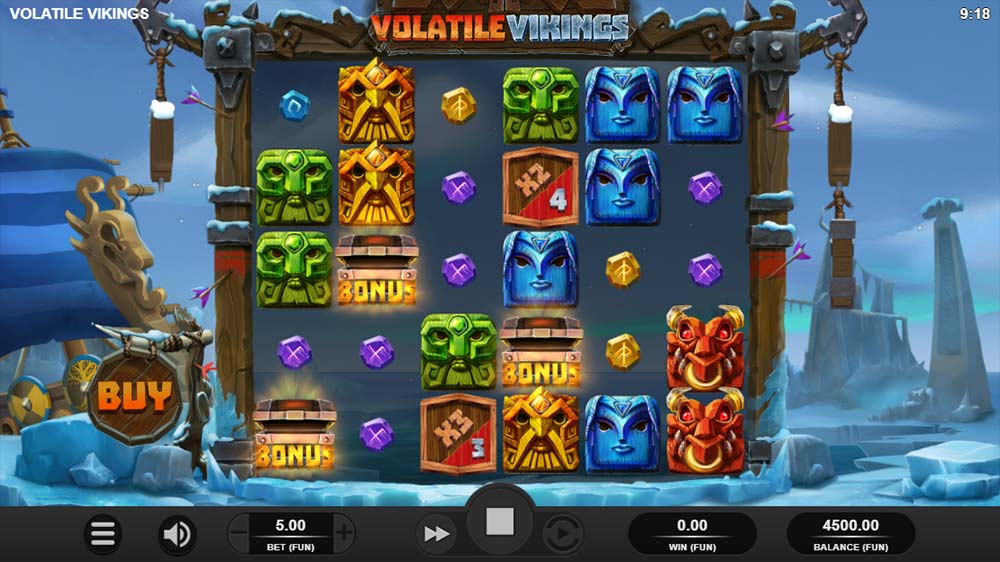 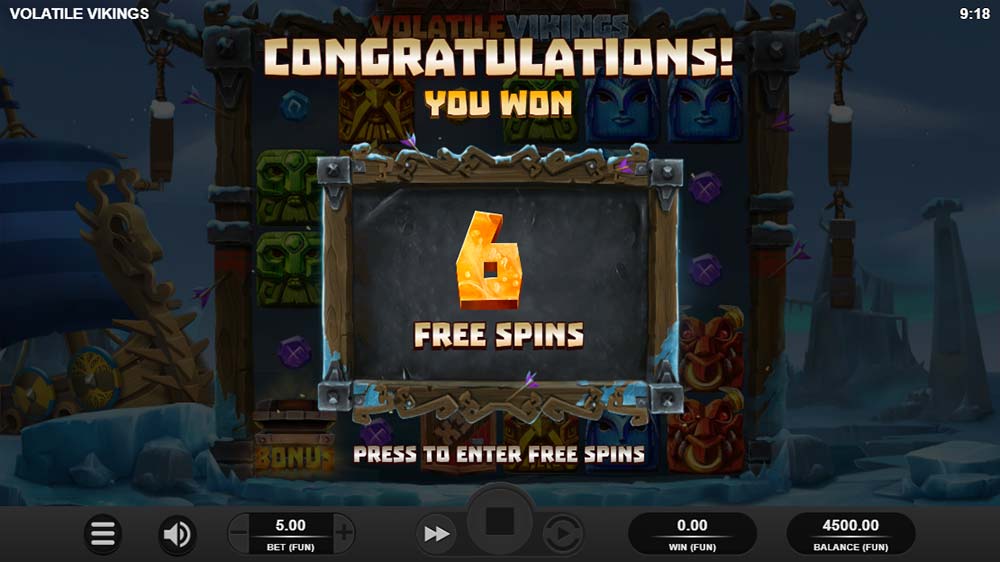 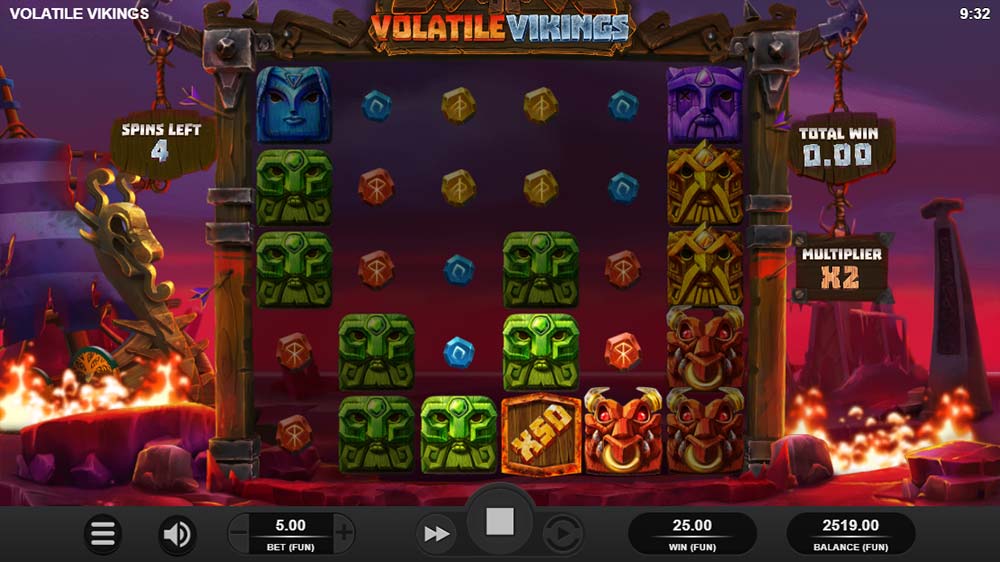 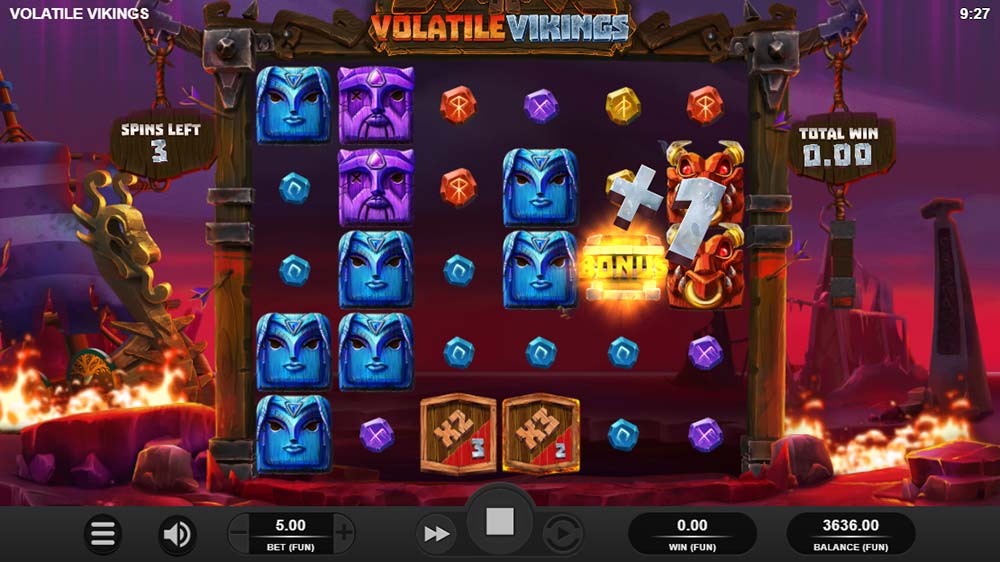 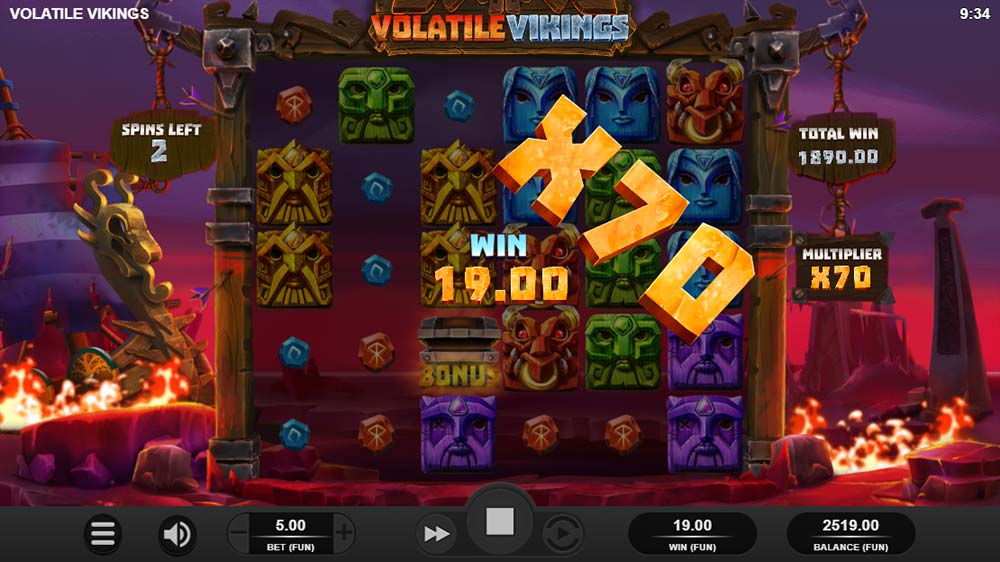 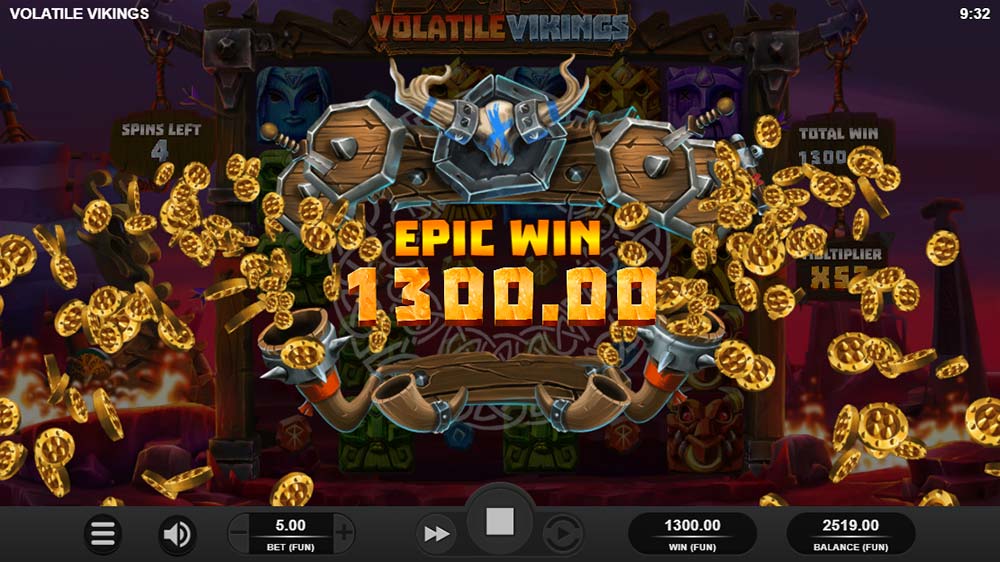 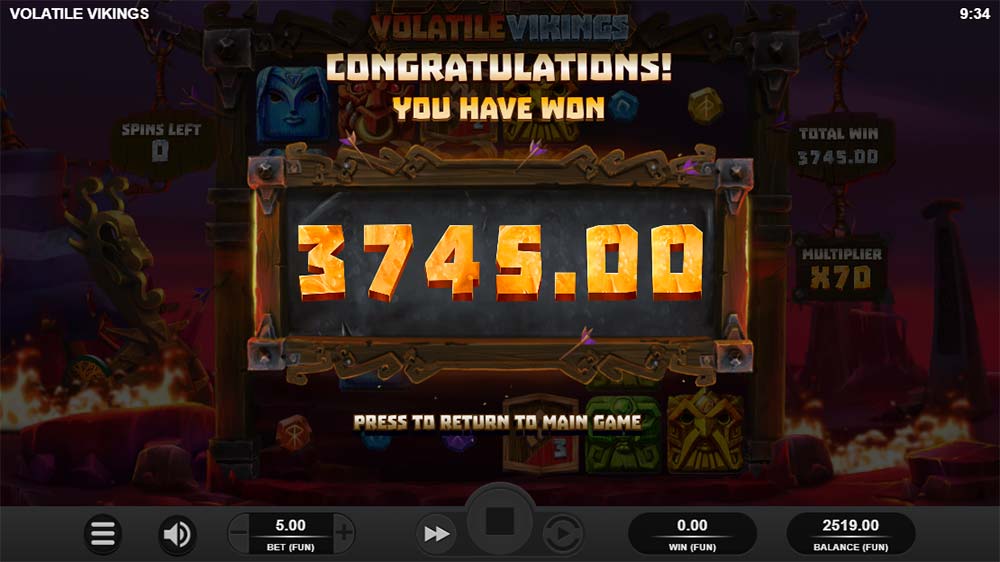