Premier League matchday 6 is upon us. The league kicked off on Friday night with Leeds United winning 3-0 against Aston Villa, ending the Villains’ winning run. 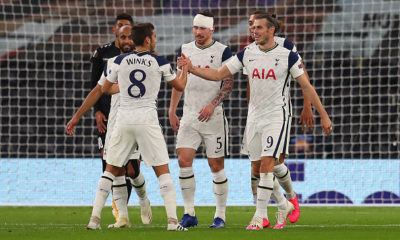 Premier League matchday 6 is four days of games ending on Monday night with two fixtures. Our picks for this week’s matches will focus on Monday night’s games.

Brighton and West Brom are near the bottom of the table and both are struggling. Brighton are 16th with just four points from 15 possible. West Brom are one place lower in the table having collected a mere two points from 15 available. Monday night’s game is a six-point match. The winner could move on to safety from relegation, the loser can expect to fight relegation for much of the remainder of the season.

West Brom have allowed 13 goals this season to opponents. They have not won and each time West Brom had a chance to win they capitulated defensively. On the road, they have lost twice and conceded seven goals while scoring twice.

Brighton have lost both of their home games and were outscored 6-3. Brighton have been in the Premier League since 2018, West Brom were just promoted. The Seagulls have shown over the last two seasons that they can do just enough to gain points at stay up in the league.

West Brom should struggle on the road and fall to another defeat. Brighton are not much better in quality, but they are good enough to get all three points.

Tottenham Hotspur head into matchday 6 in red-hot form. They are unbeaten in five straight league games. Fans will point to their defensive capitulation on matchday 5, however, as the team conceded three goals in the second half versus West Ham to finish 3-3.

Burnley are 18th in the league. They have failed to win any of their opening four games. One point from 15 possible was taken by the Clarets. Spurs are a different class compared to Burnley. They are an expensively put together team with one of the coaches of the last generation in charge of them.

Tottenham Hotspur should win and the real question is: how many goals will they score? In one of the two games between the clubs last season, Spurs won 5-0.

Result: Tottenham Hotspur and either Son or Kane to score anytime