If you are looking for a break from betting on sports, then why not have a punt on the 2020 Presidential Election? 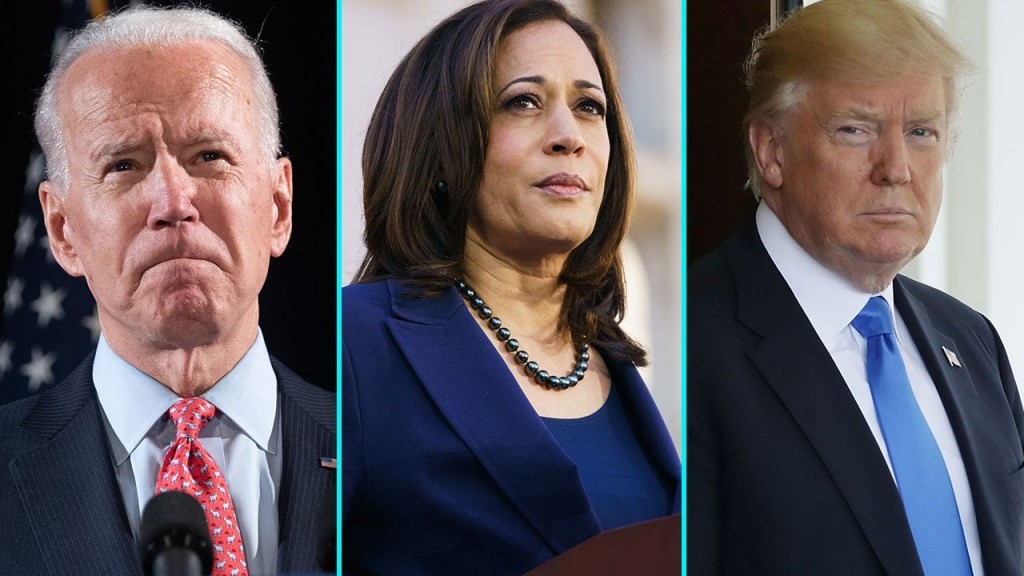 Much like sports, the 2020 Presidential Election has pundits dissecting the race for the White House with polls, stats, and various claims. Odds have ebbed and flowed with the election just a stone’s throw away.

How and Why America Was Hit So Hard B…
How Universal Basic Income Gets Attra…
Wuhan Weather Report
Libra privacy Dimensions of Libra Ass…
Can I tell you the truth?

When is the 2020 Presidential Election?

The 2020 Presidential Election will take place on November 3. The coronavirus pandemic and Black Lives Matter movement have had a major influence on odds. Speculation has grown that incumbent Donald Trump could be ousted by Democratic nominee Joe Biden. However, Trump supporters will come out in droves to ensure their man remains in the White House.

According to pundits, Biden may have just played his trump card (pun intended) after announcing senator — and one-time presidential hopeful — Kamala Harris as his running mate.

Regardless of which person wins, due to the coronavirus pandemic and Black Lives Matter movement, they may both ultimately be losers once the presidential term finishes.

Please understand this important fact about the 2020 Presidential Election…

Depending on which side of the political line you sit on and the news source you prefer, you will certainly favor one candidate over the other.

Here at Zcode System, we are not interested in the political party or how you vote. We don’t care about which political party you support. This is a betting opportunity.

This is simply a look at betting on the winner just as we would the Super Bowl or World Cup Final.

Who is the favorite to win the 2020 Presidential Election?

Leading sportsbooks have Biden as the current favorite to win the election in November. Anything can happen between now and then and odds could change. We have seen lots of changes so far in odds.

Remember that Trump lost the popular vote in 2016 against Hilary Clinton but received the presidential nomination due to the electoral college. Will the public vote for the Democrat once more?

In 2000, George W. Bush lost the popular vote too. Only five times in the United States’ history has that occurred. Remarkably, Millennials have seen it occur twice in their lifetimes. And people say Millennials have it easy!

The U.S. went over 100 years between Bush’s win thanks to the electoral college in 2000 and the previous time it occurred in 1888 when Benjamin Harris did it. What does this have to do with the favorite for the election? Well, just because Biden is favored and the populous may vote for a presidential change, it doesn’t mean Trump won’t win once more.

Could we see a third election in 20 years in which the electoral college goes against the popular vote? With the way politics has gone in the last 20 years, it could happen.

Don’t forget, Trump was 5/1 to win the 2016 election the day before it took place. It was the biggest political upset in history thanks to the electoral college.

Kamala Harris’s impact on the election

Harris is an experienced politician. The California senator isn’t just a run of the mill politician in 2020 chosen as Biden’s running mate. She has name value much like Barrack Obama had in the years leading up to his presidential nomination.

She has thrown her weight behind endorsing Biden as a person who can “unify” the U.S. After coronavirus and Black Lives Matter movement becoming major influences on the election, her addition to the ticket could be the tipping point.

Biden is currently listed by some leading sportsbooks at -133 to win the election. Trump, on the other hand, is at +130.

If you fancy a punt on the 2020 Presidential Election, be sure to use the Zcode System line reversal tool. It could help you make the right decision betting on the president even if you don’t think the right person gets into office.