The UEFA Europa League quarterfinals are down to the elite eight. The teams are just three steps away from lifting the Europa League trophy. 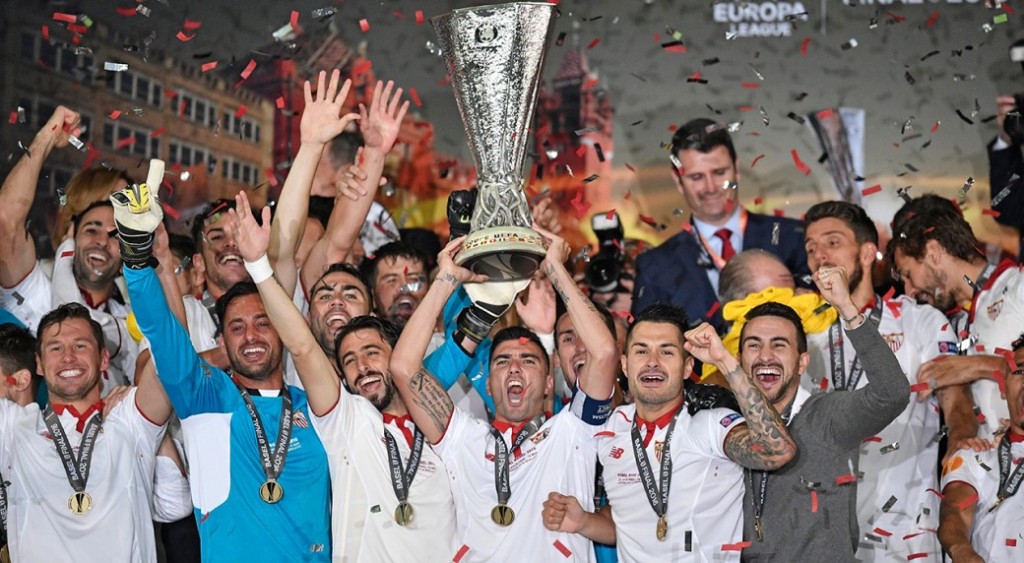 Unlike in years past, the quarterfinals — and semifinals — will be one-off games rather than the traditional two-legged home and away series. The one-off game format should create a frantic pace in which each team knows there is no second match to overcome a deficit. In addition, the away goals rule is not in effect for the Europa League quarterfinals.

How to Integrate Bitcoin Payments in …
How to Make a Latte at Home
High End Rugs
Major League, TylerICU & DJ Thabzin –…
Coach Depression sent in the play, wh…

Inter Milan head into the quarterfinals as the second favorite to win the competition, according to leading sportsbooks. The Nerazzurri finished second in Serie A and go into the game having won to nil their last four games in all competitions.

Bayer Leverkusen were hot and cold after the German Bundesliga’s restart in May. They finished off Scotland’s Rangers in the last round 1-0. The Company XI are a solid team but do not have the individual talent that Inter Milan do.

Antonio Conte also has the Nerazzurri well-drilled. The Nerazzurri should come through this game, possibly with a win to nil, as they continue on to the semifinals. Striker Romelu Lukaku has 30 goals in 48 games in all competitions. He could get the winner for the Italians.

If any team got an easy draw for the quarterfinals, it was Manchester United. The Red Devils go into the game versus Denmark’s FC Copenhagen with the chance to win the tournament for the second time in four years.

FC Copenhagen came from a goal down to eliminate Istanbul Basaksehir in the last round. Meanwhile, Manchester United thrashed Austria’s LASK Linz 7-1 on aggregate. Manchester United are favorites to win the Europa League.

The Red Devils have kept 26 clean sheets this season and FC Copenhagen’s attack may be the weakest left in the tournament. I’m going against the VIP prediction with Manchester United winning to nil.

Tuesday night kicks off with an intriguing quarterfinal fixture between Shakhtar Donetsk versus FC Basel. The Ukrainians came through the last round with a 5-1 aggregate win versus Germany’s Wolfsburg.

FC Basel, on the other hand, eliminated Eintracht Frankfurt 4-0 on aggregate. It was the second straight round in which FC Basel won the round by a 4-0 scoreline. The Swiss club shouldn’t be slept on. They are a strong defensive team that should keep the scoreline low. However, Shakhtar Donetsk, who won the competition in 2009, are an underrated side.

Shakhtar Donetsk striker Junior Moraes is one to watch. He scored three goals in his last two Europa League matches. This game will be a tight fixture with Shakhtar Donetsk coming out on top in the end.

This is the match of the round. Both clubs will feel hard done to have drawn one another and not a team deemed as easier to defeat. Wolverhampton Wanderers head into the game after knocking out Olympiacos 2-1 on aggregate. Sevilla were very impressive in the last round defeating Roma 2-0 on aggregate.

Both teams are very defensive and keep games low scoring. Wolves have kept 23 clean sheets in all competitions. Sevilla have kept 25 shutouts. Wolves will play their 59th game of the campaign while Sevilla will appear in their 52nd.

Sevilla won the Europa League in 2014, 2015, and 2016. They are an experienced team in the competition and will be difficult to defeat. However, Wolves’ team mentality should help them keep the game close. Zcode’s prediction is a 2-1 Sevilla win. I’m going to disagree with that. I pick this game to be a draw between two very closely cut teams. This game should go to extra-time and possibly penalties.