With Bitcoin prices recently reaching an all-time high, topping $40,000 per coin, Bitcoin-denominated Poker sites have had to adjust certain aspects of their operations. Notably, the increase in BTC prices means that the Rake has become higher in U.S. dollar terms, leading some rooms to implement rake decreases. However, one offshore poker provider that seems not to have kept up with the times is Nitrogen Sports Poker. The rake at this room now reaches higher than $80 in some pots and was more than $90 at Bitcoin market highs! 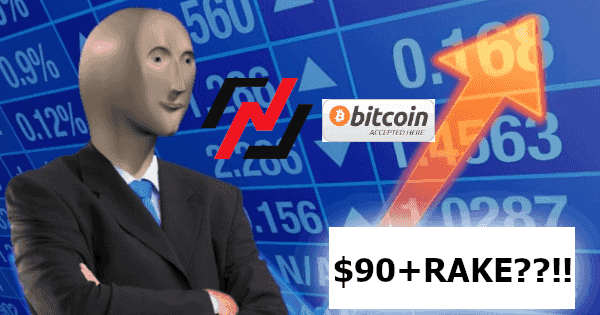 It's easy to calculate what the rake is in any cash game pot at Nitrogen because the full rake schedule is published on Nitrogen's website. For NL/PL tables, It is as follows: 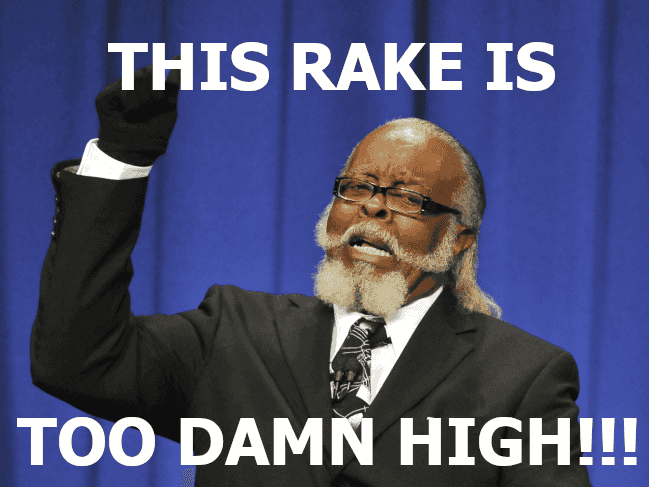 You might be thinking that this is indeed an exorbitant amount of rake but that it only really affects a tiny minority of players. After all, few have the bankroll to play in what amounts to $1,600/$3,200 stakes. There are often not even any games active at these nosebleed tables.

Even $5, the lowest rake cap present at Nitrogen for games with at least five participants, is pretty high. As you can see from this page about the rake charged by mainstream poker sites, games of this moderate size seldom have a rake that goes beyond $3 or sometimes $4. And at every higher blind level, the discrepancy just gets bigger. The fact that Nitrogen charges only 4% rake as opposed to the industry-standard 5% isn't nearly enough to compensate for this especially in higher-stakes games.

What About Other Crypto Sites?

Of course, comparisons to fiat-based poker halls are only somewhat relevant. It's more appropriate to put Nitrogen's rake numbers next to those of other crypto coin rooms to get a more valid point of reference.

At SwCPoker, the biggest rake cap for NL and PL ring games is 150 chips, which is applied to Bad Beat Jackpot games with blinds of 25/50 or higher. Given SwC's formula of 1,000,000 chips = 1 bitcoin, this works out to 0.00015 of a bitcoin in rake or about $5. So SwCPoker's maximum rake in the biggest tables offered, which includes a jackpot drop, is about comparable to the cap in Nitrogen's smallest games.

At Blockchain.poker, the most extortionate rake cap of 30k satoshis is found at tables of 100k/200k satoshis, which is the same stakes as Nitrogen's 1/2 game. This figure of 30k satoshis in rake is equal to 0.0003 BTC, which has a present-day value of almost $10, so this is a pretty hefty house charge. The cap in Nitrogen's 1/2 cash games, though, is 1.5 chips or about $50. It's worth mentioning too that at these tables, blockchain poker only takes 0.10% in rake whereas Nitrogen levies its standard 4%.

In its highest-stakes ring tables, Coin Poker takes up to 600 CHP in rake. This is worth around $4.50, so it beats Nitrogen at the high end, and smaller games have caps that go as low as $0.12 in CHP, so Coin Poker wins at the low end too. Also, the rake percentage of just 2% at Coin Poker handily beats Nitrogen's 4%. Of course, the fact that it uses a custom token rather than the more widely adopted Bitcoin is a demerit against Coin Poker.

The extended bull run in Bitcoin has affected Nitrogen in more ways than by growing its rake caps to ridiculous levels. As we hinted at above, it has also inflated the micro stakes tables to the point that many prospective players might not feel comfortable joining the games.

When Bitcoin was about $10,000 a coin, the lowest 0.01/0.02 cash game stakes present at Nitrogen were approximately equal to $0.10/$0.20: not exactly the smallest games to be found online but certainly well within the budget of most fish. Nowadays, this same game is more like a $0.35/$0.70 affair: too high for the comfort of many recreational players.

Thus, even as the poker site rakes away a lot of users' scarce funds, it's also eliminating the micro-stakes games that are the lifeblood of the internet poker economy. We don't think management has implemented these strategies as a matter of deliberate policy. Rather, we believe that they have just been content to let things slide without paying enough attention to how externalities (like the boom in Bitcoin) are affecting their poker operations.

You Can Lead a Horse to Water…

This isn't Nitrogen Sports Poker's first rodeo. Both Nitrogen and its primary competitor, SwCPoker, have been around since before the massive Bitcoin bull market in late 2017. They have thus had to face similar challenges in the past.

In December 2017, we penned an article articulating some of the issues for online poker caused by rising crypto valuations. At that time, we noted several solutions that sites could deploy to counter these conditions.

Since then, SwCPoker has implemented two of our suggestions: lowering the rake caps and redenominating the chips. You see, SwC used to have the same 1 chip = 0.001 BTC arrangement as Nitrogen. SwC, however, saw the wisdom in revaluing its chips to now be worth 0.000001 BTC apiece. Blockchain.poker meanwhile has always set the value of 1 chip to 1 satoshi (1/100,000,000 of a bitcoin).

By keeping the value represented by one chip low, these two organizations can continue to spread nano-stakes games, giving them advantages in this segment of the market. While the likes of Phil Ivey and Doug Polk garner the lion's share of the media attention, it's the more affordable stakes that represent the bulk of the hands being played online and the overwhelming majority of the players too.

Nitrogen Sports has had about three years to consider how it could combat the threats to its business posed by soaring Bitcoin values. It appears that Nitrogen has squandered this opportunity, doing pretty much nothing, while its rivals have capitalized upon it. SwCPoker, Blockchain.poker, and Coin Poker now regularly surpass Nitrogen in average player counts whereas three years ago, Nitrogen was comfortably ahead of SwC, Blockchain.poker was still in beta testing, and Coin Poker was hosting only play money games. 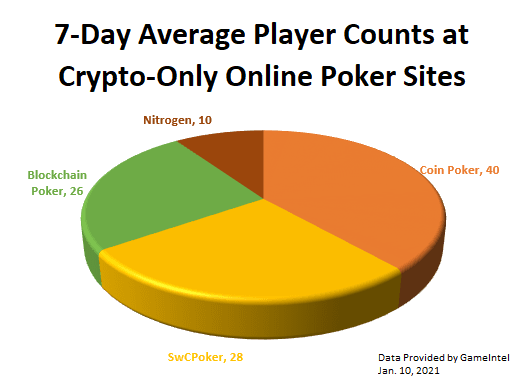 We still find Nitrogen Poker to be a solid place for BTC poker under normal circumstances. However, we can not realistically recommend that players play on a site with $90 per hand rake. As of the time of this writing we have reached out to NitrogenSports and asked them to re-evaluate their rake schedule in light of the new Bitcoin prices. Should they modify the rake back to reasonable levels, we will happily endorse them again. You can learn more about it in this truthful Nitrogen Sports Poker review. Other sites are now be superior to NitrogenSports for Bitcoin poker players. Therefore, you may wish to check out a list of the top Bitcoin poker sites, which includes sites that will accept your crypto deposits but allow you to play in U.S. dollars as well as those that conduct all gameplay in BTC.