Costa Rica-based sportsbook 5Dimes unexpectedly announced on Monday, Sept. 7 that it would stop serving customers from the United States. These users will be unable to make bets starting on Sept. 21. 5Dimes operates a sportsbook, a racebook, several casino platforms, a bingo hall, and a lottery wagering section. It is also the originator of, and one of the online poker sites on, the Grand Poker Network. 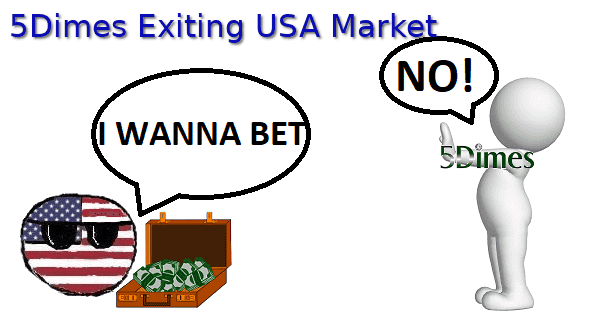 5Dimes sent an email about the recent changes to affected customers, and it also showed a message to Americans who logged into their accounts on Monday. From what we have been able to tell, the two texts were identical: 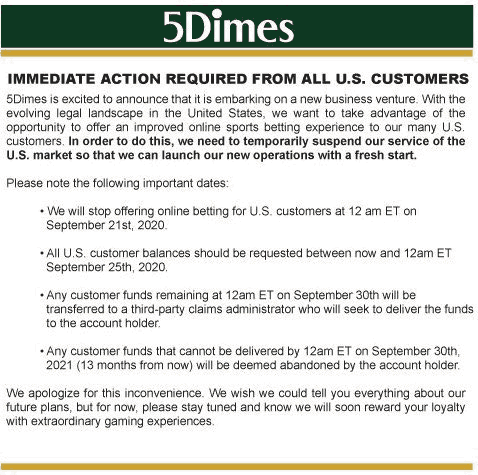 As indicated in the message, bettors from the United States will not be able to make new wagers from Sept. 21. They will have until Sept. 25 to request a withdrawal of their balances. If any customers from the United States have neglected to claim their money by Sept. 30, it will be turned over to a third party, which will endeavor to restore the funds to their rightful owners. Any such money that has not been refunded by Sept. 30, 2021 will be forfeit.

Evidently, all user bets that will resolve after Sept. 25 have been cancelled for American punters. This is a kind of angle shooting on the part of 5Dimes because many futures wagers on teams or players that have already been eliminated were graded as losers. Yet, bets on sports clubs or athletes that have progressed to latter stages of the post-season or tournament will essentially be nullified. The bookmaker is collecting its wins but failing to pay out some tickets that will turn out to be winners for the bettor.

We've encountered reports from customers saying that 5Dimes offered to transfer their accounts to BetAnySports, which appears to be basically a clone of 5Dimes that is continuing to serve the United States. Most interestingly, at least a few users were successful in transferring their pending futures bets over to their new BetAnySports accounts. 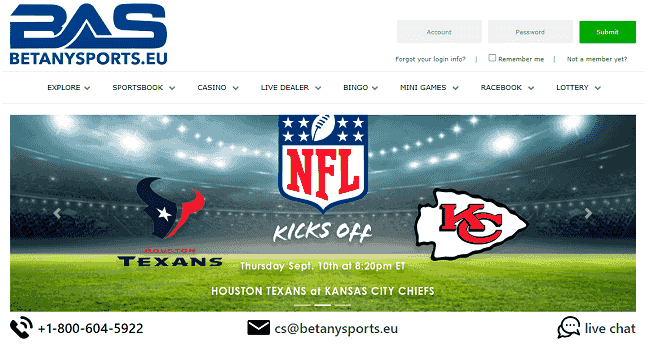 However, on the afternoon of Tuesday, Sept. 8, 5Dimes customer support began informing bettors that the option to migrate accounts to BetAnySports was no longer available.

Although a bit short on details, the 5Dimes message to American users did say that this suspension of service was merely temporary. According to 5Dimes, “With the evolving legal landscape in the United States, we want to take advantage of the opportunity to offer an improved online sports betting experience to our many U.S. customers.“ 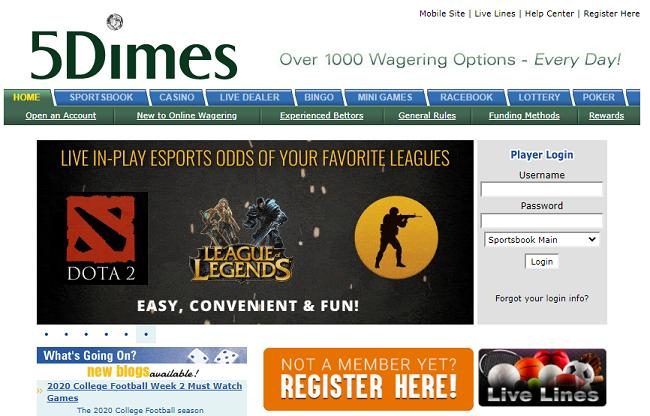 This phrasing strongly implies, even if not confirming it outright, that 5Dimes is working toward obtaining licenses in states that have legalized online sportsbooks. Originally consisting solely of Nevada, the list of sports betting-friendly states has expanded significantly in the wake of the landmark Murphy v. NCAA decision by the Supreme Court. State bureaucrats are loath to issue licenses to corporations that operate in unregulated jurisdictions, and so this departure from the United States could be a prelude to a brand-new, shiny, state-licensed 5Dimes operation.

5Dimes' Past May Haunt It

However, regulators in general have a pretty dim view of organizations that have offered unlicensed gambling services within their territory for a considerable length of time as 5Dimes has done. It launched for business in 1998, meaning that it has been serving the United States for more than two decades. Companies like this are sometimes barred from obtaining licenses altogether through “bad actor” clauses or at least have to wait many years before being deemed “clean.”

Not only that, but 5Dimes has caught the attention of law enforcement before. In 2016, it was implicated in a scheme to accept deposits from Americans and cash out their winnings via Amazon gift cards. The Department of Homeland Security filed an application for a warrant to seize funds contained within 15 Amazon accounts connected to the site.

The recent change in direction at 5Dimes may be attributable to the fact that its founder passed away a couple of years ago. William Sean “5Dimes Tony” Creighton, an American residing in Costa Rica, was kidnapped in October 2018, and despite nearly $1 million in Bitcoin being paid as a ransom, he was not released. In September 2019, Creighton's body was found in a cemetery 100 miles from where he was abducted. 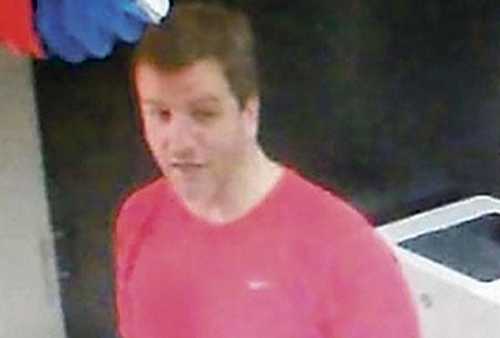 Although the ownership structure of 5Dimes is by no means clear, it appears that the betting site now belongs to Creighton's widow. Rumor has it, though, that she's already wealthy and does not really need to run the sportsbook if she doesn't want to.

Thus, it's possible that others are calling the shots now: people who wish to go in a different direction than the course charted by 5Dimes Tony. They can now claim that 5Dimes' alleged past misdeeds were undertaken solely at the direction of Tony and that with his unfortunate demise, new management intends to act in full accord with the law.

5Dimes had featured a sportsbook, racebook, lottery room, and casino almost from its inception, but it only added poker to its portfolio in March 2006. Since that time, it has hopped around from network to network, utilizing software from many providers, including the Yatahay Network, the Equity Poker Network, and the Winning Poker Network. Most of the time, 5Dimes partnered with several cardroom portals simultaneously, allowing customers to choose which room to play in.

Regardless of who it chose to supply it with poker functionality, 5Dimes always kept its cashier separate. This let it protect its users' funds even when a network that it was doing business with turned out to be insolvent.

In early November 2014, 5Dimes unveiled its own creation: the Grand Poker Network. This was a solution using software developed in-house, and it did not rely on any outside organization. This new room coexisted alongside 5Dimes' “The Shark Tank,” which was a skin of the Winning Poker Network. 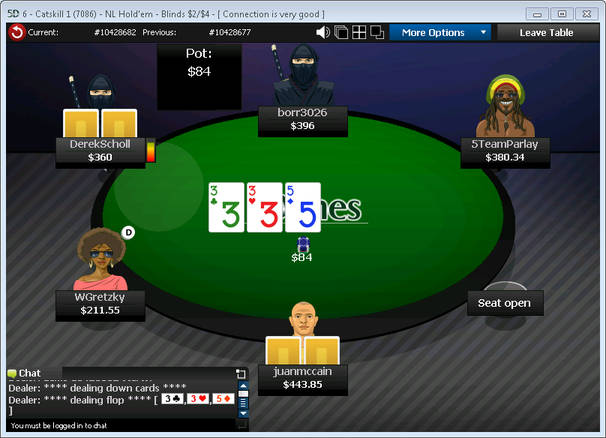 However, in September 2016, 5Dimes ended its relationship with the WPN, and since then it has directed all its poker traffic toward its own Grand Poker Network. The only exception was from early November 2017 through Feb. 19, 2018 when the poker room was temporarily shut down and nobody could play poker at 5Dimes.

Actually, the fact that a gaming product at 5Dimes was closed down in the past but then eventually returned augurs well for 5Dimes' current circumstances. It lends credence to the company's assertion that its abandonment of the United States is only temporary.

Find Another Poker Home If Necessary

We're sad to see 5Dimes disappear as a place to play poker from within the United States. It has speedy payouts, decent software, and a soft, albeit small, player pool. Still, there are plenty of other fine internet poker destinations to enjoy. If you're looking for a trustworthy site, then you can find one with the assistance of this USA online poker guide, which is chock-full of information about the rooms that continue to serve the American market.

Crunchyroll – How to Watch Anime Onli…
With GiftstoIndia24x7.com, this Raksh…
AppStack: Community of Apps Serving A…