Creative Outlier Air: Better than AirPods and Galaxy Buds, half the price

There are few products that come along that I am truly excited about. Audio products tend to fall into that category. I am far from an audiophile— in fact, I’m an audio novice. I know enough not to go grab the $4 Earbuds from the gas stations, but I couldn’t tell you the difference between a $300 pair of headphones and a $10,000 pair of headphones.

Most of my interest is in the $75 – $350 segment of audio products. I’ve never played with the Sony WH-1000xm3’s or the Bose QC 35 MK II (Sony, Bose if you’re reading, call me) but I have gotten to listen to some of my favorite tunes on some great earbuds and headphones throughout the years.

Well, I’m still waiting for some that actually sound great. Sure, there are plenty out there that sound good, but I’ve yet to be blown away by anything truly wireless yet.

For the last month, I’ve been using the Creative Outlier Air and they’re the best earbuds I’ve ever used and it’s not even close. 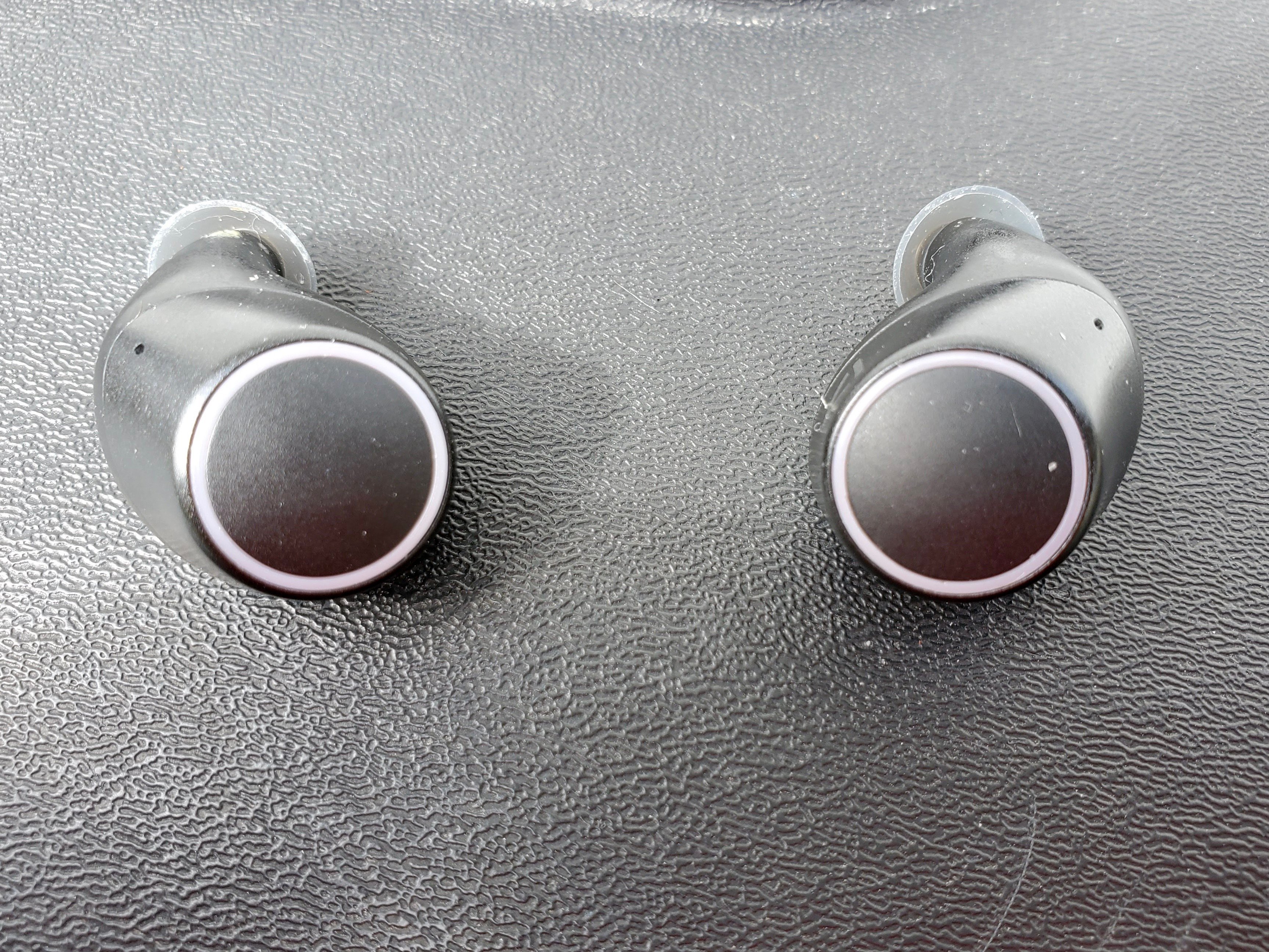 Creative is a name you probably already recognize. It is a pretty famous audio brand that’s known the world over for its high-quality AMPs, DACs, headsets, speakers, and more. Now, it has released the Outlier Air, its first wireless earbuds and if this is any indication of the future, I am truly excited.

Alright, enough hype— let’s get down to it. What makes these things so special is the sound quality, but let’s talk about the physicals first because they’re pretty great too. They’re solidly made but nothing out of this world. They’re a little bulky but sturdy and I have no doubt they’ll stand up to the test of time. Also, they’re IPx5 certified so while they’re great for working out, don’t go diving with these in, if you can avoid it. 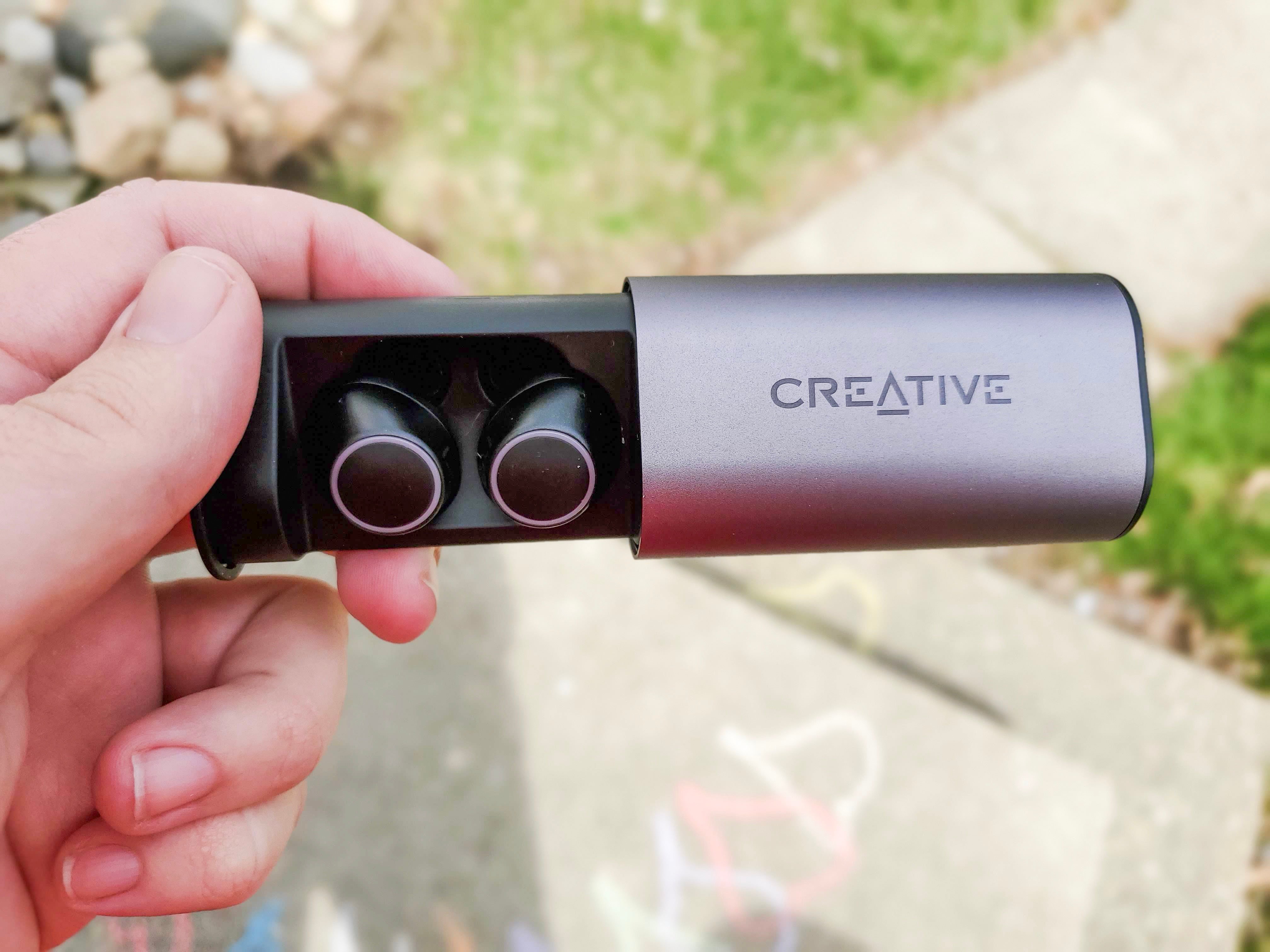 The charging case for the Outlier Air only holds an additional two charges but that equals another 20 hours of listening. Yep, the Outlier Airs are rated for TEN HOURS on a single charge. That blows by pretty much everything on the market and doubles other popular earbuds like the Apple AirPods, Xiaomi Air Dots, and others. I once fell asleep with these in and woke up after a full night of sleep with them still going. They’re incredible.

Going back to that charging case, the build quality is nothing special like the earbuds themselves- not a positive or a negative. They snap shut with a strong magnet and have never come open on their own. There are also four LEDs that light to indicate charging status of each earbud, the charging status of the case and battery level. It’s a nice way of letting you know exactly what’s going on with your battery.

The earbuds themselves have impressive range and connectivity. Like I said before, I’ve been using these for about a month and literally the only issue I’ve ever had with disconnection was, funnily enough, while I was writing this review. The left earbud just lots its connection but I threw them both back in the charging case, took them back out, and they were fine. They also stay connected when I walk throughout the house and has no issue when I am on the other side of multiple walls and doors. It’s another little thing that makes the Outlier Air great. 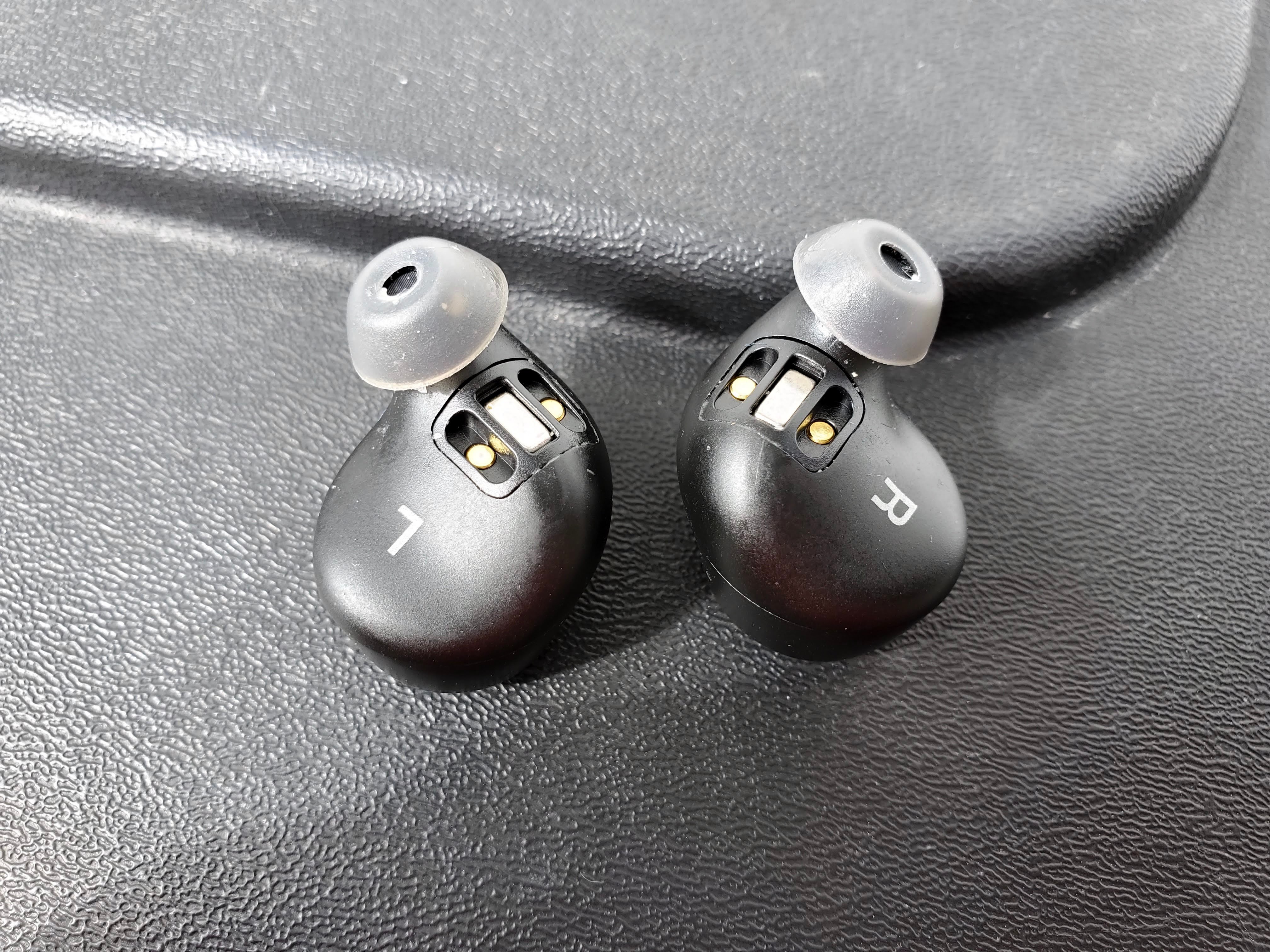 Now, down to the sound. All of that other stuff is great but if they sound like crap there’s no point in picking these up right? Well, Creative used its years of audio experience to craft an awesome audio signature that delivers pleasing music, spoken word, and movie audio.

Highs have excellent clarity without being piercing. Mids are open and forward. Bass is heavy without being overwhelming. Sub bass is a real standout here, although mid bass suffers a little bit, but this is an incredibly minor complaint, especially for earbuds in the sub $100 range. Honestly, I can’t say enough about how pleasing it is to listen to audio with these. They’re my new go-to for anything audio, taking the thrown from my V-Moda Forza Metallo Wireless and LG Tone Platinum SE.

One aspect that makes the audio experience so good is actually the size of the earbuds. They’re a little bigger than one might like but that seals your ear up giving a faux noise canceling effect. No, there isn’t active noise canceling here, but I do have a few pair of headphones and earbuds with ANC and the Outlier Air does a better job of keeping outside sounds out than they do. If you don’t dig bigger earbuds, these may not be for you, but I really enjoy them.

With features like aptX support, quick charging, and the ability to trigger your phone’s personal assistant with a few taps of the buttons on the earbud, there’s plenty else to like here. They also sound fantastic during phone calls with those on the other end being unable to tell I was using earbuds instead of talking to them through my phone. 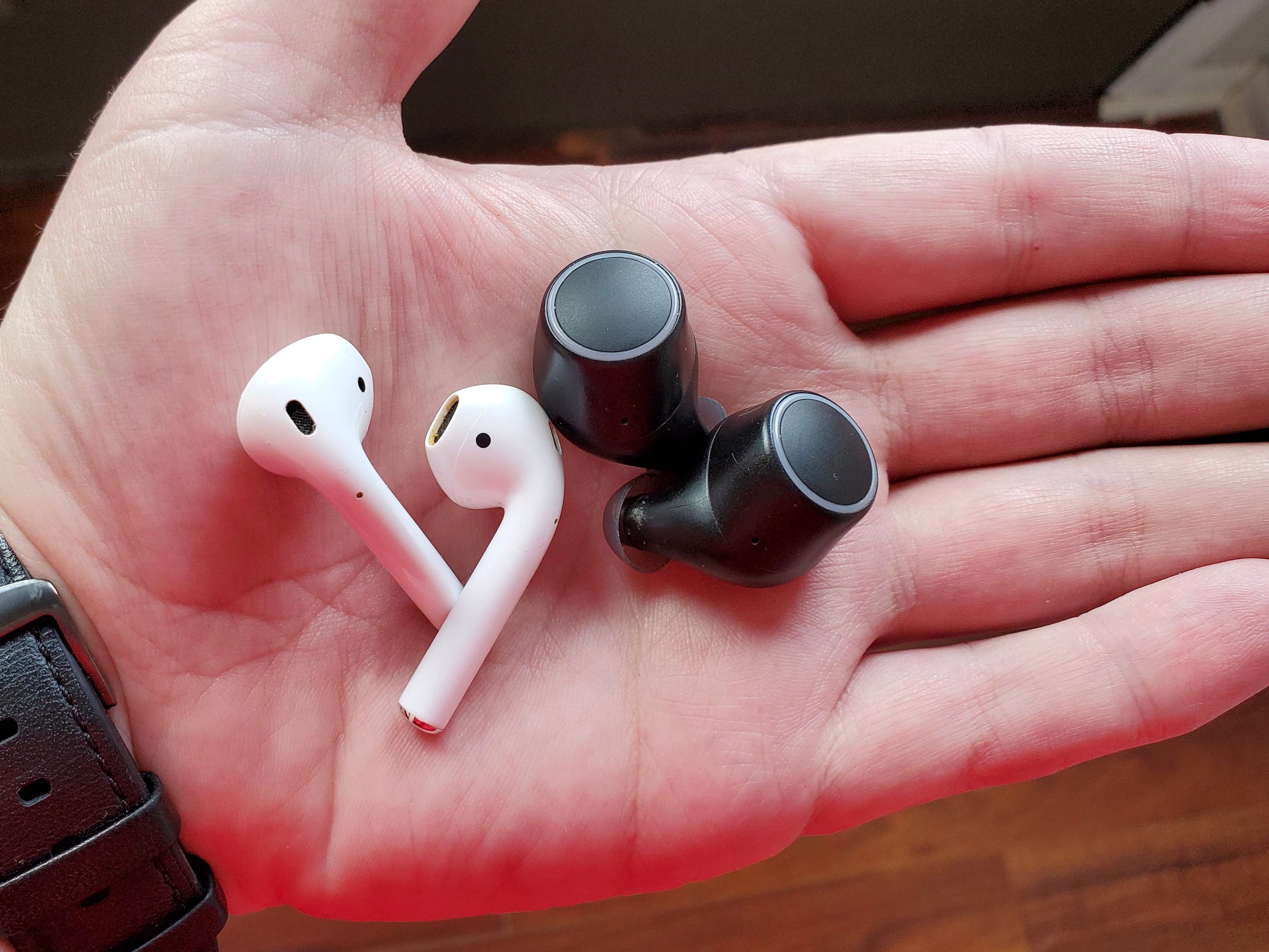 Overall, I think these are the best earbuds on the planet under $200. There are other premium earbuds out there that might slightly edge them out, but these are damn close and less than half the cost. I’m not sure why you’d go out and spend almost $200 on AirPods or $130 on Galaxy Buds unless you really need wireless charging or just want them from the status symbol. Simply put the Creative Outlier Air beat the AirPods in every metric that counts.

You can pick up the Creative Outlier Air for $79 from Creative’s website.

Creative Outlier Air: Better than AirPods and Galaxy Buds, half the price