OnePlus 3 T features Snapdragon 821 SoC, 3,300mAh battery, and Sony IMX398 sensor. Aside from these, 128GB storage and Android 7.0 Nougat has also been rumored in the past. The handset, which is expected to cost around $480, is set to be unveiled on November 15. 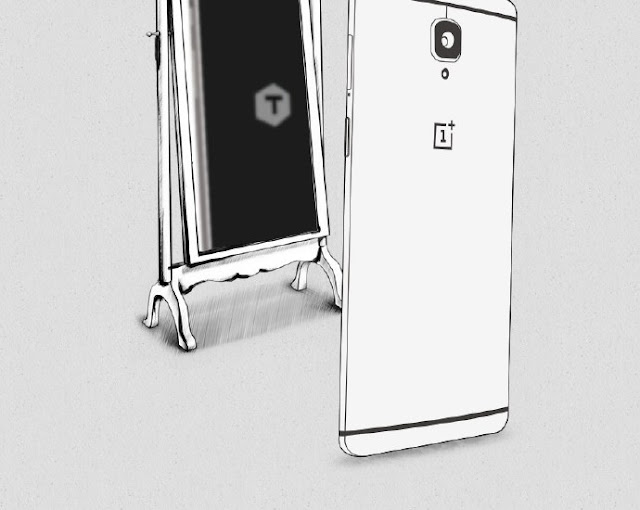 The smartphone, that multiple reports suggest would be called the OnePlus 3T, is likely to be an upgraded version of the company's current-generation flagship phone, the OnePlus 3. Which means, technically, OnePlus would have two flagship phones this year.
Now those who have been actively following the Chinese startup -- although, more than just another startup now -- will know, OnePlus can't afford to launch more than one high-end flagship phone in one year, literally and figuratively. Then again, OnePlus has always been very ambitious. It hasn't been launching just flagship smartphones, but 'flagship killer' smartphones, since the time it made its debut about three years ago. It was only about time that it also launched two, in one year. Samsung does that, doesn't it?
OnePlus 3T: A better OnePlus 3?
Every leak and every rumour; heck even the company teasers all point to one thing. The OnePlus 3T will be better than the OnePlus 3, not very significantly, however. The devil will likely be in the details. The OnePlus 3T will reportedly have a faster processor, a faster camera sensor, latest software and probably a bigger battery. Now, some would say, that's basically an all-new smartphone. It is and it is not.
Here's a quick rundown on the OnePlus 3:
Boasting of a full-metal unibody, the OnePlus 3 ditches OnePlus' sort of iconic sandstone finish design, for a more premium, lighter and thinner experience. It comes with a front-mounted fingerprint scanner and supports both physical capacitive and on-screen navigation buttons and the usual array of sensors like accelerometer, gyroscope and proximity sensors. Also, it retains the OnePlus 2's Alert Slider which is basically a quick notification toggle (all, priority, and none) to quickly sort your app notifications.

The OnePlus 3 comes with a USB Type-C port for charging and data-syncing purposes, a bottom-facing speaker out and dual SIM (nano SIM) support.
The phone has a 5.5-inch full HD AMOLED display with a 1920x1080 pixels resolution. OnePlus is using a home-brewed Optic AMOLED display panel here and claims that it is able to produce "colours that are more vivid and true-to-life than other AMOLED displays while offering excellent battery life." The panel also allows the OnePlus 3 to have ridiculously slim bezels, claims the company. The phone comes with curved 2.5D Corning Gorilla glass 4.
The OnePlus 3 rocks Qualcomm's Snapdragon 820 (clocked up to 2.15GHz) with 6GB RAM and 64GB of internal memory which is non-expandable. The phone supports 4G LTE and NFC connectivity options and runs Android 6.0.1 Marshmallow-based OxygetOS 3.1.2 out-of-the-box with a Nougat update coming by the end of this year. It sports a 16-megapixel camera (Sony IMX 298) on the rear with PDAF, f/2.0 aperture and Optical Image Stabilisation. The rear snapper is capable of recording time-lapse, 4K video and RAW file format. On the front, you get an 8-megapixel camera.The phone is backed by a 3,000mAh battery which is non-removable and supports the company's in-house fast charging solution it calls Dash Charging.
OnePlus 3T: The devil will be in the details
Here's everything that reports are saying about the OnePlus 3T:

The OnePlus 3T will broadly focus on more precision and more power, over its predecessor phone, according to OnePlus. While the first pointer could be related to the phone's improved camera prowess, the second could be talking about its improved processor and bigger battery.
The OnePlus 3 has done well, and chances are the OnePlus 3T could be better. But what about someone who has recently purchased the OnePlus 3?

The OnePlus 3T will reportedly carry the same camera specs as the original OnePlus 3, but will come with a faster Sony IMX398 sensor, under the hood. The Sony IMX398 sensor - to an extent -- is responsible for the Google Pixel's fantastic low-light photography skills. The OnePlus 3 "is capable of shooting some excellent photos in well-lit and indoor lighting situations with good dynamic range and little or no metering issues. Low-light photos are a hit or miss, but at its price point the OnePlus 3 is among the top contenders for the best camera phones of the year in line with phones like the Nexus 5X," is what I wrote about the phone in my review. Basically, the OnePlus 3 is a pretty good camera phone at its price point. A Sony IMX398 sensor should give its camera a major boost.
Moving on, the phone will definitely come with a Snapdragon 821 processor, which although is currently the fastest mobile processor in the world, is only just a slight upgrade over the Snapdragon 820. You can look at it as a slightly over clocked (2.35GHz) version of the Snapdragon 820. But then, having a Snapdragon 821 processor would bring the OnePlus 3T in the same league as the Google Pixel.
The OnePlus 3T may also come with a bigger battery ranging anywhere between 3,500 mAh to 4,000 mAh. The OnePlus 3 has decent battery life (above-average), if not the best. Moderate to extreme usage saw us charging the phone twice on a working day. OnePlus may be looking to change that by harboring a bigger battery inside its next iteration. Of course, Dash Charging would ensure the phone charges like a bullet.
The OnePlus 3T will also reportedly come with Android Nougat straight off the bat. OnePlus is known to take its own sweet time to update its phones. With that in mind, the company is working to merge its global Oxygen and China-specific Hydrogen ROMs into one unified entity. This is to, besides giving out the general impression that it is taking software updates very seriously, streamline the two products and offer users the best of both worlds. The OnePlus 3 OxygenOS 3.5.1 community build was the first (concrete) brainchild of the merger. It is yet to be seen whether or not the merged ROM will available in time for the OnePlus 3T market availability.
Despite ongoing rumours that OnePlus will put an LCD display in its upcoming phones due to a shortage of (Optic) AMOLED display panels, the company co-founder Carl Pei has reiterated that "OnePlus will be staying with Optic AMOLED displays for the foreseeable future." Chinese OEMs like OnePlus and Xiaomi have so far refrained from using a higher resolution display in its phones due to budget and battery concerns. Although, a 2K resolution screen would seem appropriate for the OnePlus 3T to make it qualify a thorough upgrade of the original, it wouldn't be surprising if it comes with the exact set of display parameters as its predecessor.
OnePlus 3T: The upgrade will cost you
According to serial tipster @evleaks, the OnePlus 3T will be priced at $479, which roughly translates to Rs 31,000. Now, the OnePlus 3, although a fantastic smartphone, was subject to some criticism when it was launched, for its more than expected price tag. The phone retails at Rs 27,999 in India. A company like Xiaomi has, until now, shied away from bringing its more expensive phones to India, because well, it isn't ready yet. The Mi 5 high-end version wasn't brought to India, just because it would have cost somewhere around Rs 30,000. OnePlus, on the other hand did not have a choice. It had just the one flagship phone to contend with. Now that it would have two, it would be interesting to see how things pan out for the Indian audience.
The OnePlus 3 has done well and the company has been struggling to keep the phone in stock. But then, OnePlus has always been that way. Its phones have always been in such demand, that it hasn't been able to meet each and every one of them. It would also be interesting to see how things pan out for the OnePlus 3, once the OnePlus 3T is out. Chances are, OnePlus may discontinue it. Maybe it won't. Only time will tell.
OnePlus 3T is bad news for OnePlus 3 owners
The OnePlus 3 has done well, and chances are the OnePlus 3T could be better. But what about someone who has recently purchased the OnePlus 3? The phone was launched in June, and already, OnePlus is looking to replace it with a more powerful and a more expensive smartphone. The OnePlus 3T is shaping to be a minor upgrade, but it is an upgrade nonetheless. Someone who has recently purchased the OnePlus 3 would likely feel cheated if the OnePlus 3T ends up being better, which it would. Yes, it would cost more but the OnePlus 3 isn't exactly cheap as well when compared with the company's previous launches.
Moreover, once the OnePlus 3T is out, the future of the OnePlus 3 would likely be at stake. OnePlus will have to answer all these questions. Thankfully, November 15 is just a day away.

EXODUS 1 Smartphone: Co-Developed By …
Afraid or not, life still marches for…
How Thieves Steal Your Credit Card In…
NIAGARA COUNTY BITES BACK AT BED BUGS
Three Facts about God’s Plan for Your…