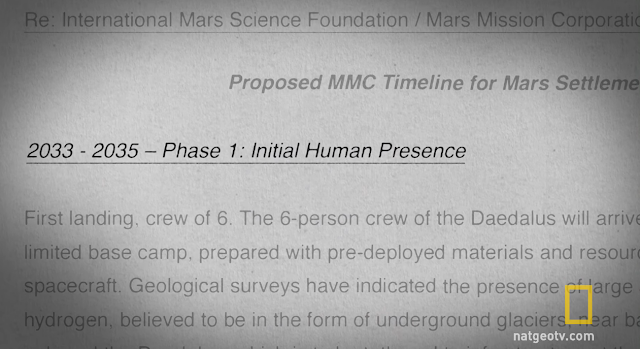 The first episode looks like a documentary made in 2033 about the pioneers of the Mars movement. So we see interviews of people like Elon Musk and they talk about the Space X program.

As clever as the science future element is, there is a fictional story here as well, concerned with troubles that happen on the approach to Mars and the landing. This part of the series is lacking, not merely in character development, but also in action. I can only hope it gets more interesting from the POV of the fictional story.

Nat Geo's MARS covers everything that is relevant to the discovery of Mars and its relevance for humans today. It delves into the concepts that discuss humans setting to leave earth and to find a home on the red planet.

The mix of fiction and documentary works really well. Sure this is not your average Netflix series, but hey it's Nat Geo, so it had to have a strong documentary foothold. No ? It gives credibility to the whole thing. What spax are doing is just incredibly visionary. 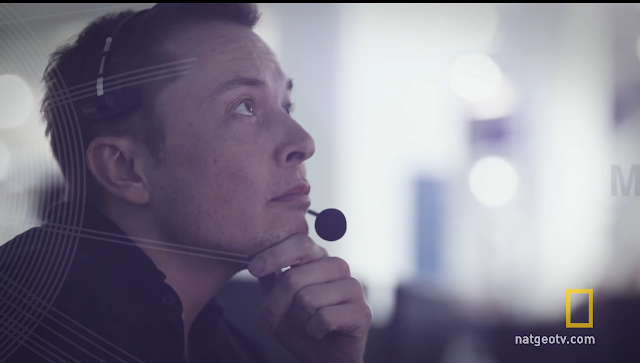 The six-part global event series tells the inspiring story from the vantage point of a fictitious crewed mission to Mars in 2033. Directed by celebrated Hollywood director - Ron Howard, the global miniseries event MARS blends feature film-caliber scripted elements set in the future with documentary verité interviews with today’s best and brightest minds in modern science and innovation, illuminating how research and development is creating the space technology that will enable our first attempt at a mission to Mars.

Vechain Blockchain Technology Powers …
Testing 1,2,3. Checking in to see if …
Why Affiliate Marketing For Seniors I…
Promote the Common Good
A guide to male enhancement – Tacklin…