I’ve used my 450SLC on a few spirited drives lately.    With the new injectors its been running really nicely.    However, on the way back from the most recent night drive, the pedal became really spongey on the way home.   Luckily it was late at night with few cars on the road so I was able to drive it home gently.

Car Sex The Best 6 Positions
Best French Press Travel Mugs for Tas…
Types of Bathroom Taps for your Home
Top 5 Budget Phones Under $200 In 202…
Learning from LadderLeak: Is ECDSA Br…

The next day I had a quick look under the car.  I noticed there was a lot of Brake Fluid on the drives side rear tyre.   Looks like I had a Rear Brake Fluid leak on my 450SLC. 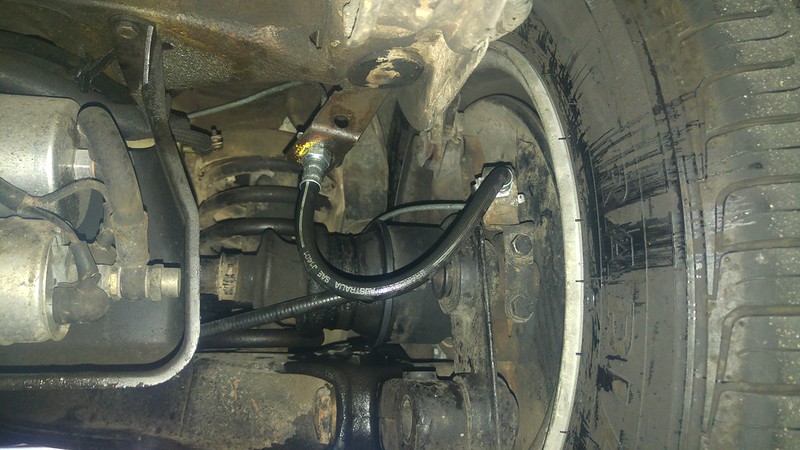 I was going to put the car up into the air and have a look, but it occurred to me that I had the lines and hoses replaced by a shop less than 12 months ago and it might be a better idea to take it back there and let them take a look.   Turns out it was as the rear Brake Fluid Leak on my 450SLC was caused by a hole in one of the new brake lines.   The reason it had a hole was that the line was ever so slightly too short and when the suspension was on full travel it would nick the line and after some spirited driving and done so enough to create the hole.

They replaced the line at no charge and re-bled the system.  Once done, I was back to good breaks again on the 450SLC.   Pretty good customer service I think.  I still have a few more things to do on the 450SLC.   It feels like I have a bad transmission mount and I probably need a new fuel accumulator.   I have already purchased those parts.   The car also needs a pinion seal on the diff but I don’t think I will try that job myself.