Earlier in the week I had identified the lack of Instrument Cluster lighting was due to a crack in the instrument cluster circuit board.  The crack was causing an intermittent broken circuit.   I wasn’t able to find much on the internet about Citroen DS Instrument Cluster Repair.  Looking at the board it looked like a very simple design.  That gave me the confidence to come up with my own solution.

The easiest course of action would have been to solder a wire in place.   I didn’t go with that approach as there is no soldering used on this circuit board at all.  It uses rivet looking connectors to take the power to the other side.    I wasn’t sure how well the backing would hold up to the heat and was worried about the solder breaking off.  The board flexes each time the power connectors are removed or installed and it can get hot in behind the dash.

The copper tracks on the board are particularly wide.   This gave me enough room to drill small holes in strategic spots.  I chose spots that were wide enough so I did not touch any other tracks.   I then used conductive screws to bring the power to the back of the board where I could use wires to get past the crack.    The bolts are 3mm. 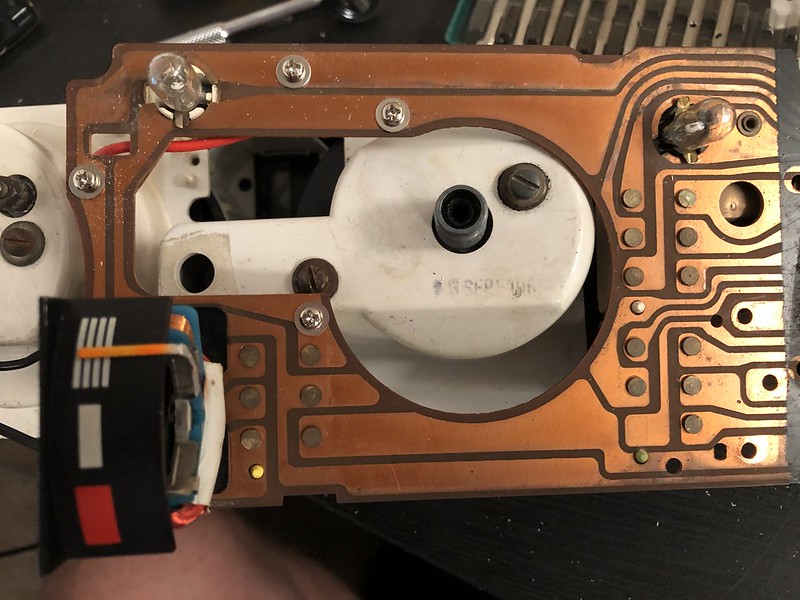 The four screws are set up so I can bypass the break.  The break is near the square hole in the top left of the picture.   The outer track is for ground and the inner for +12v.   The screws stick up a bit more than the rivets do, but they are quite secure and are not going to come off over time.    You don’t want normal screws at the hardware store as most of them are coated and have low conductivity.

The picture above also shows my quite rare temperature gauge.  This was generally fitted to cars in very cold climates only.  It is very useful in hot ones too! 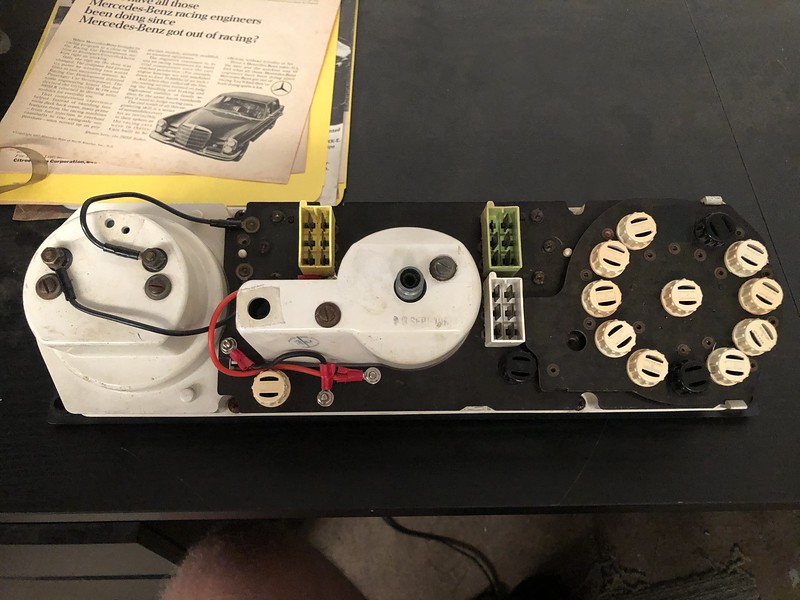 Once the screws were in place I was able to create two lengths of wire and crimp eyelet connectors on each. This is a similar approach to the tachometer.  The tachometer uses the rivets instead of the screws though.    It was then a simple matter of connecting up the wires around the back of the speedometer.  The wires are tucked so they should not be in the way.   The only downside is the board sits up a bit  more on this corner.  The bulb just near the wires leaks a little light because it is sitting up.

Once I put the cluster back in I was rewarded with lights that worked without flickering or pushing on the cluster. 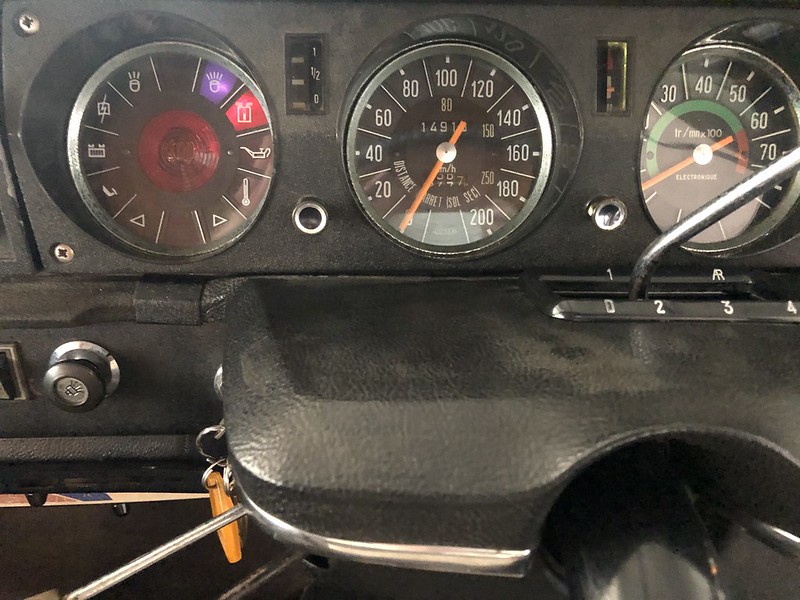 While I was at it, I also swapped over the petrol gauge from the parts cluster.  It was in much better shape than the one on the car.    I have not yet taken the car for a test drive, as the weather in Sydney has been poor.  I expect my home Citroen DS instrument cluster repair to hold up well.