Finally, Xiaomi has started rolling out Android 10 based MIUI 11 stable update in India for Redmi K20. Yesterday, the company rolled out the Android 10 update for Mi 9T. Now it lands on the Indian Redmi K20 in the form of a stable update. The update bags December 2019 security patch, a bunch of system improvements, MIUI 11 alongside with all the basic features of Android 10. Here you can Download Redmi K20 Android 10 Update [Stable India Firmware]. 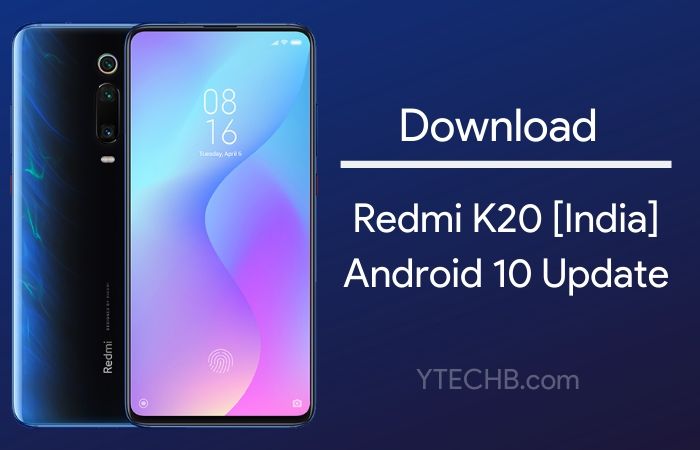 After testing the beta update, the company finally rolls out the stable release in India. There are some users reported on social media and MIUI community of users receving MIUI 11 update in India. This is an OTA (over-the-air) based update, it is currently seeding in India and land soon on every Redmi K20. Luckily, we found the firmware by which you can manually update your smartphone. So, If you’re in a haste and want to taste all the features of Android 10 then you can grab the firmware from the download section.

The update brings a bunch of improvements to the system like, new localized security payment icon, images overlap in scrolling screenshot issue, and a few others have fixed in this update. It also bumps up with a bouquet of cool new features that we’ve seen in the MIUI 11 alongside with Android 10. The update gains version number V11.0.1.0.QFJINXM and weighs around 2.2GB in size. Here’s the complete changelog of this update:

The Android 10 stable Update is now available to download for Redmi K20 in India. It is an OTA update which will arrive on your phone anytime soon, but you can also download and immediately update your smartphone if you want. It brings the latest version of security patch along with a bunch of new features. Here’s the download link.

How to Install Android 10 Update on Redmi K20

All done. Now you can start using your Redmi K20 running on Android 10.